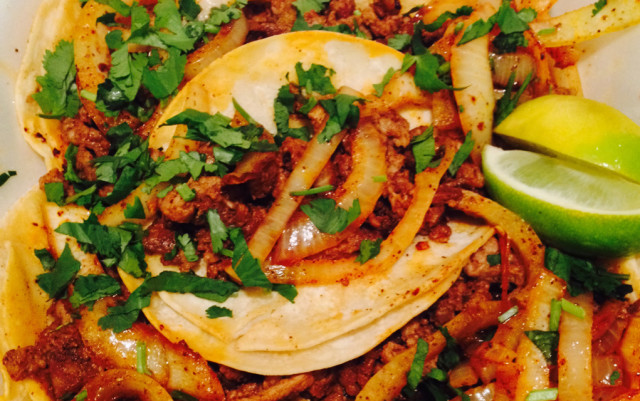 Once relegated to geographic pockets, the taco stand has now become a fixture across the culinary map of America. The taco is the paradigm of handheld street food, and there is no better way to hand-off that street food than via stand or truck. Why muss up a simple process with brick and mortar, when wheels and sidewalks are all that’s necessary for a successful, gratifying taco exchange process?

So if we view the taco truck or stand as integral to a vibrant food scene, then it’s hard to have enough. In Boulder County at least, we don’t have enough. But Los Dos Bros Mexican Food launched their food truck enterprise recently, slinging mostly tacos, and so far, so good.

The truck is a simple trailer with glass windows on 50 percent of the façade, letting passers-by look into the operation. I stepped up to the truck early in the shift one recent evening, when only uno bro was working, lamenting the fact that the dos bro hadn’t arrived yet. As uno bro in a set of dos bros myself, I found uno bro’s frustration over dos bro’s absence both highly believable and endearing. 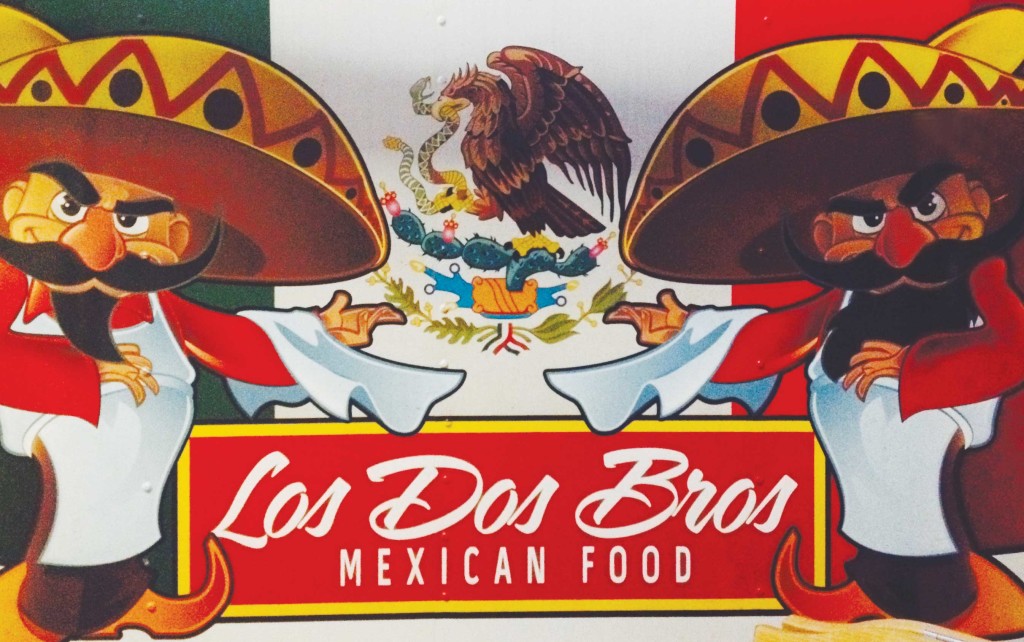 But even though Los Dos Bros are still unclinking their business clanks — there was a long period of waiting for a salsa container, and a patron behind me shivered for a while before her order was taken — the present bro worked furiously on the open skillet and assembled and packaged three taco platters in relative no-time. I order tacos al pastor, asada and seafood.

The tacos each came assembled in a container, laid open-faced with meat and fixings piled artfully on top of double-backed, fun-size tortillas. Plops of rice and beans came on the side, and “Cuidado! Muy Caliente!” red salsa that really is quite caliente, even muy, is available to squirt onto any- and everything.

The tacos al pastor were comfort bombs made for the hungry and tired. The pork meat was spiced well, with substantial heat, and ample, large chunks of pineapple adorned the spread. Big slivers of grilled white onion added crunch to the tacos, and brought out the sweet pucker of pineapple. Browning from the grill on the onion and light char on the tortillas added a slightly bitter crunch.

The asada tacos were a simpler affair. Again, an ample amount of meat was piled onto five open-faced tortillas, with browned onion and cilantro. Lime juice, squeezed by the eater, brought out the black pepper and char of the steak, the sweetness of the onion and the bite of cilantro. The meat was tender, though not as fully broken down as it could’ve been, and substantial.

The seafood taco was a great surprise. Big chunks of blackened shrimp and white fish were placed underneath a small amount of crispy coleslaw and a spicy chipotle sauce. The fish was expertly cooked — tender with just a bit of crunch from the blackening — and the shrimp was plump and provided a nice textural balance to the fish. The whole taco felt out of place in Colorado, where I’ve found it hard to find reliable, fresh, casual seafood. It’s a credit to Los Dos Bros that they secured such quality seafood and prepared it simply and well.

In fact, in the spirit of its food truck and taco-purveying brethren, Los Dos Bros make simple food at low cost in a casual setting. They fit right into a growing Boulder County casual food scene.