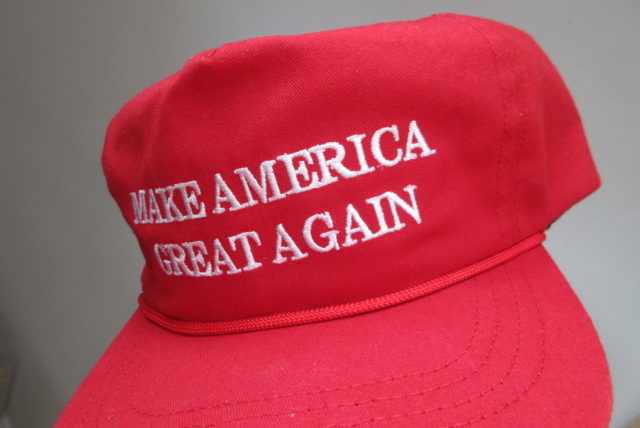 At the end of the 1950s, the organizers of the planned four-year-long official centennial celebration of the Civil War decided to avoid mentioning slavery or emancipation as much as possible. Historians Maurice Isserman and Michael Kazin tell the story in America Divided: The Civil War of the 1960s.

They note that the commission presented the war as “a kind of colorful and good-natured regional athletic rivalry between two groups of freedom-loving white Americans.” The commission’s brochure, called “Facts About the Civil War,” described the military forces of the Union and the Confederacy as “the Starting Line-Ups.” The pamphlet didn’t include the words “negro” or “slavery.”

The war inspired “the beginning of a new America,” according to Carl S. Betts of the federal Civil War Centennial Commission. He said:

“The story of the devotion and loyalty of Southern Negroes is one of the outstanding things about the Civil War. A lot of fine Negro people loved life as it was in the old South. There’s a wonderful story there — a story of great devotion that is inspiring to all people, white, black or yellow.”

Things started going haywire. The first scheduled observance was to be the commemoration of the Confederate attack on Fort Sumter in South Carolina. The commission called a national assembly from participating state civil war centennial commissions in Charleston.

A Black delegate from New Jersey was denied a room at the headquarter’s hotel due to the state’s segregationist laws. In response, four Northern states announced they would boycott the meeting.

Newly inaugurated President Kennedy suggested that the business meetings be shifted to the non-segregated federal Charleston Naval Yard. Then the South Carolina commission seceded from the federal commission. Ultimately, there were two separate observances.

President Eisenhower created the commission. It was led by Major General Ulysses S. Grant III, a grandson of the Union’s predominant commander, and his deputy Karl S. Betts, a public relations expert and former high-school friend of the president. Historian Robert J. Cook says, “Both men were hard-line anti-communists, conservative Northern Republicans who conceived the centennial as a compelling national pageant that would genuinely excite Americans, young and old.”

Cook writes that in Montgomery, Alabama — the first capital of the Confederacy — the centenary of Jefferson Davis’s inauguration as Confederate president was celebrated with beard-growing contests in period costume, a Confederate belle beauty contest and a spectacular fireworks display.

Meanwhile, the state’s governor, George Wallace, would become a national figure challenging the federal government and the Civil Rights movement. White supremacists would go on a bloody terrorist rampage throughout the South.

Under Kennedy, Grant and Betts would be replaced by professional historians, Allan Nevins and James I. (‘Bud’) Robertson. In 1962, the re-organized commission hosted an event at the Lincoln Memorial to commemorate the issuing of the preliminary Emancipation Proclamation.

In 1964, President Johnson signed the Civil Rights Act and told an aide that the white South would now become Republican for a generation. That was an understatement.

Mainstream historians accepted the Confederate view of the war for many decades.

Deeply racist books and movies like Birth of A Nation and Gone With The Wind influenced the public.

The progressive social movements of the 1960s and 1970s shook things up, and this was reflected in new historical scholarship and popular culture. The post-war Reconstruction Era had been portrayed as a dark time when savage former slaves and corrupt Northern whites ruined the South. The new historians portrayed the period as a grand experiment which granted equal citizenship to Blacks and established public school systems.

They were inspired by a 1935 pioneering work on the era by Black historian W.E.B. DuBois.

The Southern white elite would fight back with terrorism through the Ku Klux Klan. They were shocked at how many poor whites were joining the Republicans. Meanwhile, the Northern economic elite became alarmed at the militant unrest of immigrant workers in their region. They became sympathetic to their class brothers in the South and there was a national reconciliation in 1876.

Today, the party of Lincoln favors a new white nationalist order. Or maybe they just want to turn the clock back to the 1950s? Or maybe the 1850s?