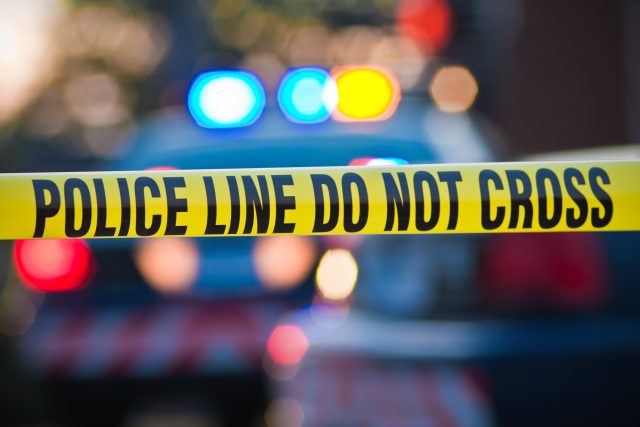 In November 2020, the City of Boulder established a Police Oversight Panel after a series of incidents in which Boulder police officers used excessive force and unjustly targeted community members. However, in the years since the panel was formed, the committee has not been empowered to address issues of discipline, foster public discussion, nor drive systemic change for policing in Boulder.

After a panel member recently resigned in protest, the efficacy of the panel’s charter has been called into question and disagreements between the panel and the chief of police have become public. Following these incidents, members of the Boulder Police Foundation, the pro-police group Safer Boulder, and Boulder Police Chief Maris Herold have added new layers to the tension by challenging the selection of the new appointees to the oversight panel.

Boulder’s push to create a police oversight panel began in 2019 after public outcry about the treatment of Zayd Atkinson, a Black student at Naropa, who was confronted by Boulder police and surrounded by officers while picking up trash outside of his apartment. The incident drew national criticism, sparked a large protest in Boulder, prompted Boulder City Council to host a community meeting, and led to the implementation of the Police Oversight Panel.

As outlined in Boulder Ordinance 8430, the Police Oversight Panel reviews complaint investigations and case files, and makes recommendations to the Boulder Police Department’s Professional Standards Unit, which conducts investigations. Boulder Police Department’s (BPD) chief of police receives recommendations and makes a final determination on the conduct and any associated discipline.

The challenges to effective police oversight became apparent in the past year. The second annual report on police oversight highlighted a particular incident where the oversight panel disagreed with the assessment of the police chief regarding use of force. “Panel members were given body camera footage from the June 2021 arrest and said they saw an officer place his knee on the child’s neck,” according to Boulder Reporting Lab. A panel member described that use of force against a child as unnecessary, but “The police chief disagreed with the panel’s disciplinary recommendations and exonerated the officer.”

A second, widely reported incident saw BPD give minor discipline to detectives “who failed to investigate a ‘large number’ of cases” in violation of department rules, according to Boulder Beat. While the oversight panel recommended termination for all personnel involved, the ultimate penalties given by the Boulder police chief were a suspension of less than a week, with one officer receiving a one-year “letter of reprimand.” One officer resigned. Over the course of the investigation, oversight panel member Martha Wilson “resigned as a direct response to the panel’s lack of authority, and ability to discuss specifics for a recent case,” as reported in the Daily Camera.

The challenges of Boulder’s Police Oversight Panel are well known to Boulder City Council. City Attorney Teresa Tate is working right now on immediate changes, as reported in Boulder Reporting Lab. Now, Council is set to appoint five new members for the panel, but they have a new obstacle: a coordinated effort from members of the Boulder Police Foundation and citizen’s group Safer Boulder to block some of the appointees. On Dec. 15, Council removed the appointments from their consent agenda and asked the oversight panel selection committee to reaffirm its appointees.

An open records request relating to this delay found a number of emails sent to Council and City staff from individuals connected to Safer Boulder, a group which organizes in favor of more policing, often to increase patrols and sweeps of unhoused people in Boulder (Read “Who is Safer Boulder?” in Boulder Weekly, Sept. 30, 2021). The emails were a coordinated campaign to block a specific appointee for her observations and commentary on police actions in Boulder. This candidate is “highly qualified… a unanimous choice… she clearly has integrity,” per Jude Landsman, the NAACP representative on the selection committee, as reported in the Daily Camera.

The records request also revealed an email from Chief Herold to a Council member that afternoon responding to a request to meet, saying “I would really like the opportunity to discuss the panel and obstacles we perceive.” Thus at the same time that the Boulder Police Foundation and Safer Boulder were working to block appointees to the police oversight panel, the chief of police was communicating with members of City Council about the panel. This raises the obvious question of whether the panel is being given the independence the community demanded.

Since these events, the selection committee has reaffirmed that the appointees fully comply with the criteria in the city code, and the committee has asked Council to approve this slate. Undaunted, the BPF and Safer Boulder are pushing back again on multiple nominees and on the selection committee itself, seeking to prevent an effective oversight panel that will provide a high level of scrutiny. It appears that these groups fear the effective police oversight that our city desperately needs.

A strong and ethical police department should welcome the opportunity to prove their effectiveness, not run from it. I urge our council to move swiftly to ensure the strong, effective, and independent oversight that was intended at the police oversight panel’s creation.