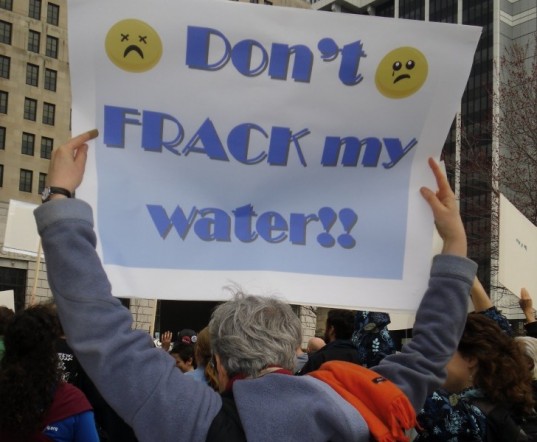 Hands down easiest prediction for 2012: Boulder’s hyper-active activists will take time out from their busy schedule of sabotaging American food production to sabotage American oil and gas production.

The attack on food production took the form of an attack on genetically modified organisms (or “crops,” as we used to call them). Local activists launched a three-year campaign against growing sugar beets on Boulder County open space that had been genetically modified to resist the pesticide Roundup. Both the beets and Roundup are produced by Monsanto Corp.

The campaign had no discernable purpose other than to give activists a platform from which they could talk Marxist trash against Monsanto and American business generally. Since 99 percent of the sugar beets grown in the U.S. are Roundup Ready, banning them from open space would be like slamming the barn door after the chimera got out. So after listening to hours of testimony from dozens of earnest, knuckle-dragging little green luddites, the county commissioners approved the beets and a process for vetting other GM crops.

Time to Move On, as they say in the activist game. And the obvious place to move on to is oil and gas produced by hydraulic fracturing, or “fracking.”

First, some background. Fracking involves injecting large quantities of water, sand and chemicals down wells to fracture non-porous but hydrocarbon-rich rock formations and release the gas and oil trapped in them.

There is nothing new about fracking.

Oil companies have used it for around 60 years, and in that time more than 1.1 million wells have been fracked worldwide — without causing the sky to fall or much other environmental damage.

What is new is that fracking has been combined with a second oil and gas production technology called horizontal drilling, which allows the drill string in a well to be turned 90 degrees and drill a shaft for a mile or more into a layer of oil-bearing rock that might be, for example, 40 feet thick. This means the well passes through a mile of oil-bearing rock instead of the 40 feet of oil-bearing rock that would have been penetrated if the well were drilled vertically through the same layer of rock, which makes the well much more productive.

The combination of horizontal drilling and fracking has made it both technically and economically possible to produce enormous quantities of natural gas and, more recently, oil trapped in shale.

Estimates of U.S. natural gas reserves have more than doubled in less than a decade, to a 65-year supply at present rates of consumption (about 20 trillion cubic feet a year) — and are almost certain to grow, since only a fraction of U.S. shale deposits have been tested.

In Colorado, there’s about to be a big oil and gas boom in the eastern part of the state: Weld County, east of Boulder, will be in the thick of it. It will be an irresistible attraction for activists desperate to occupy the Next Big Thing and talk trash about Big Oil.

So in the coming year we will hear all sorts of arguments against fracking, but the central one is this:

Fracking can contaminate groundwater, either with the chemicals in fracking fluids or by allowing gas or liquid hydrocarbons to seep into water wells.

The objection is lame. Fracking usually happens a mile or more below the water table, so seepage doesn’t occur. An MIT investigation of anecdotal reports of methane (natural gas) contaminating water wells near fracked well sites found that the contamination that actually occurred came from faulty installation of well casing, which can happen in conventional oil wells and has nothing to do with fracking.

A second argument against fracking is that oil companies have kept the chemicals in fracking fluids secret. More recently though, some companies have revealed what their fracking fluids contain. Typically they’re 99 percent water and sand. Much of the rest is pretty benign stuff, like guar gum, which is also used to thicken ice cream. The nastier components include hydrochloric acid and some organic compounds, like petroleum distillates and ethylene glycol, which are only slightly nastier than what typically comes out of an oil well anyway.

But the fracking genie is already out of the bottle and can’t be stuffed back in.

The real counter-argument to anti-frackers is that even if fracking is as bad as they say, even 10 times as bad, the damage is acceptable, given the benefits.

Those include U.S. self-sufficiency in natural gas for the foreseeable future, and a dramatic reduction in U.S. oil imports. If those imports could be cut in half, it would save at least $300 billion dollars a year. A 50 percent cut in U.S. oil imports could also break the global price of oil and defund the oil states that sponsor and enable Islamic terrorism.

Fracking is vital to national security, in other words — never mind the environmental benefits that would come from replacing a billion tons of coal with natural gas, which would produce about 1.5 billion fewer tons of CO2 a year.

Those who attack it are indifferent to both greenhouse gas production and the “blood for oil” implications of continued reliance on imported crude.