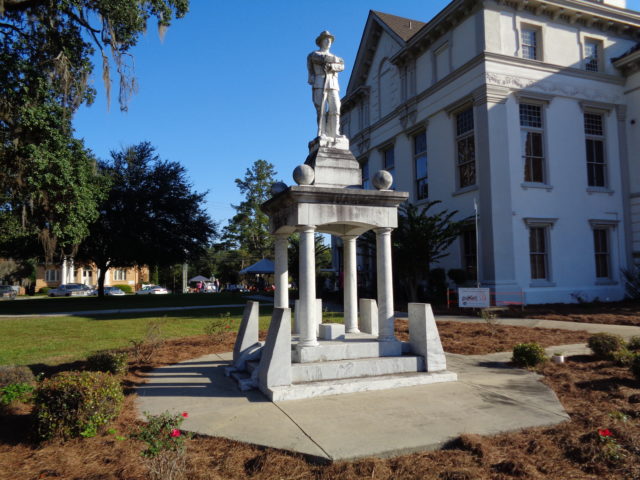 It was one of those war stories that if it wasn’t true, it should have been.

I first heard it in the 1960s during a bull session with CU political science professor Conrad McBride. I was one of Mac’s graduate assistants at the time. So was the other guy in the room, but he was 10 or 15 years older than I was — old enough to remember World War II and its aftermath.

It seems hard to believe that someone could lose a tank or a plane, but, hey, it was a big war and there were lots of tanks and planes to keep track of.

So what happened to someone who dropped a bomber or a tank through the cracks? According to the story, Uncle Sam billed him for it.

Twenty years after the war there were guys who were still having part of their pay garnished every month to compensate the government for a missing Flying Fortress or Sherman.

Like I said, I don’t know if the story is true or urban legend. But it strikes me that this would be a great way to settle accounts with the excitable boys and girls who are tearing down historic statues and defacing monuments around the country: Bill them for the cost of the statues and the cost of replacing them.

In addition to whatever criminal penalties might be involved for destroying government property, bring a civil action against the perps for the cost of the original statues (adjusted for inflation, of course), the cost of replacement statues, and for the pain and suffering inflicted on the American people by their vandalism.

And spare no expense in making the replacement statues vandal-proof. For instance, the originals were made of bronze or brass (thus the green patina), but since vandalism is now an issue, the replacements should be made of something more robust. Solid stainless steel and titanium alloys for instance, with some cobalt mixed in. (The last is currently selling for a bargain-basement price of $33,000 a metric ton, which is about a third of what it was going for just a few years ago).

Price should be no object, except to run it up to discourage future vandalism. And to make sure the price is robust, project management could be put in the hands of the Department of Defense (which knows a thing or two about cost over-runs) instead of the Park Service.

So say a new statue of Ulysses Grant or Chris Columbus costs a couple million. The members of the mob who were directly involved with tearing down the old ones probably number no more than 100. That works out to $20,000 per vandal. Make them pay it off at a rate of $1,000 a year plus interest for 20 years, or around $100 a month. That won’t pauperize anyone, but it should sting enough to discourage most of them from seeking a career in iconoclasm.

A further question is should Confederate statues be replaced, considering that they were statues of men who committed treason.

(Treason is defined in the Constitution as “levying war against [the United States], or in adhering to their enemies, giving them aid and comfort.” That pretty much covers anyone in the Confederate army who rated a statue.)

The answer is yes, their statues should be put back up. Those statues were accepted by the winners of the Civil War as a way of letting the losers, even though they were traitors, know that they would be accepted back into the Union as U.S. citizens, instead of being permanently branded as traitorous pariahs.* Given the way they treated Black people for the next 100 years, like shit, that may seem like giving away a lot, but it was part of the price of reuniting the Union.

Even after 150 years, toppling Confederate statues may be tearing the scabs off old wounds, and in the present climate they could fester and become infected. We should be careful about going there.

As for the latter-day iconoclasts, they are a bunch of grubby American Red Guards, as stupid as they are vicious. Their goal is not racial reconciliation. It’s Marxist revolution, or worse, nihilism. And in the best tradition of their Maoist role models, they see making Americans loath their history and then themselves as a pathway to this. They are not American social justice warriors, and they should be made to pay for the damage they do.

Tthis opinion column does not necessarily reflect the views of Boulder Weekly.

*Editor’s note: No. Most Confederate statues were erected around the turn of the 20th century and coincided with the rise of Jim Crow laws.