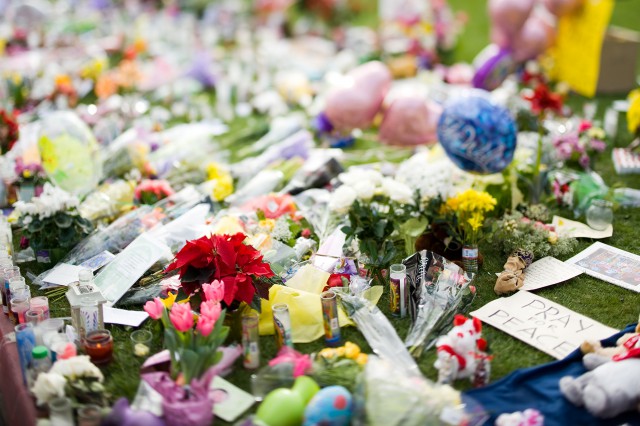 What can be done to keep whackos like Jared Loughner from trying to assassinate congressmen, senators and presidents?

1. Gun control. Gun control won’t work, because there must be 100 percent compliance for it to succeed. If 99 out of 100 people go weaponless and the 100th shows up with a gun and the intent to commit mass murder, mass murder ensues. As it did at Virginia Tech in 2007. As it did in Tucson on Jan. 8. Beyond that, gun control won’t work for the same reasons prohibition didn’t work and then some: Trying to ban something people want and feel they have a fundamental right to own will result in tens of millions of people ignoring the law and in the emergence of a huge black market that supplies the banned item.

2. Speech control. Putting restrictions on incendiary speech, if not banning it outright, which a lot of progressives seem to favor, won’t work for the same reasons gun control won’t work. Americans consider speech a basic human right, and they will not long abide restrictions on it, even if it is rude and hateful. And in the age of the Internet, personal computer, cell phone, photocopier and fax machine (for starters), shutting them up is impossible, short of transforming the country into a North American North Korea. As for the supposed coarsening of the country’s public discourse, America has a 234-year tradition of hard-edged political speech, and it’s not about to change. Live with it.

3. Nut control. Identifying whack jobs like Loughner and intervening (whatever that means) won’t work because even if we can identify the truly dangerous cases, there’s not much that can be done about them until they actually go crazy shooting. Detaining people because they might do something in the future conflicts with that pesky right of habeas corpus, among other things.

4. More cops. More cops might stop more burglaries or robberies, but they’re not much use against assassinations and massacres. Assassinations and massacres are surprise attacks, and police departments aren’t set up to prevent them. (When seconds count, the gallows joke goes, the police will be there in minutes.) Nor would you want them to try. The whole point of Congresswoman Gabrielle Giffords’ Congress on the Corner town meetings was to connect with the people she represents. That’s tough to do when you can’t convene a public meeting without the SWAT team sursee rounding you.

The truth is, there is very little that can be done about attacks like Loughner’s, because the changes in law and in the way we live our lives that might make a difference are fundamentally incompatible with freedom as we know it.

Freedom in the U.S. is understood to mean that ordinary people will have the right to their own things and to do things that empower them — and which are inherently dangerous and subject to abuse. Things like owning guns, talking trash, driving cars and being weird, to name a few. Only some of these are protected by the Constitution, and all of them are subject to some limits, but the fact remains: We define our freedom in terms of things and activities that are inherently dangerous and subject to abuse. Those things and activities are protected by the Constitution and by the law not despite the fact that they are dangerous, but because of it.

So what can be done to prevent incidents like Loughner’s rampage? In the law, very little more than is already being done. Opening ourselves up to the sort of attack that occurred in Tucson is the cost of living free. Freedom isn’t risk-free.

However, there is at least one thing that can be done. And that is to instill in people the habits of self-defense and fighting back.

In terror and massacre situations, the only first responders that can make a difference are the people who are on the scene when the crisis breaks. The most important lesson that came out of 9/11 was what happened on Flight 93. It was that ordinary citizens can not only successfully fight back against terror, but that they are the main line of defense.

Government has been slow to acknowledge the lesson, but millions of Americans have taken it to heart. Tellingly, in the case of Loughner, it was citizens on the scene who tackled and disarmed him, not the police.

However this sort of deterrence would be a lot more effective if the skills of fighting back were taught and practiced until they became civic habits.

They should be taught to students in the schools, as the Burleson, Texas, school district has done, showing students an instructional video on how to swarm a gunman who enters a classroom.

And they should be embraced by government as a fundamental duty of citizenship.