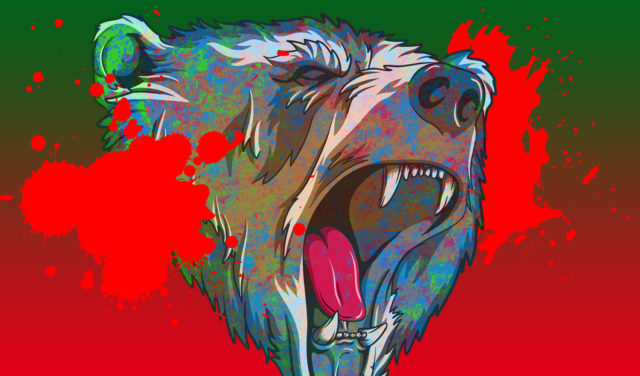 Despite significant opposition, USDA Wildlife Services has continued with its assistance of Colorado Parks and Wildlife’s Piceance Basin predator control plan for the second of three years (See Boulder Weekly’s “Off Target” series).

The work took place this past May and June. CPW refers to the control plan as a “study,” which has resulted in the killing of up to 15 mountain lions and 25 black bears in the Piceance Basin of northwestern Colorado so far. Critics allege it is a scientifically unsound and illegal attempt to boost mule deer fawn survival rates and, therefore, mule deer populations.

If, after the study concludes, CPW asserts there is a causal link between killing predators and increased mule deer populations as a result of its plan, such killing — and its collateral damage — could become commonplace on Colorado’s public lands with potentially no real benefit for mule deer populations.

Critics assert the best available science indicates habitat impacts from oil and gas extraction and suburban development are largely the cause of mule deer population struggle. And according to the U.S. Geological Service, the Piceance Basin contains an estimated 66 trillion cubic feet of natural gas, and there is presently a concerted effort to create markets for this gas in Asia via new pipelines and Liquefied Natural Gas export terminals, which would likely mean an increase in drilling activity in the Piceance. At least one producer plans to increase drilling this year.

But the Wildlife Services documents indicate it killed 17 black bears this year, while six others were “dispersed.” From the same documents, it also appears hounds were used to hunt bears, often treeing them, at which point the bears were either killed or released. The documents also state that Wildlife Services “pulled hounds off” of a bear at the end of May, failing to account for what the trapper actually did next — if the bear was a mother bear or a bear marked for death.

And contrary to CPW’s Piceance Basin predator control plan approved by the CPW Commission, which states that animal family groups will be moved or relocated, Wildlife Services reported killing a “lactating female,” or a mother black bear, on Jun. 26, 2017. Notes for this Wildlife Services’ kill state, “2 cubs in tree close by!”

According to Keirn, a female black bear was indeed “unintentionally removed” by Wildlife Services in 2017 as part of CPW’s plan. “Once the field specialist realized the mistake, CPW was notified,” according to Keirn.

Keirn says CPW responded. “Typically that includes capturing the cubs and placing them with a rehabilitator, but I could not reach anyone at CPW for verification,” Keirn says, who requested BW contact CPW to determine the cubs’ fate.

But CPW declined to comment on what happened to them next, adding it will also not be commenting on any areas of ongoing research in the Piceance Basin. This addition further obscures an already opaque area of CPW’s activities, preventing transparency and therefore potentially accountability, for what is happening on public lands to the public’s wildlife on the public’s dime.

Wildlife Services didn’t respond when asked what it has done to prevent another mother bear from being killed.

A total of three lawsuits have been filed separately against CPW, Wildlife Services and the U.S. Fish and Wildlife Service, respectively, relative to CPW’s predator control plans.

The lawsuit brought by WildEarth Guardians against CPW in Denver County District Court alleges the plans don’t meet the scientific research exemption of Colorado’s trapping ban and are therefore illegal, amongst other allegations. This suit is awaiting judgment.

Another separate lawsuit filed in March by the Center for Biological Diversity, Humane Society of the U.S. and WildEarth Guardians against the U.S. Fish and Wildlife Service, alleges environmental requirements were bypassed in USFWS’ funding and facilitating CPW’s two predator control plans. This case is working its way through federal court.

A third lawsuit filed by the Center of Biological Diversity, Western Environmental Law Center and WildEarth Guardians, alleged Wildlife Services’ original Environmental Assessment (EA) failed to fully analyze the environmental impacts of its destruction of wildlife in Colorado. As a result, the two sides came to a stay agreement, which ordered Wildlife Services to complete the EA process anew before it could perform any work for CPW’s aforementioned predator control plans.

This process resulted in Wildlife Services issuing a finding of no significant impact and final EA just days before the Piceance plan was set to begin in early May of this year, effectively green-lighting Wildlife Services’ assistance of CPW. But according to Keirn, Wildlife Services made no substantive change to the EA since the stay agreement.

Stuart Wilcox, attorney for WildEarth Guardians, says for the second time Wildlife Services has rushed out a faulty EA to insulate its decision to participate in the senseless CPW killing plans. “But this assessment fares no better as it continues to struggle to meet a preordained outcome that is not supported by any of the available data, namely that Wildlife Services’ lethal predator control activities are anything but a cruel, ineffective sham based on discredited ideas,” Wilcox says.

And a recent court decision in Idaho may have implications for this lawsuit.

A federal judge ruled that for years, Wildlife Services responded to requests from Idaho livestock producers to kill or remove predators like coyotes that threaten their herds. And when Wildlife Services decided to expand its operations to kill or remove predators to game animals and protected species, it prepared a draft EA and circulated it to various agencies and the public. In her judgment, Judge Lynn Wynmill states that draft prompted numerous critical comments, especially from other governmental agencies with long experience and expertise in managing game animals and protected species.

According to the judgment, the agencies all commented that the Draft EA was not an objective analysis of the environmental impacts. The BLM commented Wildlife Services’ Idaho EA does not read like a real analysis of the potential predator damage management outside of lethal methods. “Instead, it sounds like a pre-decisional defense of lethal methods, and fails to consider the real benefits of alternative approaches,” according to the BLM.

According to Wilcox, the predator damage management plan in Idaho is essentially the same as the one currently under legal challenge in Colorado.

Wilcox says Wildlife Services really doesn’t want to prepare Environmental Impact Statements for such plans, which are far more extensive than an EA, “because the only reason Wildlife Services still exists the way that it does is that they operate in the shadows, they don’t wrestle with the science because what they do doesn’t work.” And if they did do that, Wilcox says, then they’d be done. “Things would have to change, and they’re not interested in changing.”

But none of these lawsuits have been able to halt CPW and Wildlife Services from going ahead with their plans. And apparently this means killing mother bears and orphaning — or killing — their cubs.