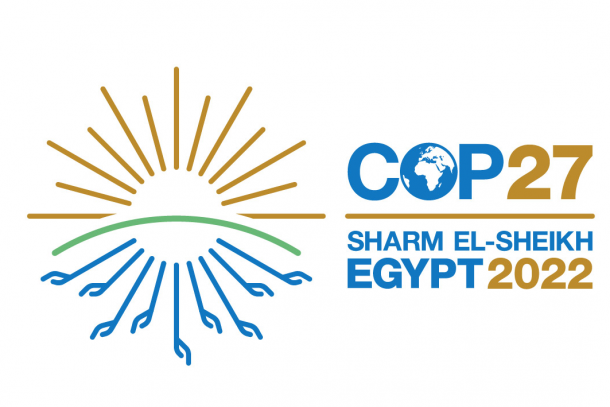 Every year, hundreds of delegates, activists, scientists and industry representatives spend two weeks discussing how to mitigate climate change at the Conference of the Parties (COP).

This year, COP27, is in Sharm El-Sheikh, Egypt from Nov. 6-18. CU Boulder is sending six people to the conference each week. A number of people affiliated with the school are also going to the conference, but got their credentials from other organizations.

Marilyn Averill is a senior fellow with the Getches-Wilkinson Center for Natural Resources, Energy and the Environment at the University of Colorado Law School. Averill, who has attended 17 COPs since 2000 but will not attend this year, believes in the incremental process of the COP. She expects this year’s conference to be focused on financing.

“Countries that have contributed least to climate change often are the ones that are most impacted by it,” she says. “And they really want some kind of compensation assistance from the Global North.”

Countries held responsible for contributing most to climate change are often industrialized countries in the Global North, like the U.S. and countries in Europe. Averill says most people, especially from the Global South, would like to get a broad fund set up for loss and damage. But, she is not optimistic that a fund will be set up, beyond one for a more narrow purpose.

“There’s going to be a real fight over [finances],” she says. “The U.S. and other industrial countries are not likely to be supportive of something like that.”

This year marks the 30th anniversary of the adoption of the United Nations Framework Convention on Climate Change (UNFCCC), which is organized to prevent “dangerous” human interference in the climate system. UNFCCC’s decision making body is the COP.

While there have been some grand achievements, like establishing the Kyoto Protocol and the Paris Agreement, COP has been criticized by environmental advocates for not fulfilling promises or creating enough tangible outcomes as the effects of climate change become more apparent.

This is not the first time there has been talk about creating a system for compensation.

In Copenhagen in 2009, rich nations in the Global North made a promise to channel $100 billion a year to less wealthy nations by 2020 to help them adapt to climate change and increase mitigation and adaptation efforts.

That didn’t happen. It’s the crux of the finance problem: The Global North agrees that the south needs help, but is not willing to set up a comprehensive fund to address their needs.

One reason for the foot-shuffling is how difficult it is to monetize the climate crisis and disasters, and to quantify and assign responsibility. To Averill, who has a background in law, it’s a question of liability.

“[The U.S. delegates] are not willing to say the United States is responsible for compensating people for injuries relating to climate change,” she says.

The UNFCCC delegation system also works by consensus, so if countries are not supportive of a proposition, it won’t pass. Averill says the idea of setting up a new commitment is going to be difficult, and it is likely to get “a lot of opposition” from industrialized countries.

Because of these challenges, Averill doesn’t expect big accomplishments from the conference in Egypt.

“Trying to set up a new commitment is going to be difficult. I think it’s gonna get a lot of opposition, certainly from this country, but also from the EU and from other industrialized countries.”