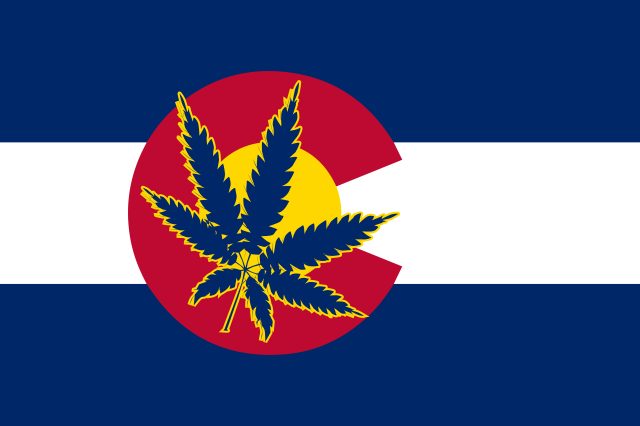 This November marks 10 years since Colorado voted to legalize cannabis. And it’s been a wild ride.

The Schedule I narcotic went from a prohibited and highly stigmatized drug to becoming a permanent piece of Colorado’s economy and culture. Colorado has not only created a legal framework for the cannabis industry, it’s also served as a model for state legalization across the country.

Our votes directly helped create this industry, which today employs more than 35,000 people a year and has pulled in over $353 million in sales and excise taxes just in 2022. It’s a prime exampl so fare of change that started at the ballot box — and it’s been an opportunity for Colorado to break trail in uncharted territory.

“I think a lot of [states] have considered what Colorado has done and sort of tried to take from the best and leave some of the stuff they didn’t like behind,” says Rachel Gillette, of Holland & Hart law firm.

Still, even here, where we’ve had a decade to hammer out the details of this industry’s framework, the rules are still continually changing, she says — particularly concerning ownership.

“Every six months, there are some new rules and new requirements, new compliance,” Gillette says. “And now we’re on the precipice of potential federal legalization … So we’re about to see even bigger changes potentially if we see some movement on the federal level.”

Gillette has been involved with cannabis law since 2010. She started her own practice exclusively catering to cannabis businesses, helping them navigate the strange and complicated space. Today she’s an adjunct professor of marijuana law at CU Boulder, and the head of Holland & Hart’s cannabis group.

She’s seen the cannabis industry change indescribably in the years since she got involved. But, in the last several years, there have been three big “game changer” policies that have helped open up ownership opportunities and moved Colorado’s cannabis industry forward.

The first was the removal of Colorado’s residency requirement.

“That was very restrictive. It meant that businesses couldn’t have investors or owners that weren’t Colorado residents,” she says. That severely limited who could participate in the industry and what kinds of resources were available to them.

“The second game changer with regard to ownership was allowing certain public companies [and private capital funds] to have ownership interest in marijuana businesses,” Gillette says.

HB 1090 passed in 2019 and with it, Colorado cannabis companies went public, making it possible to trade their securities on the NYSE, Nasdaq, OTCQX or OTCQB. That generated massive investment income for these companies, exponentially expanding growth potential for businesses across the state.

The third recent game changer Gillette identifies is the implementation of social equity. It’s something she believes should have been happening since the beginning of cannabis legalization.

In 2021, Gov. Polis signed SB 111, the Program to Support Marijuana Entrepreneurs. That created a social equity fund for Colorado’s cannabis industry to uplift and support entrepreneurs who had been disproportionately impacted by the war on drugs by “[seeding] capital and ongoing business expenses,” as well as granting “support to innovation and job creation,” according to the legislation’s summary.

There have also been federal steps toward decriminalization since Colorado voted to legalize cannabis 10 years ago. Gillette points to the Cole Memorandum, from Deputy Attorney General James Cole, which gave a legal “yellow light” to other states considering legalization. She also mentions the FinCEN (or Financial Crimes Enforcement Network) guidance for financial institutions seeking to provide services to marijuana businesses.

“For a while … there were just no banks that really were willing to take marijuana bank accounts,” Gillette says. But the FinCEN’s clarification of the Bank Security’s Act in 2014 allowed some banks to accept cannabis customers.

Though, she says, the industry still remains largely unbanked.

There’s still a lot of room for improvement in Colorado, which is why, 10 years in, our rules and regulations surrounding cannabis continue to evolve at such a furious rate.

“I think we continue to see [Colorado] taking a look at some of these rules and regulations, determining whether they make sense and trying to improve upon them,” Gillette says. “I think that’s a constant process that Colorado endures.”

It hasn’t been easy, but it’s a process that is having a national impact — and one that started 10 years ago with Coloradans going to the ballot boxes to make their voices heard.