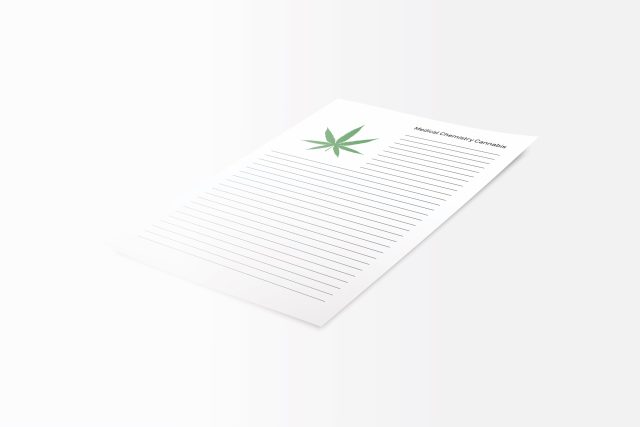 If there is one argument that opponents of legal cannabis like to fall back on, it’s that “there’s not enough research to know the effects.”

And to be fair, they’re right. In fact, that’s one of the few things about cannabis that prohibitionists and proponents of legalization can agree on: We need more scientific research on the effects of cannabis. Especially as more states legalize it medicinally and recreationally, and more people start using it regularly, we need to fully understand the health effects (both positive and negative) of using this plant.

The problem is a catch-22: We cannot do more legitimate scientific research on the effects of cannabis until the federal government de-schedules, decriminalizes or outright legalizes it. And without that research, that tired old argument against cannabis remains viable.

But that defense is losing steam, and quickly. For the second year in a row, there were more scientific papers published on cannabis than ever before.

According to the National Library of Medicine (NLM), in 2022 there were more than 4,300 peer-reviewed cannabis research papers published. That follows the previous record of 4,200 from 2021. To put that into perspective, between 1990 and1999 there were only 3,000 cannabis specific papers published in the entire decade.

“Despite claims by some that marijuana has yet to be subject to adequate scientific scrutiny, scientists’ interest in studying cannabis has increased exponentially in recent years,” NORML’s Deputy Director Paul Armentano says. “As has our understanding of the plant, its active constituents, their mechanisms of action, and their effects on both the user and upon society.”

A cursory search of the term “cannabis” on the NLM website yields tens of thousands of results. Some highlights from 2022 include one study published in Cannabis Cannabinoid Research titled “Cannabidiol Reduced the Severity of Gastrointestinal Symptoms of Opioid Withdrawal in Male and Female Mice.” It found that doses of cannabidiol (CBD) not only improved gastrointestinal symptoms of opioid-addicted mice, but it also reduced their symptoms of withdrawal.

Another study from the 2022 lineup, “Cannabis Use Among Lower-Extremity Arthroplasty Patients Does Not Lead to Worse Postoperative Outcomes,” was published in Cereus. It explored the current medical stigma that smoking cannabis is linked to increased postoperative complications following total knee arthroplasty and total hip arthroplasty.

A third study, published in the International Journal of Molecular Science, looked at how cannabis could treat dysmenorrhoea (3period pain). That study, “Dysmenorrhoea: Can Medicinal Cannabis Bring New Hope for a Collective Group of Women Suffering in Pain, Globally?,” concludes that there are significant and “promising” applications for cannabis to treat dysmenorrhoea.

Then there are papers exploring how cannabis can help treatment-resistant epileptic seizures in children. There are papers on how medicinal cannabis improves sleep among adults with insomnia. There were even papers published in 2022 on the efficacy of treating COVID-19 with cannabinoids.

Positive or negative, these findings are essential to our understanding of this complicated plant. And while the pace of research is starting to pick up, it’s still being held back by severe federal rules and restrictions. Because it is a federally illegal substance, any study done on it needs to be approved by the Federal Drug Administration (FDA). And any approved study may use only cannabis provided by the government from the National Institute on Drug Abuse — which, if you follow this column, you’ll know is such bad weed it actually qualifies as a different plant altogether (Weed Between the Lines, “Strains of NIDA” Nov. 24, 2021).

Despite those barriers, research is happening. Our knowledge of this plant is growing exponentially. The argument that there’s not enough research on cannabis to know if it’s safe or not has less ground to stand on every year.

“It is time for politicians and others to stop assessing cannabis through the lens of ‘what we don’t know,’” Armentano says. “And instead start engaging in evidence-based discussions about marijuana and marijuana reform policies that are indicative of all we do know.”