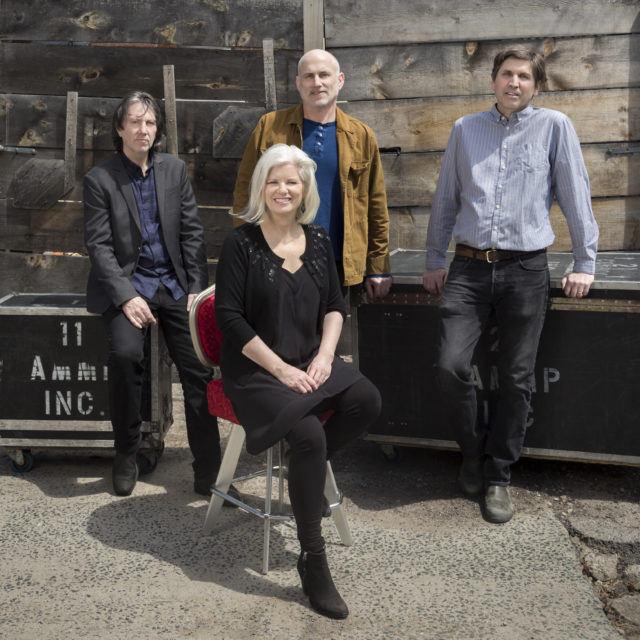 The Timmins siblings—Michael, Peter and Margo— and their long-time friend Alan Anton have been recording albums and playing alternative country under the moniker Cowboy Junkies since 1986.

Vocalist Margo Timmins believes that if the makeup of the band were to change at all, the music itself would change; if a member were replaced, “it wouldn’t be the Junkies.”

While the group has had its fair share of disagreements over the years, Margo says the members have always resolved tensions and that “nothing yet has been so serious that we stomped away and never came back.”

The Junkies’ latest album, “Songs of the Recollection,” features the band’s rendition of nine songs by artists ranging from The Cure to Bob Dylan. The band has an extensive history of covering songs, some stylistically similar to the originals, while others take on a unique sound—it all depends on what comes naturally to the band. Their most renowned cover, “Sweet Jane,” was allegedly Lou Reed’s favorite version.

According to Margo, the band suffered financially at the height of COVID restrictions. They lost their main source of income for two years, but all was not lost—their 18th studio album, Ghosts, was released digitally at the end of March 2020, and they spent much of the pandemic working on “Songs of the Recollection.” The cover album kept them going when it felt like the world was at a standstill. While COVID gave them the gift of time, Margo would have much preferred to be on the road.

She tends to be hesitant before going onstage, as she never imagined herself being in the limelight prior to joining the band. But once she’s on stage and singing, she says she’s in a “really contented, peaceful, calm place.” Whatever the world is throwing at her, whether it be a crappy mood, a throbbing headache, or an argument with her husband, it’s all gone once she’s in that zone.

In 2019, Margo’s acceptance speech following the Junkies’ induction into the Canadian Music Hall of Fame highlighted the music industry’s shortcomings.

“I know we would all like to think that a boys’ club does not exist in our industry, but just look around you,” she said alongside her bandmates. “Even tonight, there are 10 inductees, and one woman. And with my count, after tonight, there will be around 100 men and 10 women in the Hall of Fame. That’s not right.”

Throughout her career, she has witnessed small victories for women in the industry, as more and more women are working with crews and filling powerful positions within record labels.

“It’s still a male dominated business on all sides, but it is changing,” she says.

Margo hopes that her generation’s daughters and their daughters will grow up seeing more representation across the industry.

“I’m seeing it, but I’m not seeing it fast enough,” she laments. “And that makes me sad, that we’re still so slow to accept change and difference.”

The Junkies singer’s main aspiration when performing is to connect with her audience.

“I hope that the music draws people into it in the way that they need to be drawn into it.”

She hopes their concerts are an outlet for attendees and that the experience is cathartic when it needs to be.

“If somebody comes to our shows and they cry, and they need to cry, then that’s fantastic,” she says. “What I hope to do as a musician is connect to each of those souls and give them whatever they need, so that when they leave the show, they feel kind of refreshed.”

The older she gets and the more life experience she gains as a musician, the less she sweats the small stuff: “It’s making the music more fun because the politics and the importance of proving something are gone. The music has become more important to us than it ever was.”

The Cowboy Junkies have played several Boulder venues throughout their decades-long career and have performed on local radio shows. They are playing Chautauqua Auditorium on July 16.