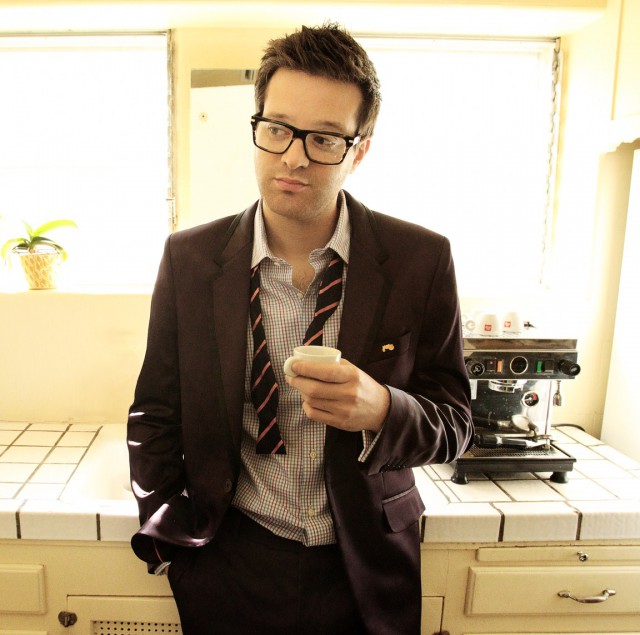 To equate Mayer Hawthorne to an old soul is more accurate than most would even realize. While Hawthorne’s fans recognize it as an allusion to a sound oft-compared to legendary sounds of yore like Isaac Hayes, Barry White or Curtis Mayfield, it’s also a proper description of the Detroit native’s musical personality.

It’s the Smokey Robinson comparisons that garner the most interest, given Hawthorne’s bio as a 32-year-old white songwriter from Michigan.

The look and background simply don’t match the sounds that emanate from Mayer Hawthorne and the County, but it’s his genuine love for the old Motown vibe and tone that comes through loud and clear.

After self-releasing a couple of singles, the attention of storied label Stones Throw came into the picture, signing Hawthorne (real name Drew Cohen) to a label deal quicker than any artist in its history. As label founder Peanut Butter Wolf said, “I think Mayer is the only artist in the history of the label that I’ve signed after hearing only two songs. Sometimes, you just know it’s the right thing to do.”

It’s not just Hawthorne’s sound that plays out in his favor. It’s also his strong work ethic and determination to become the best at his craft. He describes his regimen as relentless, no matter what he takes on, and it’s that focus that has elevated him to such a strong platform in a short amount of time.

“I grew up near Detroit and one of the things that I’m really fortunate to have been instilled with is that work ethic that Detroit is known for,” Hawthorne says. “It’s that blue-collar, Detroit work ethic. I am never satisfied. I am always trying to make improvements, and we rehearse as much as we possibly can to ensure that every time you come to see Mayer Hawthorne and the County, it’s an even better show than the one you saw before. We’re really trying to be the most incredible live show that you’ve ever seen.”

Currently, Hawthorne is out with Bruno Mars and Janelle Monae, and they hit the 1stBank Center Sunday, May 29. Hawthorne says the beauty of the tour is the new audience it brings, but it’s also a challenge to whit tle down the set to only 30 minutes.

“Anytime you are playing a show where you’re not necessarily the crowd favorite, I think it’s just important to be 100 percent genuine and totally be yourself,” Hawthorne says. “You have to let people figure out who you are and let people decide for themselves whether they want to get on board or not. We just try to make sure that when we leave the stage, we leave everything there and give 100 percent.”

For those wanting a preview of Hawthorne’s sound, his own website has a free EP available for download right now entitled Impressions. It’s a covers release intended to provide what the title describes — a strong impression to let you know what’s coming as he prepares his second full-length album.

“The songs that I chose to cover on this EP are going to give people a really good feel for what my new album will sound like,” Hawthorne says. “I specifically chose songs that really inspired the sound for the new album, so I wanted to give people a little insight because it’s been a while since I’ve released a project. I wanted to give it away for free so nobody is talking about how they can’t afford it. I wanted everyone to hear it and understand where I am going and just get people prepared for the new sound for the new album coming out in the fall.”

“I am constantly blown away by the outpouring of love I have gotten all over the world,” Hawthorne says. “It’s really the most beautiful thing that I’ve ever witnessed. To be performing for thousands of people all over the world and have them know the words to your songs and sing along, there’s nothing better than that. Every time I hit the stage, I am always blown away every time. Every performance is like the first time. I couldn’t be more thankful that I get to do this for a living.”