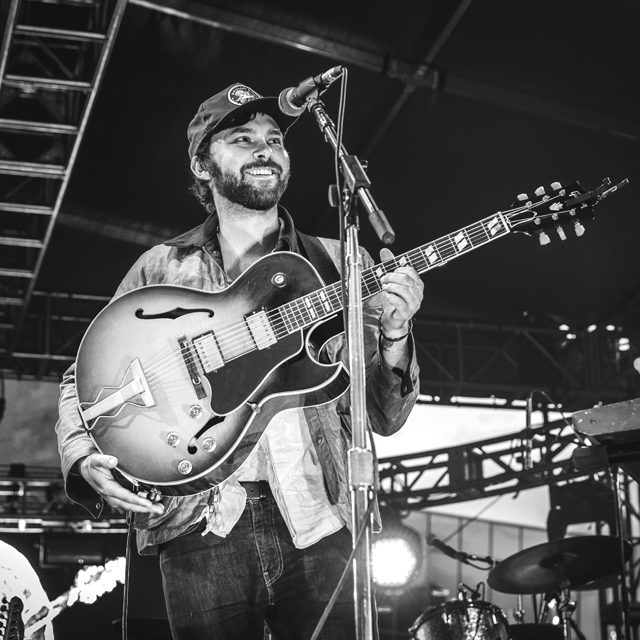 “I don’t really wear a lot of suspenders anymore,” Alejandro Rose-Garcia, aka Shakey Graves, tells me from a small town in British Columbia with “a pretty dramatic landscape.” While out touring with his latest release, the self-described “gentleman from Texas” admits his musical moniker is a character he’s built, an image he’s projected out into the world. And his musical endeavors under the alias are, or at least should be, just as malleable as the image itself.

Rose-Garcia made a name for himself as a one-man show, playing the guitar while simultaneously using his heels to play a kick drum embedded in an old suitcase. (The contraption has inspired a plethora of DIY videos and instruction blogs so people at home can build their own.) And while he still brings it on the road, and plays some of those old songs with it during his live show, the suitcase drum is no longer the cornerstone of his sets, or the persona of Shakey Graves. Neither are the suspenders.

“Of course there are the people who are like, ‘I want you to play a suitcase drum for an hour and a half in front of me,’ but I’m just not going to,” Rose-Garcia says. “Not that I can’t, but I wouldn’t.”

Fans shouldn’t be too surprised, however. He announced his newest album, Can’t Wake Up, via a December 2017 tweet admonishing his followers to “sell your suspenders” in anticipation of a “new sound.” The record is a surreal, dreamlike exploration of fantasies and fears, backed by a full band and replete with a distinct rock-pop sound that stands apart from his earlier folk-Americana roots.

“We’ve been playing old songs for many, many, many moons,” Rose-Garcia says, somewhat sarcastically, the tone of his voice changing, and I think I hear him smiling. “It’s nice to have some variation. It’s a deeper pond.”

There’s a natural evolution to the Shakey Graves catalogue — perhaps the product of a certain maturity that comes with playing the older songs a lot, or maybe the predictable progression of an artist shedding his skin. Musicians, like people, are apt to change after all.

“I’m not trying to be dramatic and throw away stuff; it’s more of just integration,” Rose-Garcia says. “I figured if I didn’t do it sooner, it would be much harder to do it later. If I just farted out [another] folk album I didn’t really want to make, it would just end all of it.” 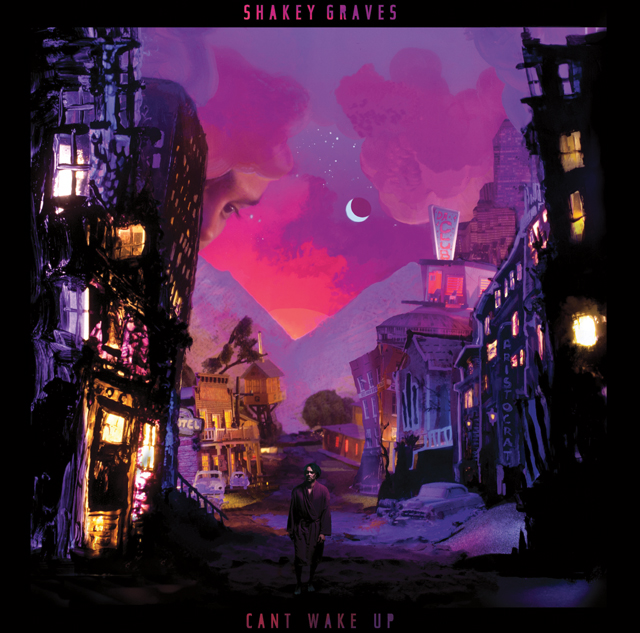 The new work is a concept album, Rose-Garcia says, albeit a rather impressionistic one. It pulls on the strings of the imagination, testing the thin veil between reality and fantasy, belief and despair. It’s meant to challenge the listener to question their own perception of the world and themselves.

“I’m not not trying to step on toes,” he says. “If music pushes your buttons maybe you should check out why?”

The new songs explore endless existential topics from God to monotony to self-deprecation to depression, “which I think are all constant talking points for everybody, especially in this weird world,” he says. “I don’t find sadness something to stay away from. In the same way, it can be a happy-sounding record about depression. There’s plenty of room for that.”

Inspired by his artistic parents, both involved in the local Austin theater scene, Rose-Garcia was a theater kid himself in high school, then an actor in Los Angeles, before devoting himself to music and breaking into the Austin scene in 2011.

“They’ve always made a career in the arts seem like an obtainable life, be it just surviving or whatever. I think it takes a lot more for some people to wrap their mind around [that],” he says. “[But] what else am I going to do? Play hockey? I don’t know how to play hockey. I’m not a lawyer, I’m not very good at math. I build stuff. I like building things with my hands and creating things and music is just as fun and malleable as clay or any other medium.”

His skills as a builder are prominently displayed on the cover of Can’t Wake Up — a dreamlike city scene of purples and pinks features the artist shadowed in the foreground donning a bathrobe. It’s a miniature diorama Rose-Garcia built himself, reminiscent of a Meow Wolf installation and using what he knew of glass and cel animation, along depth of field techniques, to make the surreal landscape.

“I thought it sounded like a fun hobby project so I went for it,” he says, explaining the idea was pitched to him by a film director friend after he couldn’t quite get the effect he was looking for through traditional photography.

It’s this willingness to explore new realms of his own creativity, and the confidence that it will yield something worthwhile, that serves Rose-Garcia well on Can’t Wake Up. Shakey Graves, like its creator, is anything but predictable.