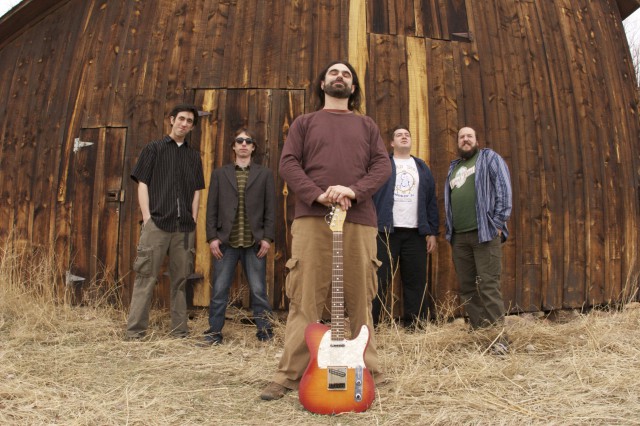 It’s rare for people to live out their childhood dreams, but the Diminico brothers are doing just that.

Ever since the two were 13 and 12 years old, respectively, Doug and Dan Diminico have practiced and played together in a family trio that included their father. Eighteen years later, the siblings comprise the core membership of Smooth Money Gesture, a funk/jam/psych-rock quintet with a non-stop tour schedule.

Doug says Smooth Money Gesture was originally the name of a cover band the brothers played in while living in Alaska from 2002 to 2005. When they finally settled in Colorado, the tunes switched to originals, and the band blossomed to six, then five, members.

As the group expanded, so did the band’s sonic palette.

“I feel like the music has always stayed the same — at least the styles that go into it,” says Doug. “Even when we listen to early recordings, it can sound totally different, but yet I can still hear the many styles that go into it. If you listen to the CD that we have available, you’ll find these bluegrass moments, hard rock moments and so many others. There’s a lot going on, and we all like a lot of different types of music. We don’t really limit ourselves to one style.”

The disparate styles are a by-product of their varied tastes and background. Doug says he and Dan were both fans of the grunge movement when they first started playing music. Bands like Nirvana, Pearl Jam and Soundgarden were early influences that eventually gave way to the Grateful Dead and Phish.

When listening to the band, it’s possible to hear those tastes coming through the music, but the most interesting flavors are the bluegrass inflections found throughout. When the two moved to Alaska, Doug says he found himself playing a lot of bluegrass, which accounts for the addition to his repertoire.

Smooth Money Gesture is playing the Fox Theatre this Thursday with Kung Fu, a quick stop as they swing through Colorado on their way through the Midwest. While some bands struggle to find tour stops, SMG will have played in 10 different states this year before February is even finished. Doug says he wouldn’t have it any other way.

“It’s a great time to be out there.

We all love to play music, and that’s why we’ve booked so many shows this year to with the When one right shows selves comes the have especially sound City, year already. It’s just a fun time for us to play music every night, hang out with the band and then talking about the show on the next long drive. When someone wants to drive, everyone else can just relax. So our goal right now is just to play as many shows as possible, and we’ve set ourselves up to do that.”

The beauty of playing out so much comes from the unexpected nature of the shows. Doug says recent shows have been very good for the band, especially as they’ve developed their sound and their light show.

“We had an awesome time in Park City, Utah,” Doug says. “There’s a small city right around there that was somehow really good. We really didn’t expect that. Even in Idaho, we didn’t expect anything and it was the other way around. Sometimes you expect a lot in terms of an audience reaction and you get nothing, and then sometimes the opposite is true.”

With so much touring, Doug says he and the rest of Smooth Money Gesture have no plans to rest if given some down time. Instead, he has more than enough plans to last the rest of the year.

“We’re really wanting to do an East Coast tour, mainly in the Northeast, but we’ll see what happens,” he says. “That will come along with some other places that we may have not been to yet in the Midwest. We’d also like to do a string of shows back in Alaska again, but that’s really expensive, so we’ll see what happens. Then I’m pushing for another CD. Obviously not all of that can happen in one year, but we’ll try to fit in as much as we can.”