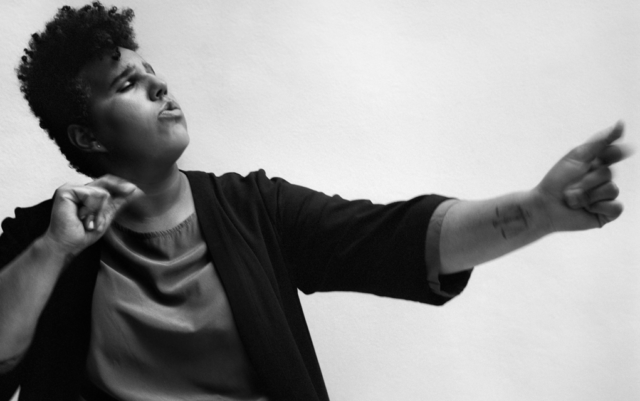 The mosquitoes are smaller in New Mexico. There are also fewer of them and less humidity, all of which has drawn Brittany Howard away from her native South, to the mountains and community of Taos.

Location isn’t the only thing that has changed for Howard — the voice behind Grammy-winning Alabama Shakes — over the last several years, however. In 2018, Howard married fellow musician Jesse Lafser, and this year, she struck out on her own.

“I needed different ingredients to make this recipe I’m cooking up,” Howard says about leaving behind (for now) the band that launched her career. “That’s it. We’re still family. I mean, it’s just an unbreakable bond really because our entire lives changed together.”

It was a creative move more than anything else, Howard says, a way to write more personal stories that didn’t make sense to share through the outlet of a band. So, she took a chance and “just went for it,” turning her life into a solo album.

Entitled Jamie, the album is named after Howard’s older sister, who died of a rare eye cancer at age 13 when Howard was only eight.

“My sister was a genius and taught me everything about music and art, creativity, poetry,” Howard says. “Anything she picked up she was really good at it. She was actually really mature for her age and was better at pretty much everything than anyone.”

Jamie was the smart one, Howard says, the one who did her homework, kept her room clean and combed her hair.

“And I was the one that was pulling ticks off of myself as a child,” she laughs.

Although most of Howard’s musical formation came after her sister passed, her career is rooted in early memories of Jamie’s creativity and encouragement.

“My first teacher though, and the most important teacher, was my sister,” Howard says. “Naming the record after her was only appropriate, and it’s really a sign of respect and just like a thank you because if it wasn’t for her, I don’t think I would be into music really.”

But the album isn’t about Jamie, it’s about Brittany.

There was no parsing of experience, no keeping parts of stories private while exposing others. There was no hesitation, Howard says, only brutal honesty. With “He Loves Me,” she explores her personal relationship with the divine despite the fact she doesn’t go to church anymore. In “Georgia,” she sings about having a crush on an older girl as a young child, without necessarily understanding what it meant to be queer.

“Pretty much whatever came to me is what I put down,” she says. “It made me feel what I needed to feel from it. And I wanted to share it.”

The only exception was “Goat Head,” a story about the time someone left a goat’s head in the backseat of her dad’s car after slashing the tires and breaking the windows.

“‘Cause mama is white / And daddy is black / When I first got made / Guess I made these folks mad,” she sings.

Howard didn’t shy away from telling the story, she just didn’t let it spill out of her quite as fast as some of the other songs, she says.

“I felt a little weird about telling my parents’ story, especially to a bunch of people who want to dance to it,” she says. “But in the end it feels good because I wish my parents could tell that story.”

The album has remnants of Howard’s signature raspy growls and roots-rock beats, like the lead single “Stay High,” but it also departs from her previous work, experimenting with more funk, hip hop, jazz and neo-soul elements, as well as spoken word. About half-way through the album, Howard spends five minutes laying out her commitment to spreading “love, compassion and humanity” and opposing “those whose will is to divide us / And who are determined to keep us in the dark ages of fear,” while extolling others to “To be kind (Give it to love) / To your fellow man (Give it to love) / Just try (Give it to love)” in “13th Century Metal.”

It’s intimate, not preachy; spiritual, not religious. With Jamie, Howard is more personal, more experimental, more exposed. But it’s not necessarily something new, she says. Even with projects before the Shakes’ debut Boys & Girls, Howard has always answered the call of honesty in her creativity.

“It’s all a continuation of what I’ve learned, where I’m at, how I’m feeling, what that looks like, sounds like, to me,” she says. “It’s always gonna be me, no matter what project I’m doing.”