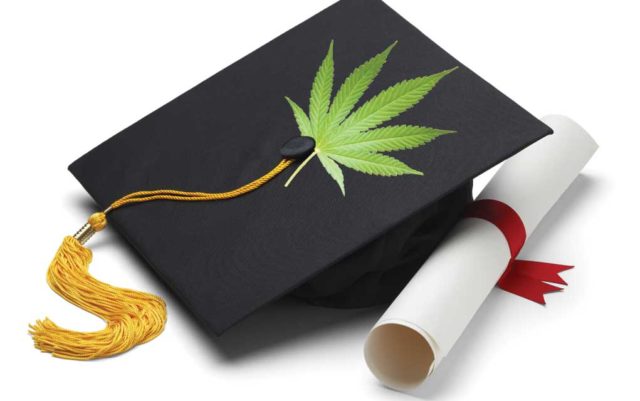 Ah the good old days of getting stoned. If you smoked pot, you just called the usual suspects to find a bag, drove over, picked it up, rolled a joint for the drive home and repeated the process when you got down to the stems and seeds at the bottom of your sandwich baggie.

Now that pot is legal, the whole operation sometimes feels like a pre-law exam. College students want to use their medical marijuana on campus in states where medical pot is legal. But universities say that allowing such use puts them at risk of losing potential federal funding and grants because pot is still a Schedule 1 drug at the federal level. So now students are suing their colleges for the right to use pot on the premises.

I get it. And yes, you should be able to use medical pot on campus. But here’s a secret, you can — provided you don’t try to turn the whole thing into a reality TV show.

Good gosh people, get a life. Stop pulling attorneys out of your pocket like a lighter. Just use your pot on campus and get on with your life. Unless you are doing so while standing on a stage in the middle of the student union and announcing what you’re doing over a PA system, nobody is going to notice or give a rat’s ass.

People have been getting high on college campuses without the aid of lawyers for at least 75 years. So, now that its actually legal to use marijuana in about a million different locations — and easy to also use it without much required discretion in all the other places that it’s still potentially illegal or problematic — people are whining more about where they can’t get high than when they couldn’t legally get high anywhere.

Just chill folks. The genie is out of the bottle and it ain’t going back in. The feds are working on bills to take pot off the Schedule 1 drug list. They are working to allow banks to accept pot businesses as customers. They are working to decriminalize pot at the federal level. All these changes are coming in the next few years. Prohibition is ending for marijuana everywhere.

So, in the meantime, just kick back and cop a buzz or discreetly ingest your medical marijuana on campus or wherever you need or want to and stop suing your alma mater. Have a little patience. College campuses will come around as quickly as our conflicting federal and state laws allow, and it won’t be long now.

If you want to sue your college — say for instance CU — make it for something important like stopping its quest to turn the campus into a Koch brothers (do I have to drop the “s” now?) test lab for brainwashing students into becoming anti-regulation Republicans who say things like, “If you drive a car you can’t be against global warming.” Now that would be a better use of your daddy’s lawyer.