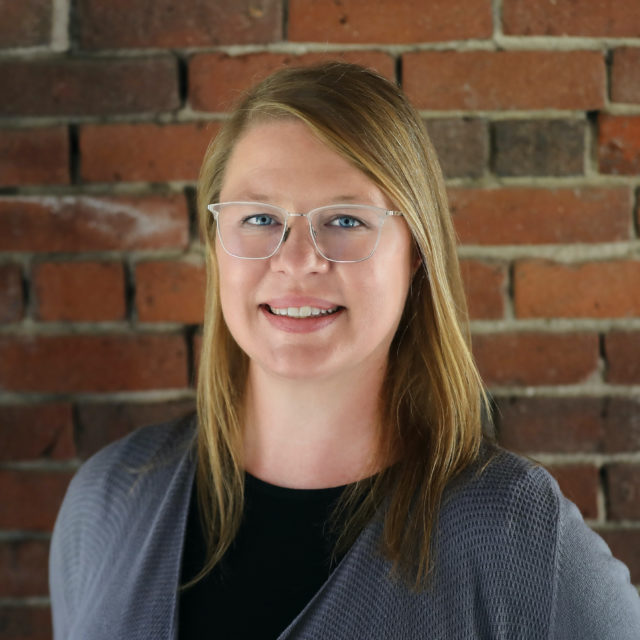 Taking the suffering of working for years in corporate America and turning the material into an award-winning book is the kind of revenge story most office workers only fantasize about.

But when Wendy Fox found out her book, What If We Were Somewhere Else, was a finalist for the Colorado Book Awards, she tempered her expectations.

“Two of my other books were finalists for the Colorado Book Awards,” she says. “I wasn’t really sure if it was going to be the third time’s the charm, or if I would get to continue my losing streak.”

It was the former. Fox, of Denver, won this year’s award for literary fiction for her collection of linked stories.

The book follows a group of characters who are united through their workplace, an office in Denver, as they experience fraught friendships, bad bosses, losing their jobs and other common torments of the modern workplace.

Once the book was published, Fox quickly found out how universal readers found the settings and themes.

“I was kind of surprised how many people really wanted to tell me about their absolutely terrible bosses and coworkers,” she says.

Fox worked for many years in the marketing department of a technology company, and drew upon those experiences for her fiction.

She clearly knows well the material she’s writing about. For instance, in the opening story, which lays the groundwork for the rest of the book via a list of names on a spreadsheet. She begins:

“In our office, there were sounds. One of the sounds was like a fighter plane taking off, the abrupt swirling of violent winds, the whoosh of air being displaced, but we all knew it was only the HVAC, which we pronounced in what we believed to be the expert way, H-vack, and so we did not worry about it in particular, we only complained.”

Each story is told from a different employee’s perspective. At times, the same event—the day of a large layoff, for example—is experienced by several characters in their own way.

Fox used the office setting as a way to bring together disparate personalities and mesh them together.

“People are often pushed together in a hiring coincidence, even though they might have really different types of backgrounds or interests,” she says.

“So the office felt like a natural way to link these people who might not otherwise have a linkage together in a way that’s believable.”

The choice to write a collection of linked stories was also a result of how the corporate world was affecting Fox’s life at the time.

“The stories felt manageable to me,” she says. “At a time where a lot of my work life did not seem manageable at all, where I felt like it was consuming me.”

Many of the pieces explore the lives of the workers outside of the office. One character drives to Salt Lake City in the middle of the night to bring a friend home who is strung out and needs help. Another goes to live on a commune after she loses her job.

Fox masterfully inhabits each character, using differing points of view and voices to make each story distinct from the next. She weaves in much of the contemporary culture of people living on the Front Range, from real estate to cannabis to climate change.

She hits a high note with her prose in the story “When You Talk About the Weather,” when she skewers the tendency of people here to be armchair meteorologists:

“You and I are at a party somewhere, and first we have to talk about the weather, because we live in Denver, Colorado, where the skyline is unsettled and the temperature swings in wide dramatic swaths.”

Fox was slightly ahead of the trend of people working from home that began during 2020 and the start of the COVID-19 pandemic. She left her corporate job in 2019 to freelance, which is what she’s still doing.

“I was ready to leave my job that I had been at for seven years,” she says. “Once I was just at home, and didn’t have to go in every day, I really did not know how much it was deleteriously affecting my mental health.”

She’s interested in what’s going to happen to office culture and society as a whole as many people decide they don’t want to go back to a corporate setting.

“I’ve thought about that a lot,” Fox says. “How much resistance there is to go back to that type of work. Because I absolutely never will.”

Fox’s top 5 books set in and around Colorado

King’s writing is as crystal-clear as a bright Colorado day about these Front Range sausage factory workers navigating life a decade after the Great Recession.

In telling her version of a Denver Gen X experience, Prato offers an insightful look at the cultural forces that shaped a generation.

This page turner from Denver author Weiden is a thriller set on South Dakota’s Rosebud reservation, and every page crackles with energy.

A deeply researched historical novel from a writer based in Louisville, this book is, at its heart, a story of one woman’s perseverance—and some romance.