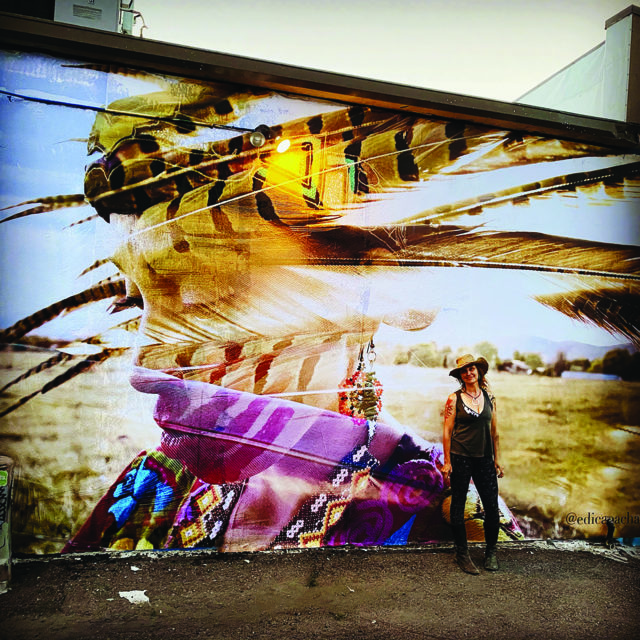 The legacy of DACA looms large in Armando Peniche’s life each day.

Originally hailing from Mexico, Peniche, a Boulder resident and activist, has been able to spend the vast majority of his life in the United States, thanks in part to receiving Deferred Action for Childhood Arrivals (DACA) status before eventual citizenship. However, his relationship with the immigration policy, enacted by then-President Barack Obama, has been fraught with grief as well.

“I have cousins in Mexico, and I’ve only been a part of (their lives) through pictures,” Peniche says, remarking on the growing pains of being raised in the United States with little to no support system besides his single father, who, last year, succumbed to colon cancer.

“It could have been prevented,” Peniche asserts, “but, he was never able to get medical insurance because he didn’t have the right documentation. So he went through years of symptoms without getting the right diagnosis and treatment.

“DACA was only meant to be a bandaid for a big, broken immigration system,” Peniche says. “There’s still so much work to be done.”

Indeed, there’s no better time than now to reckon with the United States’ messy, contentious history with immigrant rights, as June 15 marks the 10-year anniversary of the immigration policy. In the decade since—the middle part of which was punctuated by Donald Trump’s attempts to fully repeal the policy through a polarizing, anti-immigrant platform—DACA has gone through expiration and re-installation. Certainly, its preservation is a breath of fresh air for those who are relying on old DACA statuses in 2022, but the stagnant treatment of the policy in the last few years has led many to fight harder than ever to expand its reach to those who never attained the status in the first place.

That push toward a larger conversation is the focus this month for Motus Theater, says Executive Director Kirsten Wilson. For the last four years, the nonprofit performance institution has honed in on the struggles and triumphs of immigration through its UndocuAmerica project, an ongoing series of performances, monologues and podcasts that give a platform for undocumented individuals to share their stories.

Peniche, now the project manager for Motus Theater, began his involvement with the organization in 2017 on the recommendation of his sister, who believed using a platform to share their upbringing would provide some catharsis.

Peniche’s 17 weeks spent in workshops, crafting a monologue with the help of Wilson, proved grueling.

“I was crying by the end of it,” he admits, reflecting on the loneliness, frustration and grief he reconciled with through the writing and meditation process.

Despite the pain, Peniche doesn’t look back on the creative process as something mired in negativity, pity or anger.

“It was healing to have that space. Because it’s not easy to talk about things that have happened in the past, surrounding immigration and the effects that it’s had on people like us,” Peniche says, asserting that he found himself “ending in a place of power.”

For Wilson and Motus Theater, that’s the desired take away from the UndocuAmerica project. “We strive to have them as good medicine,” she says, explaining that the theater’s artistic events are meant to first and foremost “uplift the humanity” of its performers, or monologists.

“Too often, the world tries to reduce them, policitize them,” Wilson says. Rather than follow the conventions of so much other American media that either treats immigrants like criminals, or, on the other end of the spectrum, sorrowful martyrs, Motus Theater takes a different approach, letting performers share their stories as they are: regular human beings who want to take the opportunity to teach, share and grow.

To support this endeavor, Motus has enlisted the work of Edica Pacha, a Boulder-based multimedia artist who spent the first week of June installing 12 paste-up murals throughout Denver and Boulder, all of which feature Motus monologists as the primary subjects, including one of Peniche outside the Bob Ragland Branch of the Denver Public Library.

The dozen murals juxtapose these figures against the vivid landscapes of the American West, weaving the human expression seamlessly with the natural patterns of trees, grasslands, flowers, bones and sunsets.

“Instead of just focusing on the negative aspects, I really believe that the doorway into people is to inspire,” Pacha says about her choice to convey the heavy topic of immigrant rights through the beauty of the natural world. “When you activate people through inspiration, I think they have a tendency to feel more curious and have more interest in learning how to actually help. If you show people crazy images and how messed up the system is, people tend to close.”

To help people learn more about the subjects of Pacha’s murals, Motus Theater has provided QR codes under each mural, all linking to the subject’s pre-recorded monologue with Motus.

“A lot of these issues are bigger than me,” Pacha says about her effort to combine art with a teachable moment. “What I’m interested in is: how can I take what it is that I do, and merge it into a greater conversation? So if you’re standing in front of one of these murals and then open up their monologue, you can really feel them in the landscape.”

Peniche admits having his face and story on display at RiNo Art Park in Denver “seems unrealistic.”

The hard work continues for Peniche at Motus, as he teaches and advocates for immigrant rights—raising awareness about the lack of healthcare access is a particular focus for him. But, for just a moment, he’s able to step back and see what’s been done so far.

“I’m proud,” Peniche says. “It makes me feel proud of myself, but also for my dad. It instantly makes me think of him and how proud he would be of our poor family who migrated to this country. And now my dad’s son is going to be in a mural in the neighborhood where we lived. Not only that, but I’m gonna be sharing a story about myself. It feels so unreal.”