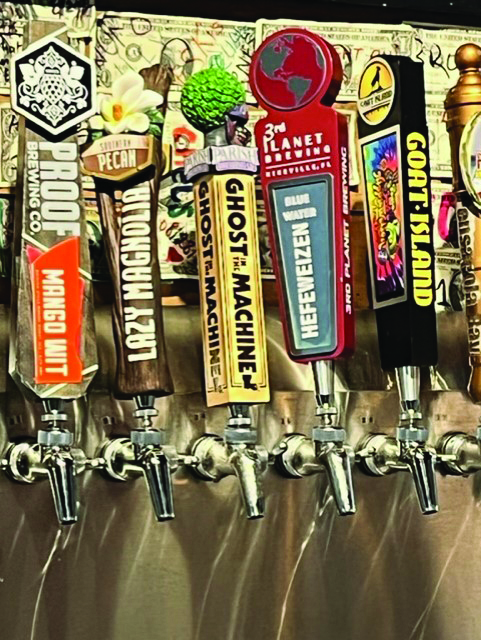 Back in the first half of the ’80s, I took my first sip of Sierra Nevada Pale Ale. Upon finishing what tasted like a magical elixir, I immediately wanted another. I had enjoyed a malted alcoholic beverage prior to it, but Sierra Nevada, a “microbrewery,” seemed to elevate the taste of beer to a new level. It was early days for what would become known as craft brewing, but the new stuff was pleasingly bold, with hints of citrus and pine. There would be other “Aha!” tastings along my craft beer journey (Red Tail Ale, Fat Tire, Pliny the Elder), yet it was the beginning of a hop-induced revelation, as well as a burgeoning beer revolution.

Fast forward a few decades and my Sierra-impressed self would be gobsmacked by what’s currently available on the shelves at Hazel’s Beverage World (1955 28th St.) in Boulder. Pineapple Vanilla Chantilly Milkshake IPAs stand proudly next to variously fruited ales and sour beers, esoteric stouts and retro-leaning “crispies” (lagers with a crisp finish). Present-day beer drinkers face an embarrassment of barley-based riches. There are so many creatively brewed beers now that by all rights we should be facing beer saturation. Yet this does not appear to be the case.

“It’s nuts out there,” observes Paul Myhill, a longtime beer enthusiast, entrepreneur and home brewer who recently earned the title of “Colorado Brewery Master” after visiting every currently operating brewery and taproom in the Centennial State. “We’re very spoiled now. American brewers have gone a little whacky, but it’s a beautiful chaos.”

Myhill, who regularly posts funny beer-related memes on his Colorado Beer Guy Facebook page and enjoys poking fun at the vacillations in the brewing world, says he favors classic styles of beer, but he’s also quick to note that he’s not a beer snob.

“I think there’s a place for it all,” he says. “You have to offer a Bacon Maple Syrup Blueberry Pancake Milkshake IPA, or the fruit slushy beer, to appeal to the younger generation who might otherwise be drinking a hard seltzer or some kind of malt-flavored beverage that’s not really beer. If you’re capturing them with something that beer purists would laugh at, and it’s a gateway to getting them to possibly enjoy other styles, then great.”

Myhill, who remembers when Boulder Beer was an early player in the craft beer movement and Liquor Mart was his go-to spot for beverage variety, considers himself to have lived through and been an active part of the craft-brewing revolution. He says he does not envision a future without specialized beer, and he sees younger drinkers as the key.

“The industry is no longer in its hyper-growth phase,” he muses. “I’d say we’re in the early maturity stage. Craft beer will always be around, because a lot of consumers don’t want to drink the same beer twice. It’s part of that Untappd (the social media platform for beer aficionados) phenomenon, where people want to see how many different beers they can drink. I don’t think we’ll ever get away from this segment; but the core craft beer style is now your daddy’s beer, or even your granddaddy’s beer, and the younger drinkers appreciate new twists.”

In terms of the latest whims within the ever-shifting world of craft beer, Myhill is particularly excited about a return to some of the earlier taste profiles from the Left Coast.

“I’m excited about the resurgence of the West Coast IPA,” he enthuses. “You’re seeing people giving up some of their barrel edge from New England style to West Coast again.”

West Coast style IPAs are defined by their bitter hop flavors and floral accents, whereas New England “hazies” lean toward fruity, often tropical flavors and have a signature unfiltered and cloudy appearance. Both of these styles are now considered a core style of beer in the craft world, but it wasn’t always so.

“Brewers never thought they would be brewing hazies, but you can’t predict what people will want,” Myhill says. “It used to be that if you had a beer that was over-hopped, you thought the brewer was trying to hide impurities. If a beer didn’t brew to style, you could hop it up to hide your mistakes. Then people liked it. It also used to be that if your beer wasn’t clear you were considered off-style. You didn’t get medals for it.”