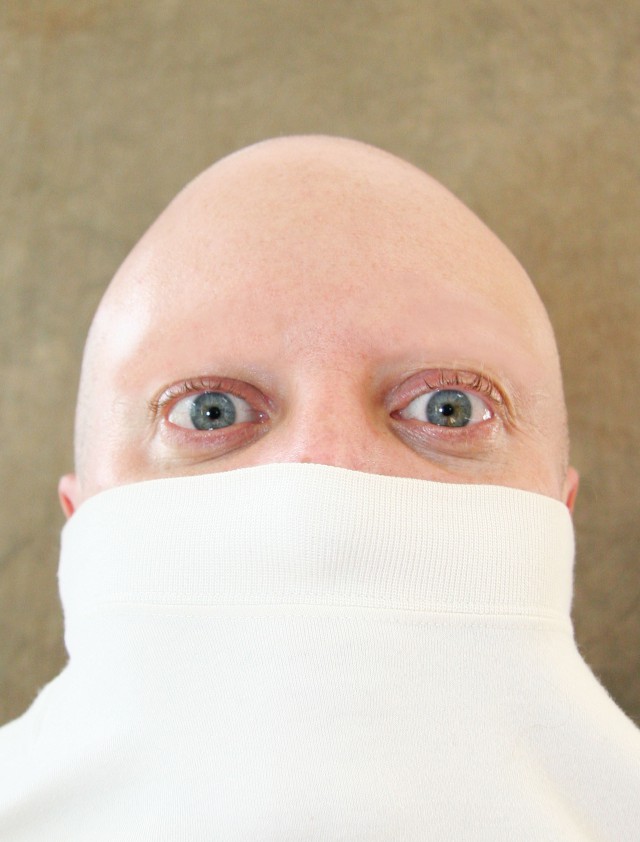 When Russell Crowe apologized for tweeting that “circumcision is barbaric and stupid,” a lot of us were left wondering not only why his opinion on this issue constituted news, but also why he felt the need to apologize. Certainly, he expressed himself without tact, but that’s just Crowe, right?

That’s right.The horrors of bubonic plague, smallpox epidemics and war are nothing compared to the hell unleashed when someone gets himself off.

Kellogg recommended circumcising boys without anesthesia. For him, pain was part of the procedure’s curative effect.

“The operation should be performed by a surgeon without administering an anesthetic, as the brief pain attending the operation will have a salutary effect upon the mind, especially if it be connected with the idea of punishment, as it may well be in some cases,” he wrote in Plain Facts for Young and Old. “The soreness which continues for several weeks interrupts the practice, and if it had not previously become too firmly fixed, it may be forgotten and not resumed.”

For girls, he recommended the use of caustic, blistering chemicals on the clitoris or, if necessary, “the removal of the clitoris and nymphae [labia].” What he describes is nothing less than full blown female genital mutilation (FGM) as practiced with devastating effects in parts of the world today.

The prevalence of circumcision in the United States increased from about 30 percent in the 1930s to nearly 80 percent by the early 1970s. During the past two decades, the circumcision rate decreased as parents began to question the need for a procedure that causes their new babies pain and which has no United for reasons benefits a STDs, old personal doms outweigh bleeding, with%uFFFD proven benefits.

Today, the circumcision rate in the United States is about 50 percent. But for many, circumcision for non-medical reasons needs to end altogether.

They point out that the potential benefits of circumcision — cleanliness, a possible lowered risk in contracting STDs, a lower risk of penile cancer in old age — can also be achieved through personal hygiene and the use of condoms and that these benefits do not outweigh the risks, which include bleeding, infection, pain that interferes with breastfeeding and sleep in the early newborn period, adhesions, possible irreversible damage to the penis and even loss of the penis.

Further, the foreskin contains some of the most sensitive nerve endings in the penis and is intended to shield the glans, keeping it moist and protected. Without the foreskin, the glans slowly becomes keratinized, with the skin growing thicker and tougher, a process that can lead to erectile dysfunction or lessened sensitivity during sex.

Circumcised men are likely to dispute the latter. But how can they be sure they’re not missing out? They can’t.

What do the medical experts say? “Existing scientific evidence demonstrates potential medical benefits of newborn male circumcision; however, these data are not sufficient to recommend routine neonatal circumcision,” writes the American Academy of Pediatrics. “In the case of circumcision, in which there are potential benefits and risks, yet the procedure is not essential to the child’s current well-being, parents should determine what is in the best interest of the child. To make an informed choice, parents of all male infants should be given accurate and unbiased information and be provided the opportunity to discuss this decision.”

The American Medical Association refers to circumcision as “non-therapeutic,” i.e., not medically necessary.

And that’s the bottom line: circumcision is not necessary and comes with risks that might not outweigh possible benefits.

Armed with this information, a coalition of nurses (some of them neonatal nurses traumatized by years of observing circumcisions), doctors, midwives, parents and men who were harmed by circumcision are working nationwide as part of the National Organization of Circumcision Resource Centers (NoCirc) to eliminate the practice of newborn circumcision. In San Francisco, “intactivists” are pushing for a referendum that would make it illegal to circumcise boys under the age of 18. The referendum does not make exceptions for religion, pointing to the widespread opposition toward FGM in the United States, a practice often justified by religion. (FGM is illegal in Colorado.)

Not surprisingly, this has led to an outcry from the Jewish community across the country, with some decrying anti-circumcision activism as anti- Semitic. They argue vehemently against comparing male circumcision to FGM, saying that removing a bit of skin from a boy’s penis is nothing compared to removing a girl’s clitoris and labia, which robs a woman of sexual pleasure and is linked to increased risk of death for both mother and infant during childbirth, in addition to a host of other medical problems.

Apparently, they are unaware that there are forms of FGM that entail removing only part of the clitoral hood or the tip of the clitoris. Yet Americans are quick to criticize all forms of FGM, which is not covered in any form by health insurance or Medicaid. Further, men who’ve suffered lifelong problems with sexuality and penile health due to circumcision are unapologetic in their use of the term “male genital mutilation” to describe an unnecessary procedure that has caused them a great deal of emotional turmoil.

For some Jews, proof of the movement’s anti-Semitic underpinnings lies in a comic strip called “Foreskin Man,” created by intactivist Matthew Hess, which shows a blond superhero confronting Monster Mohel, a creepy looking Jewish man rendered in ways that are eerily reminiscent of the Nazi literature that fueled the Holocaust. Though Hess says he views anyone who circumcises boys as a villain, the comic strip is admittedly disturbing.

But Hess is one person in a movement the roots of which are compassion for baby boys and a concern for male sexual health.

And despite the outcry from the Jewish community, Jews are increasingly questioning the practice of circumcision as well. As Rabbi Eugene Borowitz famously said, “Judaism has never demanded uniformity of belief or practice.”

On Oct. 18, filmmaker Eiyahu Ungar-Sargon, an Orthodox Jew, comes to Boulder with his film Cut: Slicing Through the Myths Of Circumcision, which details his struggle with the issue.

In Colorado, there are currently no efforts to ban circumcision. However, as of July 1, Medicaid will no longer cover circumcision unless it is medically indicated. Intactivists in the state say that although this is a step forward, the state’s CHP insurance program will still cover infant circumcision, as does private health insurance, meaning that the decrease in circumcisions is likely to be small.

Where real gain can be measured is in education. Sometimes, practices are nothing more than cultural habits. The purpose has been forgotten, but the practice persists. Most parents aren’t thinking of the evils of “onanism” when they hand their newborn sons over to be cut. When asked their reasons for choosing circumcision, many parents say that a penis is easier to keep clean if it’s circumcised. Others said that they want their sons to look like Daddy.

But if a penis is tough to keep clean, what about a vulva? And exactly how many daddy-son penis comparison sessions happen in American households each week?

There are simple solutions to both issues, of course, and neither involve making a newborn baby bleed. One involves soap and water, the other simple conversation and truth. As parents learn more about circumcision, they increasingly choose to leave their sons intact. In that respect, Crowe’s tactless tweets were helpful. Together with the San Francisco referendum, they’ve launched a nationwide discussion on a practice that is deeply ingrained in American culture, yet which has little value and, in fact, may cause lasting harm.

For more information, go to www.nocirc.org; jewishcircumcision.org; and cutthefilm.com. Or view this lecture from Georgetown University’s Ryan McAllister, Ph.D. Child Circumcision: An Elephant in the Hospital. *Graphic content*