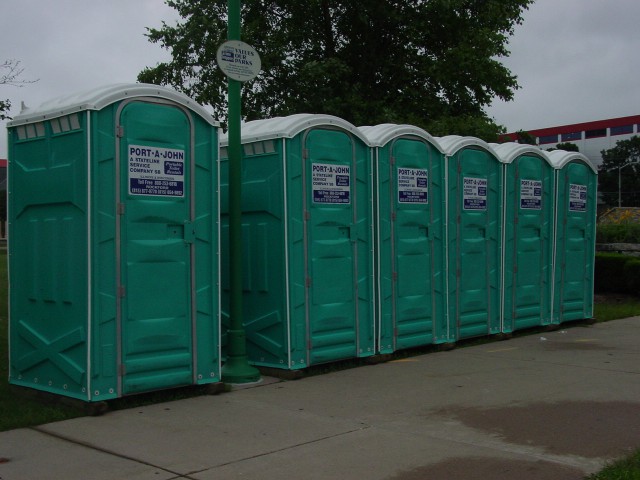 A man who
Boulder police believe is the person who hid in a portable toilet at a yoga
festival last weekend has been arrested.

Luke Irvin Chrisco, 30, is being held at the Vail Police Department after being
arrested by Vail police on a traffic charge. Police say they suspect Chrisco of
being the man who hid in a portable toilet at the Hanuman Yoga Festival on June
17 before being detected and fleeing the scene, covered in feces.

The traffic stop
in Vail on June 23 stemmed from an incident at a Vail gas station after
witnesses reported that Chrisco had been panhandling. Vail and Avon police
stopped Chrisco on Interstate 70 during their investigation of the panhandling
incident, and an officer realized that he resembled the portable toilet suspect,
police said. A Boulder police department detective interviewed Chrisco June
23 and arrested him on charges related to the yoga festival incident.

Chrisco is expected to be charged with unlawful sexual contact and criminal
invasion of privacy. Bond for the traffic offense in Vail is $1,000, while bond
for the Boulder charges is $1,500. Police said Chrisco’s booking photo is not
being released yet, “pending further investigation.”

Boulder detectives say they received more than a dozen tips regarding the case.
In a prepared statement, Boulder Police Chief Mark Beckner thanked the public
for providing valuable information to detectives.

“We are grateful
to the public for helping us resolve this disgusting case in an expeditious
manner,” he said. “They gave us a number of tips which pointed us in the right
direction. Our gratitude also extends to the Vail and Avon police departments
for their assistance.”

On June 17, a woman entered a portable toilet at the Hanuman Yoga Festival. She
noticed movement in the tank when she lifted the lid and immediately exited and
asked a nearby man for help. The man entered the portable toilet and saw
someone hiding inside the tank under what looked like a tarp. When the man
left, police said, the suspect locked himself inside, and then attempted to
leave after about 10 minutes. A security supervisor for the festival was
waiting, and although she tried to stop him, the suspect ran away.