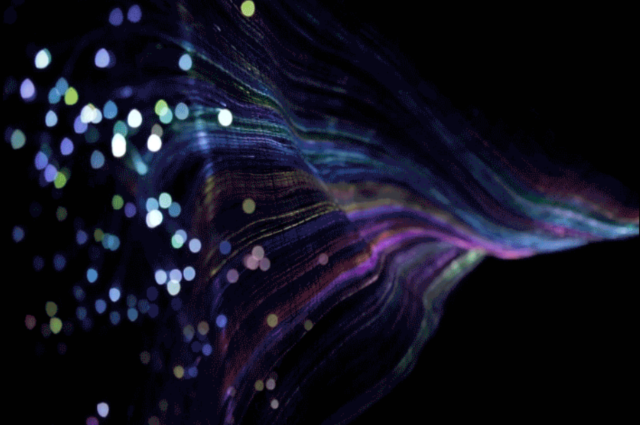 Virtual Studio Tours gives artists a chance to take viewers behind the scenes of their studio practice and chat about their processes and inspirations. The series is moderated by BMoCA’s community engagement and events coordinator for half an hour on Instagram Live. The July 16 tour will feature Sandra De Berduccy (Aruma), a Bolivian artist, weaver, specialist in Andean textile techniques and researcher in textiles and new media. The July 21 tour will future Thomas “Detour” Evans, a Denver-based creative whose murals of George Floyd, Breonna Taylor and Elijah McClain have recently graced public walls in Denver.

The Boulder County League of Women Voters invites you to attend a forum discussing what citizens want to achieve in Boulder City Council elections and steps to get there. Ensure effective city governance, directly elect the mayor and ranked voting are all topics for discussion. Panelists include Rich Lopez, Jan Burton, Celeste Landry and Marcus Ogren. The forum will include time for questions and answers following the panelist presentations.

Sean Kelly, lead singer of The Samples, will present an intimate acoustic set from Stone Cottage Studios in Boulder, using state of the art equipment to bring a high-definition concert experience to music lovers’ homes. The event will be an innovative livestreaming production, featuring 1080P, guaranteed to make viewers feel like they are in the room with Kelly and his guitar. There will also be a limited number of VIP packages where fans can purchase personalized “shout-outs” during the show, and an even more limited opportunity for fans to request a song and have Kelly tell the story around that song during the livestream.

‘Endgame’ is an inside look at the impeachment of Donald Trump from member of the House Intelligence and Judiciary committees Rep. Eric Swalwell (D-CA). Swalwell explores what the impeachment means for our nation’s immediate future. Our current pandemic and racial crises, John Bolton’s late revelations, and the Russian bounty scandal underscore the book’s theme: President Trump’s inability to put his personal political interests second to the needs of the American people. The book not only gives readers an in-depth, behind-the-scenes look at impeachment, but also how it set the stage for this November’s election and what’s currently at stake.

The Catamounts will launch its 10th season with In The Rough, an immersive comic romp exploring wildness and tameness, privilege and access, and the journey of the old ball and stick from the socially distanced safety of a golf cart. Eight carts a night will travel through legends, stories and the front nine holes of Westminster’s public Legacy Ridge golf course in a summer evening of theater designed for our six-feet-apart times. Tickets are on sale now. For more information about safety protocols, or how to subscribe to The Cats’ entire 10th season, visit thecatamounts.org.

Winner of the Tony and the Drama Desk Awards for Best Book, ‘The 25th Annual Putnam County Spelling Bee’ has charmed audiences across the country with its effortless wit and humor. Featuring a funny and touching script and a vibrant score, this bee is one unforgettable experience. An eclectic group of six mid-pubescents vie for the spelling championship of a lifetime. While candidly disclosing hilarious and touching stories from their home lives, the tweens spell their way through a series of (potentially made-up) words, hoping never to hear the soul-crushing “ding” of the bell that signals a spelling mistake. Six spellers enter; one speller leaves. The Spark will be offering an outdoor performance with limited seating. Tickets are on sale now.

Even though our minds and wallets have been deeply distracted and impacted by the pandemic/economy/political divisiveness, the need for environmental change and protection has never been greater,” Richard Paradise, founder of the Boulder Environmental / Nature / Outdoors Film Festival (BoulderENOFF), says. “The silver lining is that families are spending more time together in the outdoors, life’s pace has slowed, and there is a greater appreciation of what nature can offer us.”

Paradise is spot on. With the global pandemic brought about by COVID-19, air, earth and sea traffic lessened, and many noted how blue and clear the skies looked. How marine life returned to bays and lagoons long abandoned, and how the absence of a fast-paced consumer-driven world allowed for more time for thought and reflection.

There are downsides: Unemployment is soaring while consumer confidence has cratered. Businesses are barely hanging on, and those in the hospitality industry have had to turn to single-use plastics to comply with health regulations. In three months, long-fought battles to get businesses and consumers away from disposable products evaporated in a snap.

“Climate change has not halted, wildlife habitats are still under great pressures, environmental protection guidelines have been relaxed in the name of ‘opening the economy’ — these are things still worth fighting for,” Paradise says.

Talk about perfect timing for an environmentally themed film festival, and BoulderENOFF returns July 16-23 for a week of movies depicting a world worth fighting for, and those leading the fight.

Nine features and two short packages make up this year’s festival, all of them available July 16 via the festival’s website: boulderenoff.org. Switching from in-person to virtual wasn’t Paradise’s first choice, but the move presented a few hidden benefits, namely a “great number of filmmakers and guest participants.”

“One of the advantages of doing the festival virtually, is that filmmakers have become very used to doing Zoom/online interviews and Q&As for their films, allowing for greater participation — without the time commitment of travel and the expense,” Paradise says.

It also makes filmmakers more amenable to producing bonus material to sweeten the deal, and Paradise says most of the movies presented this year will feature pre-recorded Q&As.

“So when you rent [Watson] about Paul Watson, the founder of Sea Shepherd, you’re also going to get an interview that I facilitate between him and the director of the movie [Lesley Chilcott].”

It’s a way of creating “that film fest experience.”

Only in its second year, BoulderENOFF is still new, but Paradise sees 2020 as the festival’s “gap year … a bridge to next year,” and future festivals will most likely contain a virtual theater component. But not at the expense of in-person moviegoing.

“A festival is traditionally a place for gathering,” he says. “Nothing can replace the excitement and exchange of gathering and watching films together.”

Paradise is already champing at the bit to get back to the Dairy Arts Center for BoulderENOFF 2021. Until then, he’ll be making himself comfy on the couch with the rest of us for a week of environmental cinema.