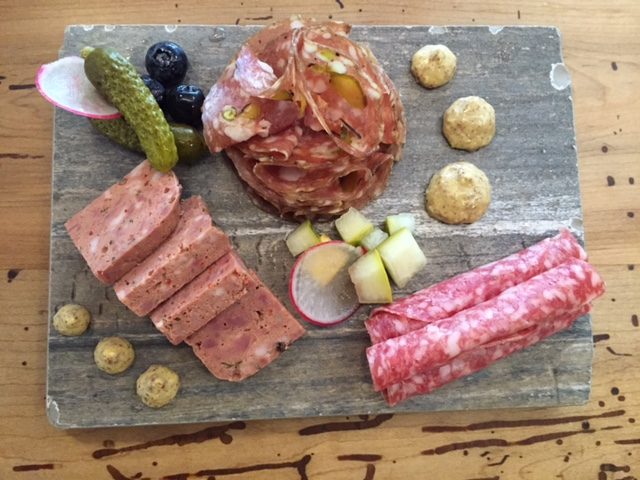 Like anything good in life, the food industry is always in flux, changing and growing according to the latest tastes like a living, breathing organism. One year the trend is white tablecloths and three-course meals, the next it’s bone marrow donuts served out of a humming food truck. These fashions and fluctuations are almost unpredictable, but to help us gain a bit of insight into the coming Boulder restaurant world, we talked to two renowned local chefs: Hosea Rosenberg of Blackbelly Market and Alec Schuler of Tangerine and Arugula. Here’s what they have to say about fall food trends.

White tablecloths are stuffy. Best to trade them for a classic burger.

As Schuler has learned from his experience running two very different local restaurants — appetite for the hamburger is alive and well. While Tangerine’s more casual atmosphere has flourished, the fine-dinging ambiance of Arugula has begun to fall flat with younger restaurant-goers. Thus, on Oct. 6, he will unveil a new, more casual menu to suit this growing taste for informality at Arugula.

“I feel that the standard fine dining — white-tablecloth-order-an-appetizer-order-an-entrée-order-a -dessert style — doesn’t really have a long-term future,” Schuler says. “The diners under 45 don’t want to eat that way. They want it more casual. They maybe, yes, want a good glass of cabernet, but also have a hamburger with their cabernet rather than the filet mignon.”

Corwin Sheahan, an engineering student at University of Colorado Boulder and member of the under-45 group, says his ideal dining experience falls under this level of simplicity, minus the cabernet. “Overall, I want to have good service, a great craft beer selection and excellent tasting food,” Sheahan says. Hamburgers included.

But that’s not to say that all diners want a slice of beef on a wheat-filled bun. As you might have noticed, food allergy-conscious menus are as prevalent as the burger.

Gluten allergies, and others, are becoming more easily accommodated.

“I’ve seen, over the last couple years, a bigger increase in allergies, especially gluten,” Rosenberg, of Blackbelly Market, says. “So our menu, without even trying that hard, is very Paleo-friendly. We do a lot of meat and a lot of vegetables so that kind of falls into play with gluten intolerance. The dairy thing is a little tougher; I like to work with butter. But the wheat/gluten thing has become pretty easy for us.”

Menus should be understandable for the average Joe.

For Schuler, adapting menu items to be palatable for those of us who didn’t go to culinary school was a necessary lesson in adapting to new trends. “We had a corn risotto topped with heirloom tomatoes and alto adige speck [at Arugula],” Schuler says. “But the average Joe might not think of those combinations together, even though it was delicious. So, I thought, let’s just give them paella or squash risotto — something they can immediately identify with. People want it more casual and more relaxed, not ‘I can’t pronounce the name of that dish. What is it?’”

But that doesn’t mean that restaurant-goers will be talked down to.

“The dining public is much more educated about food now,” Rosenberg says. “People really want to know where the ingredients come from, so sourcing is probably one of the most important things great chefs and great restaurants are doing — knowing exactly where the food is coming from and working with great farms, great ranches and great artisan purveyors so that you can explain all of the ingredients in a dish and their prominence.”

The result is a restaurant full of employees that can tell you exactly where the food came from, the name of the ranch where your cut of meat was raised, every ingredient in each dish, the age that the pig you’re eating was when it died and how it was treated in its lifetime. Not unlike an episode of Portlandia.

Quality dining and fine dining are different. The former can include even the little people.

“I’m actually excited about making the menu at Arugula more casual, because I have kids — I have four young sons and I’m a busy person,” Schuler says. “I’m looking, personally, less for that fine dining experience anymore.”

Rosenberg agrees that fine dining doesn’t have to be the stale, special event experience it used to be.

“There’s a certain level of perfection that’s associated with what fine dining means,” he says. “However, a lot of restaurants, ours included, can offer really high-end cuisine and great service but it doesn’t have to be in such a serious environment.”

It’s cool to be transparent.

Many establishments are embracing open environments as they move away from fine-dining models and towards new trends.

“We’re very physically transparent in [Blackbelly],” Rosenberg says. “We have an open kitchen in the restaurant and the butcher shop is wide open so you can see everything that we’re doing. You see more and more of that where chefs are on display. People like it. It’s fun to watch — it’s entertaining but it also makes the statement that we’re not hiding anything. There are no tricks going on in the back. The food is being made the way it should be.”

Showcasing the kitchen can put those restaurant-goers with a desire for cleanliness at ease in this regard. “Nothing makes me want to run away screaming from a restaurant than a dirty appearance,” Sheahan says. “Cleanliness is also an extension of atmosphere. I definitely will discriminate my dining choices based on atmosphere.”

These fall dining trends embrace a feeling of juxtapositions: high-end restaurants fit with deep fryers; classic, greasy cheeseburgers made with locally sourced products; gluten-free menu items nestled neatly next to wheat crust pizzas. And while the concept of fine dining is certainly changing, the prevalence of good food in Boulder is certainly not in danger.