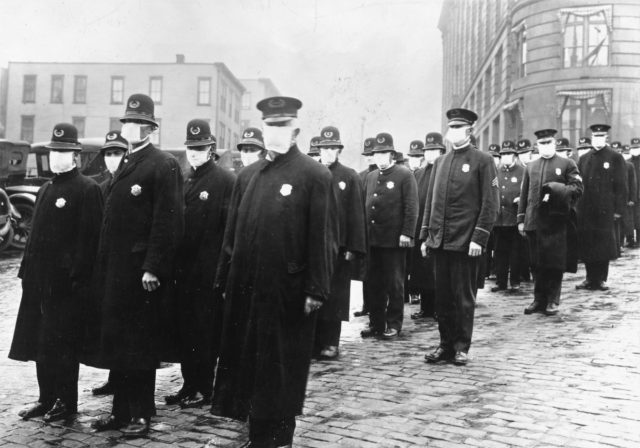 So you want to get rid of the police, huh?

Option 1: Raise the Hue and Cry.

Dating back to the late 13th century in English law, raising the Hue and Cry means that anyone who witnesses a crime is required to yell, in so many words, “After the Rogue” and start pursuing the perp. Anyone who hears the witness is also required to raise the Hue and Cry and join the chase. Both the cry and the pursuit must be kept up from town to town and county to county until the criminal is caught and either delivered to the sheriff (if he surrenders) or killed on the spot (if he resists). Raising the cry and joining the pursuit was mandatory. Failure to do so made you accessory to the crime. It’s obviously a great way to deal with street crime in neighborhoods that don’t want cops around. And what could possibly go wrong?

Today the term “outlaw” usually refers to any fugitive from justice. However the term originally referred to someone who had been stripped of the protection of the laws by a court and consigned to the status of being “outside of the law.” A person who was declared an outlaw could legally be beaten, robbed, tortured, killed, etc. by anyone in the community.

Outlawry is a great way to deal with known bad actors who commit crimes when there aren’t any witnesses around to raise the Hue and Cry in cop-free cities. An outlaw who attempted to commit a further crime (no matter how small) could be killed on the spot by the intended victim, or subsequently hunted down by the victim’s agents or independent bounty hunters. That should cut down on recidivism. It should also reduce the need for prisons. A lot of outlaws, maybe most, would either go into hiding, in effect incarcerating themselves, or assume new identities and attempt to lead law-abiding lives, in effect reforming themselves. Either alternative is acceptable.

Importantly, outlawry is not a return to vigilante justice. Vigilantes were self-appointed posse, judges, juries and executioners. But with outlawry, an offender would be declared an outlaw through a legal process, and, equally important, members of the community who choose to act against the outlaw would be acting with full sanction of the law, not acting outside it like vigilantes. Still, speaking of vigilantes…

A dictionary definition (Oxford English in this case) of a “vigilance committee” is “a self-appointed committee for the maintenance of justice and order in an imperfectly organized community.” Like a community without a police department. Like Minneapolis, maybe. Vigilance committees were formed in a number of frontier communities, including San Francisco in 1856. Think of them as an early example of community policing. What could possibly go wrong? Well, in 1966 a book came out about the San Francisco Committee of Vigilance. It was titled, San Francisco’s Reign of Terror.

There are plenty of private security companies around, but if you are a group of merchants threatened by mobs of excitable boys who want to loot and burn your businesses in a police-free city, you might want to hire a firm with a lot of hands-on experience in counter-insurgency, I mean private-sector community policing. The company formerly known as Blackwater Security comes to mind. Its superbly trained agents know how to stop trouble before it begins. And what could possibly go wrong? OK, there were those pesky incidents in Baghdad when someone looked cock-eyed at a Blackwater-guarded convoy and a misunderstanding involving live ammunition ensued. OK, they over-reacted. But when your city is in flames and there aren’t any cops around, you might consider that a feature, not a bug.

Option 5: Make an arrangement with the mafia.

The mafia has been in the protection racket, I mean business, for decades. It’s pretty good at what it does. However it doesn’t provide on-site security during a riot to prevent looting. Hunting down the looters after the riot and blowing their knee-caps off is more its style. And if your local godfather needs a favor from you, you better do it. Or else.

Power hates a vacuum, and if you get rid of your local police, someone, usually someone with a militia, is going to take over and provide a full range of security services — to those who play ball with them and pay their, uh, tithings. Some police-free cities have had several competing warlords at the same time. It happens all the time in the developing world.

Option 7: Embrace self-defense. And the suck.

When you’ve gotten rid of the police — and you suddenly realize that we are not all in this together — your last line of defense is self-defense. Buy a gun. And learn to sleep with one eye open.