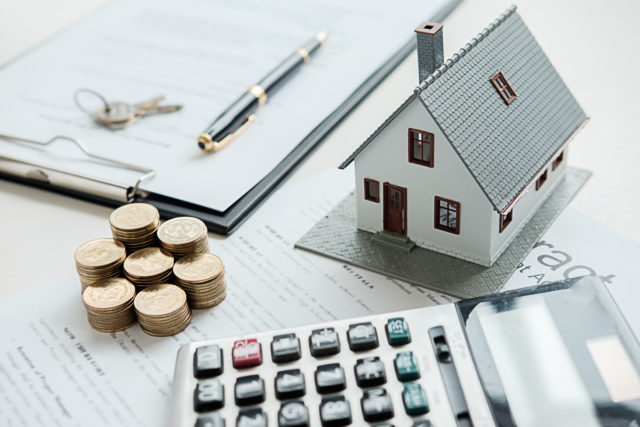 My debut column two weeks ago went into an abbreviated history of rent control (RC) in Boulder and Colorado. Now it’s time to deal with the present.

A sadly relevant detour: As I write this, I read the headline, “U.S. rents hit new high”—something I referenced in the first line of my first column. National rents for single family homes jumped 12.6% from last year—double the inflation rate, and far above average wage increases. While I’ll be addressing this more in later columns, inflation actually has little to do with rents for existing rental housing—but wage levels are painfully relevant for most renters.

This brings me to why we need rent control. To state the obvious: We’re in the midst of the worst affordable housing crisis ever with rents at unsustainable levels—rents are simply out of control.

One consequence is that tenants are increasingly financially stressed. Going a little deeper, part of that stress translates into needing to move more often when the rent takes an even bigger bite out of relatively small wages. A growing number of people just barely hanging on to housing are pushed into homelessness. On a community level, lack of individual stability leads to lack of neighborhood stability. The constant churn of renters due to rent raises means tenants feel less and less rooted to a place.

It also means more people leave a community after failing to find affordable rents. If they still work in that community, they have to commute farther, leading to more traffic congestion, climate degradation and a lack of connection to the city they work in. Additionally, families with children have less school stability.

The good news is that rent control (RC) can have the largest and quickest impact to stabilize almost half of the population. It’s already happened around the country.

Almost 200 cities in California, Oregon, New York, New Jersey, Maryland, Minnesota and Washington, D.C. have laws that regulate rent increases. Not all cities in those states have RC, but it seems to be slowly increasing.

It should be noted that there are many different kinds of rent stabilization programs throughout the country, so one can’t make too many generalizations about RC. But the sky-is-falling crowd continues to make unsubstantiated general predictions.

One of the main arguments against RC is that it will hamper/eliminate new rental units being built because developers won’t build units that can’t maximize profits through endless rent increases.

First, most cities that have RC exempt new construction—so that generally moots the issue. But even if new construction wasn’t exempted, this claim is based on a faulty premise.

I’ll be honest—most economists don’t like RC at all. Anything that interferes with the sanctity of The Markets is generally despised, especially when it comes to violating one of the holiest commands, “Thou shall worship Supply and Demand.” The economic high priests say that less supply triggers more demand, and therefore prices go up (not because it costs more). Conversely, more supply means less demand—and prices will drop, or at least stabilize.

In housing, this is simply not true. Even as supply has been increasing, when was the last time you saw rents dropping (other than momentary seasonal dips)? Whether in Boulder or any other urban/suburban area, no matter how much housing is added, rents don’t go down. They continue to rise, supply be damned. And of course, this is in the absence of RC.

Housing is an inelastic market. No amount of added supply will alleviate the ongoing shortage of affordable housing, especially in a city like Boulder, which is highly attractive to people who want to move here, and has a 1% growth cap. In other words, we can’t build our way out of the rental housing crisis. This doesn’t mean we shouldn’t build more permanently affordable housing—we absolutely should. But it won’t reduce rental prices of existing housing, which is where the crisis lies.

So it is somewhat irrelevant if RC exempts new construction or not, since there’s no evidence that more rental units will put downward pressure on rents.

But there is evidence that it may actually do the opposite. “Rent control can increase supply,” states at least one study. “If housing developers cannot generate extra profit through rent increases, it creates an incentive to build more units,” according to one source that cites economist Gary Painter.

RC opponents have been trying to sow panic for years, saying that rental housing will fall apart because landlords can’t raise rent to cover maintenance. They point to RC cities with abandoned and deteriorating buildings, such as NYC. Wrong and wrong.

I know of no city that doesn’t allow maintenance or improvements to be passed on in rent increases. These costs (along with repairs, taxes, utilities and other legitimate costs) are allowed in raising rents. Using NYC as a poster child for abandonment because of RC completely ignores that virtually all cities—including those without RC—have deteriorating housing stock. Here in Boulder, we have plenty of examples of poor maintenance or lack of repairs by landlords, when there is no rent control.

This is a bogus argument, and again, there is little to no evidence supporting it.

You would not know which cities have rent control unless you live in states that allow RC. In other words, although the rental-industrial complex and economists often predict disaster for any city enacting RC, it never comes true. That’s why those cities still have rent control—it works.