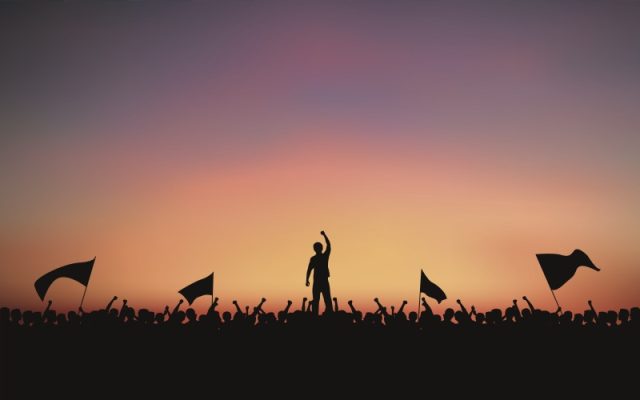 The apocalypse has been averted in the midterms. There was a fragile, informal, anti-fascist united front from Noam Chomsky to Liz Cheney. Joe Biden is unpopular, but he and his alliance of center and left Democrats did good things. When you do good things, a lot of voters notice.

The GOP is clueless about how much rage the Supreme Court’s Dobbs decision provoked. Abortion rights won in several state ballot proposals across the country. The misery they are causing will make abortion a ticking time bomb.

It was a relief that the Democrats won the Senate, but it is probable that the Republicans will use their control of the House to  just make life miserable for Biden and the Democrats. Many voters were supportive of progressive change. A report by the Economic Policy Institute notes:

“In this year’s midterm elections, voters showed a strong level of support for progressive ballot measures across the country. These victories were tempered by the defeat of worthwhile ballot measures in some states and the uncertainty of progress under a divided Congress. Nonetheless, voters across the country approved minimum wage increases, protected access to abortion, supported cannabis legalization, and approved measures to increase housing affordability and promote good union jobs. Though much work remains to be done to enact a progressive economic agenda, this midterm election showed clear signs of support for a policy agenda that prioritizes economic, racial, and gender justice for working families.”

Shailly Gupta Barnes, policy director of the Poor People’s Campaign, points out that more and more low-income people are voting for these measures across the political spectrum in both Democratic and Republican dominated states. Her group organizes them in a non-partisan manner. “If you need more than a minimum wage, go vote,” she says. “If you need to decide between paying for rent or medications, go vote. If you still don’t have decent health care or potable water, go vote.”

John Fetterman ran an aggressively progressive campaign for the U.S. Senate in Pennsylvania. Joe Biden won the state in 2020 by one point. Fetterman is the former mayor of a small town and the lieutenant governor. A Bernie Sanders supporter, he is a big guy in a hoodie and cargo shorts. He tried to campaign in every county.

Fetterman outperformed in Trump friendly areas. The Washington Post’s Greg Sargent notes that the American Communities Project found that Fetterman “significantly reduced his opponent’s margins of victory — relative to Biden’s 2020 performance against Trump — in three types of counties where Trump has done well.”

Those three county types are known as the “Middle Suburbs” (whiter and more working class than other inner-ring suburbs), “Working Class Country” (even whiter and tend to be rural and sparsely populated), and “Rural Middle America” (also rural, but also tend to include a lot of small towns and smaller metro areas).

Jacobin’s Branko Marcetic reports that the left had impressive victories in the midterms. He points to “the addition of several new insurgent candidates who, like ‘the Squad’ of 2018, were backed by progressive outside groups — notably the Working Families Party and Justice Democrats — with little or no support from established party networks. The total of such members now rises to 12, after four such insurgent candidates sailed to victory in safe blue seats for which they won primaries earlier this year. This year’s crop is Summer Lee (Pennsylvania-12), Greg Casar (Texas-35), Delia Ramirez (Illinois-03), and Maxwell Frost (Florida-10).”

Marcetic said Bernie Sanders gained two strong allies in the Senate, John Fetterman and Peter Welch, a Democrat of Vermont who had the state’s only House seat. He has been a Bernie ally since Sanders’ days as mayor of Burlington. Welch is a strong advocate for Medicare for All and lower prescription drug prices, and co-sponsored the Green New Deal.

Marcetic reports that the Democratic Socialists of America also had a good night. A number of “the Squad” are DSA members and, “The group has consistently gotten more and more of its members elected at the local and state levels in every election since 2016.”

Varshini Prakash, leader of the youth climate group Sunrise Movement, has the most hopeful comments. “Young people saved this election,” she said. “Two elections in a row, young people proved that Gen Z is a vital voting bloc that can and will be the bedrock of the Democratic party.”