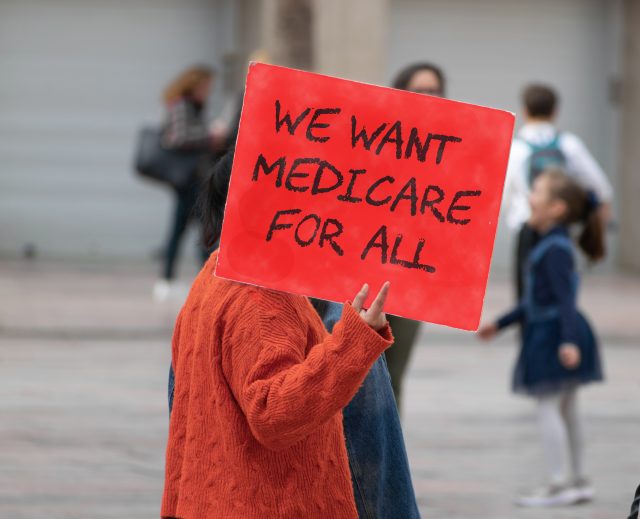 We are bombarded with countless TV commercials by private insurance companies claiming their “Medicare Advantage” plans are much better and more affordable than traditional Medicare.

Is this too good to be true? The assertion contradicts the research and analysis of health care experts who testified before a recent House Oversight Committee hearing on creating a universal health care system. Rep. Katie Porter (D-California) summarized their conclusions: “They told us that Medicare is a far more efficient steward of taxpayer dollars. Private insurance companies spend 17% more on administrative costs than Medicare does. That’s because private insurance companies spend money on things like marketing, commercials, and stock buybacks.”

Medicare has been consistently very popular with both its beneficiaries and the population as a whole since it began in 1965. However, there are holes. It is limited to seniors and certain people with disabilities. It doesn’t cover vision, hearing, dental or long-term care. Beneficiaries are responsible for monthly premiums, deductibles and coinsurance (known as “cost-sharing”).

As a result, progressives support “Expanded and Improved Medicare for All” bills, which would cover everyone. Dental, vision and hearing aids are included. No premiums, deductibles or coinsurance.

A team from three University of California campuses looked at 22 studies on the projected cost impact for single-payer health insurance in the U.S. and found every study predicted Medicare for All would lead to savings. Even the free market-oriented, Koch-funded Mercatus Center estimated $2 trillion in total savings over a decade.

The grassroots movement for Medicare for All has been steadily growing across the country, including in Colorado.

But the Medicare Advantage plans are quite attractive — if you don’t read the fine print. They are cheaper than traditional Medicare and can offer dental, vision, hearing aids and gym memberships.

However, as Barbara Caress reports in The American Prospect, “the plans offer less freedom of choice, with limited provider networks and prior-approval requirements in exchange for sharply reduced and capped out-of-pocket expenses…”

She notes that “most recent retirees do not find the restrictions new or particularly burdensome. Anyone previously insured through an employer health plan dealt with very similar constraints.”

Caress mentions a crucial difference from traditional Medicare: “Medicare still pays, but with Medicare Advantage it turns over all parts of the insurance function, including enforcing the rules for medical necessity and deciding how much to pay providers to private companies.”

What could go wrong? Plenty. In April, the inspector general’s office of the U.S. Health and Human Services Department issued a report which concluded that tens of thousands people enrolled in Medicare Advantage plans are denied necessary care that should be covered under the program.

The New York Times reported, “Advantage plans also refused to pay legitimate claims, according to the report. About 18% of payments were denied despite meeting Medicare coverage rules, an estimated 1.5 million payments for all of 2019. In some cases, plans ignored prior authorizations or other documentation necessary to support the payment.”

Rosemary Bartholomew, who led the team that worked on the Health and Human Services report, said this might delay or even prevent a Medicare Advantage beneficiary from getting necessary care. This can be literally a matter of life or death. She said only a small fraction of patients or providers try to appeal these decisions.

A Times review found four of the five largest Medicare Advantage insurers have faced federal lawsuits accusing them of fraud. A recent report of the Majority Staff of the U.S. Senate Finance Committee found widespread aggressive and deceptive marketing practices such as people posing as agents of the IRS and other government agencies, lying about the size of their networks and conning vulnerable people with dementia and cognitive impairment.

The committee’s chairman, Sen. Ron Wyden (D-Oregon) said, “It is unacceptable for this magnitude of fraudsters and scam artists to be running amok in Medicare.”

Dr. Jeffrey Sachs argues, “We are broken. We spend far more (than other rich nations) on health care; we get far less. Because we don’t even have a health care system. We have a hodgepodge of private overpriced monopolies, whether for-profit or not-for-profit.”

Time for Medicare for All.