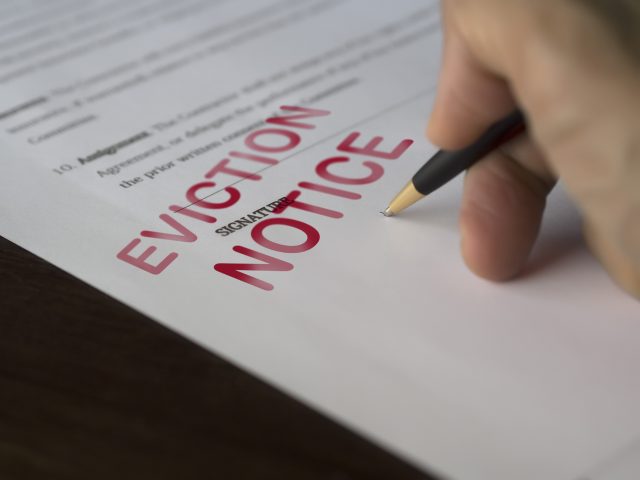 A quick clarification of something I wrote in my Sept. 8, 2022 column about the warranty of habitability for renters: While CU students can get legal advice at the Off Campus Housing Office, for actual legal representation, the CU Student Legal Services can provide that for free.

My last column looked at evictions in Boulder, and specifically the Eviction Prevention And Rental Assistance Service (EPRAS) program, which works under the City of Boulder’s Housing and Human Services Department.

For decades, tenants facing eviction have been in court every Friday morning, usually without a lawyer, and in legal bewilderment. They were usually evicted in less than a minute by attorneys representing their landlord. That legal proceeding and outcome was devastating for most, and for some was a slide into homelessness.

EPRAS was created because Boulder voters passed an initiative called No Eviction Without Representation (NEWR) in 2020. Inspired by a similar law passed in San Francisco, the Boulder County chapter of the Democratic Socialists of America (DSA) put that proposal on the ballot, and last month I interviewed DSA Boulder spokesperson Ruy Arango.

Another DSA chapter member is Austin Bennett, who served as the NEWR campaign’s treasurer. After the measure passed by a significant margin, Bennett was appointed as one of five members of the Tenant Advisory Committee, which was required by the ballot measure to help guide the newly formed EPRAS and advise Boulder City Council.

“People are able to stay in their homes for longer, they’re able to get stipulations (so) they’re not kicked out immediately,” Bennett says of the program’s effectiveness. “Have people had the pain of eviction lessened or delayed? Then yes, it’s a success by that measure. Evictions are still going on, and it’s a success on its own metrics, but it doesn’t go far enough.”

He added, “But as a socialist, my goal with housing is to make the number of evictions that happen (go to) zero. Housing is a fundamental human right. It’s one of the greatest shames of our society that we have people living on the streets, having to make do in a tent.”

Long before a once-in-a-century pandemic hit, evictions were increasing throughout the U.S., including in Colorado. While federal government relief helped stave off massive evictions, most programs have ended or are nearing their end, and once again evictions are rising. Not coincidentally, so is the unhoused population.

Denver may be on the verge of becoming the next city to assist tenants in court, with this November’s election. In December 2018, the Denver chapter of the DSA, inspired by work elsewhere to stop eviction, started looking into some of the 9,000 annual evictions that Denver tenants faced, says Mitch Weldon, a DSA volunteer. They did some detective work and began contacting tenants who had been served a legal notice to appear in court to face an eviction hearing, legally known as FEDs (Forcible Entry Detainer.) They provided renters with information of legal sources that could help them fight the eviction and/or tell them of rental assistance programs, since the number one reason for eviction is non-payment of rent. They also showed up in court with the same information to share resources with tenants whom they were unable to contact.

Meanwhile, the City of Denver had set up a low-income eviction clinic at the courthouse that provided some legal assistance to tenants — if the renters knew about the program and qualified. That program is largely funded by federal pandemic relief money, which is running out.

“What’s the city going to do two to three years down the road when these funds aren’t there?” asks Weldon.

Based on those experiences, and inspired by the Boulder County chapter’s No Eviction Without Representation campaign in 2020, the Denver DSA chapter decided to spearhead their own NEWR ballot initiative. They collected 19,000 signatures to let Denver voters decide next month if they want to fund the same kind of program giving legal services to Denver tenants facing the gut-wrenching experience of eviction.

“For us, guaranteeing the right to counsel requires a program that’s sustainable from a funding perspective.” Like Boulder’s program, Denver’s NEWR initiative would impose an annual $75 per unit fee on landlords to help fund the program.

Since Denver’s current program is means tested (restricted to people earning 80% or less of average median income), the ballot initiative would eliminate that, as does Boulder’s EPRAS. “We don’t want tenants facing eviction put through bureaucratic hurdles at a very stressful time of their life,” says Weldon. “Members of the household, who (might be) working one or multiple jobs, getting hit with the stress of eviction, the stress of figuring out their next housing, paying back rent — the idea that they’re trying to come up with tax documents when they’re going to qualify anyway… was ridiculous.”

In the November election, Denver voters will decide on the NEWR proposal, in the form of Ordinance 305. While they have endorsements from candidates and a wide range of community organizations (see their website newrdenver.com), the landlord’s lobby (Colorado Apartment Association) predictably opposes it, and has raised twice as much to convince voters to turn it down.