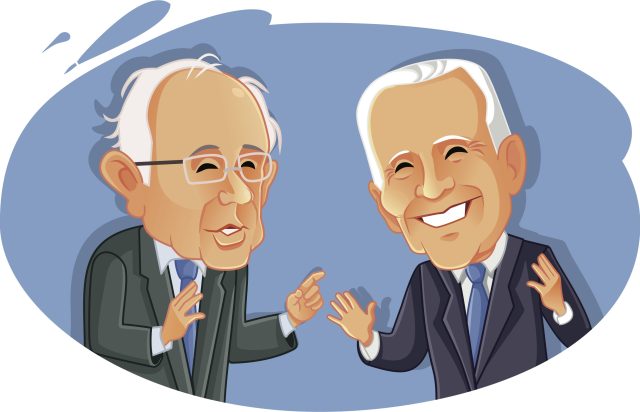 I am writing this a few days before the election and feeling anxious. This may sound strange, but a look at the recent election in Brazil may be illuminating.

The U.S. Trump team immediately cried foul. Steve Bannon insisted that the vote was rigged and that Bolsonaro “cannot concede.”

Ali Alexander, who helped to organize the Jan. 6 attack on the U.S. Capitol, used the #StopTheSteal hashtag while tweeting, “In Brazil, the MILITARY has the right to insert itself into an election where there is suspected FRAUD. We must have an AUDIT NOW!”

What’s going on? A four-month investigation by Agência Pública, an independent Brazilian journalism agency, found that dozens of Trump allies have established relationships with the Bolsonaro family, and supporters of both Trump and Bolsonaro use the same narratives, tactics and platforms to spread disinformation and lies.

Bolsonaro supported Trump’s lies of widespread election fraud in 2020 and refused to criticize the Jan. 6 insurrection. Trump enthusiastically backed Bolsonaro’s re-election bid. Eduardo Bolsonaro, the president’s third son and a member of Brazil’s Chamber of Deputies, has formed close ties to U.S. rightwingers. Bannon has proclaimed Eduardo to be the Latin American leader of his worldwide network of far right parties and groups. Agência Pública has counted 77 visits and meetings between Eduardo and key Trump supporters in the past five years. He traveled to the U.S. frequently, and influential American rightwingers traveled to Brazil.

Eduardo Bolsonaro was in Washington at the time of the insurrection and there are mysteries surrounding his “surprise visit,” as Brazilian paper O Globo described it. Neither the Brazilian embassy in the U.S. nor the foreign ministry were aware of the visit.

Rep. Jamie Raskin (D-Maryland), a member of the House committee investigating Jan. 6,  told Agência Pública that the committee  is “investigating the ties between the Trump regime and the Trump movement with [Vladimir] Putin and [Hungarian president Viktor] Orban and Bolsonaro.” They are interested in Eduardo’s presence in Washington on the day.

Now, regarding Putin. Shortly before Russia invaded Ukraine, Bolsonaro traveled to Moscow for the first time. He thanked his “dear friend” Putin for supporting him in his destruction of the Amazon while other world leaders were criticizing him.

Bolsanaro mimicked Trump in many ways. For years, he made wild conspiratorial accusations against Brazil’s electoral system.

In July 2021, Biden’s pick for CIA director, William Burns, traveled to Brazil and confronted Bolsonaro face-to-face, along with his top staff, and told them to quit bullshitting. Reuters reported: “Burns was making it clear that elections were not an issue that they should mess with.” This is more than ironic.

Burns is the first CIA director who was a career diplomat. He had decades of experience in the State Department. It should be noted that the State Department has for years considered Brazil’s electronic voting system “a model for the (Western) hemisphere countries and the world.”

Bolsonaro, a former army captain, is a big admirer of Brazil’s brutal military dictatorship (1964-1985), though he has said the regime should have tortured and killed more people.

The U.S. backed the 1964 coup that installed the dictatorship and helped keep it in power.

In September, Sen. Bernie Sanders pushed a resolution urging the Biden administration to “review and reconsider the relationship between the United States and any government that comes to power in Brazil through undemocratic means, including a military coup,” and to cut off U.S. military aid to the country in the case of such an outcome. It was co-sponsored by several key Democratic senators. There was a companion resolution in the House.

It passed, but there were no Republicans supporting it.

Lula has been immensely popular because his social welfare programs lifted millions out of poverty during his presidency from 2003 to 2010. He drastically reduced deforestation in the Amazon. He now promises “zero deforestation.” Under Bolsonaro, deforestation rose to a 12-year high. Bolsonaro denied this and fired the head of the agency that issued the report.

Lula has an impressive progressive agenda but is facing big obstacles such as a legislature dominated by the rightwing.

This opinion column does not necessarily reflect the views of Boulder Weekly. Email: letters@boulderweekly.com