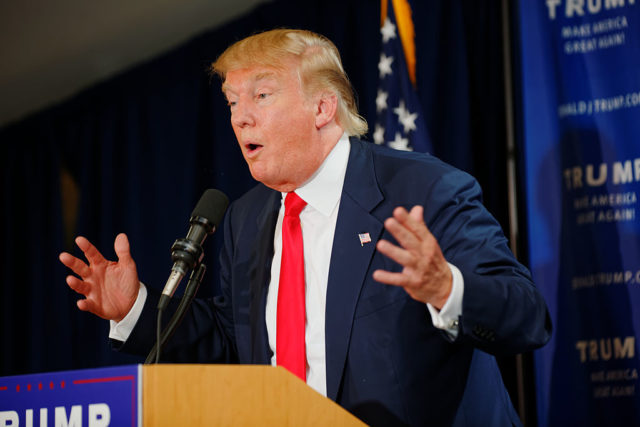 The tide is turning. Donald Trump’s popularity is sinking fast, and it looks like the Democrats may win control of the U.S. House and just possibly the Senate. At least, that’s what the polls are saying at the moment. But pollsters usually don’t ask people, “Are you actually going to vote?”

In 2016, Trump received approximately the same percentage of votes as previous Republican presidential candidates. A new study from the Pew Research Center found that four in 10 Americans who were eligible to vote did not do so in 2016. The researchers said, “nonvoters were more likely to be younger, less educated, less affluent, and nonwhite” and that, “Democrats and Democratic-leaning independents made up a 55 percent majority of nonvoters.” An increase in under-30 voters in crucial swing states could have made Hillary Clinton president. Nationally, almost 6 million under-30 people who were registered didn’t vote.

Ultimately, significant social change comes from the bottom up by grassroots progressive movements. But it matters who is in office. The 2018 and 2020 elections are particularly important. The slide toward an authoritarian kleptocracy is alarming. The decisive defeat of Trumpism and the Republican Party is a prerequisite not only for progressive social change but also the survival of democracy. That’s why the anti-Trump resistance ranges from moderate rightwingers to far leftists.

Since this is an off-year election and the Republicans control all levers of power in Washington D.C. as well as many state capitols, Democrats don’t drive the national agenda or policies. They end up reacting to the Republicans. No one speaks for all Democrats. For example, it shouldn’t be too surprising that a Democratic senator from Alabama sounds different from a Democratic senator from California.

However, progressives running as Democrats have been winning a lot of elections lately. It is surprising that a fair number of candidates publicly identifying as Democratic Socialists are among them.

Democrats now view socialism more favorably than capitalism, according to a recent Gallup poll. That’s the first time that’s happened since Gallup started asking the question a decade ago. But it would be myopic to think that the stigma against socialism has disappeared.

Nevertheless, the overwhelming majority of Americans don’t care too much about ideology. Political scientist Philip Converse has said that only, “about 17 percent of the public could both assign the terms ‘liberal’ and ‘conservative’ correctly to the parties and say something sensible about what the terms meant.” Political scientists Donald Kinder and Nathan Kalmoe have reported that, “ideological differences have little influence over opinion on immigration, affirmative action, capital punishment, gun control, Social Security, health insurance, the deficit, foreign aid, tax reform, and the war on terrorism.”

Since most people don’t pay too much attention to politics, ideological identities can change quickly. That’s frustrating for those of us who are political obsessives, whether we are liberals, conservatives, moderates or socialists. Ethan Young, a longtime activist for progressive causes, says his socialist worldview is invigorating but that there is a difference between ideology and politics:

“Ideology is fun. It gives you new perspectives. It makes you feel like there’s a way out, even if it’s really just a slight shift in the lighting. Politics, on the other hand, is depressing. It involves talking to people who might hate you, or it might require thinking on your feet, empathy, patience, courage, and seeing things from the perspective of your enemies. If you fail it not only affects you, it affects everybody you care about. And you can pay dearly. If you succeed, you might end up becoming what you started out trying to fight.

“But,” he adds, “politics is the way to change power relations, and that requires strategy that sets out where the power is, and what alignment of forces can counteract the foundations and trajectory of the regime of the moment.”

Politics is tough but it can also give meaning to your life. That is the message of Paul Loeb in his book Soul of A Citizen: Living With Conviction In Challenging Times. He tells stories of “ordinary” Americans who fought off the pervasive feelings of cynicism and powerlessness in our society and changed things with their activism.

For many years, Loeb has been challenging the attitude of “my vote doesn’t matter” among young people with his “Campus Vote Project.” He points out “the incredibly small margins by which critical elections can be won.”

He says: “There’s a temptation to view voting as a vehicle for self-expression, and at times it may be. But it’s more useful to frame it as a concrete choice between two or more individuals whose decisions could have a profound impact on our lives and communities, and sometimes on lives and communities across the globe. If we help elect candidates who resonate more with our beliefs, they still won’t take every stand we’d like, and at some points they’ll disappoint us. But it’s reasonable to expect that they’ll come a lot closer than those who’ve made clear their very different priorities from the start. And we also can play a role in how far they push their beliefs — which is how electoral and non-electoral engagement complement each other.”

This November, we have a chance to have a real impact. Vote.