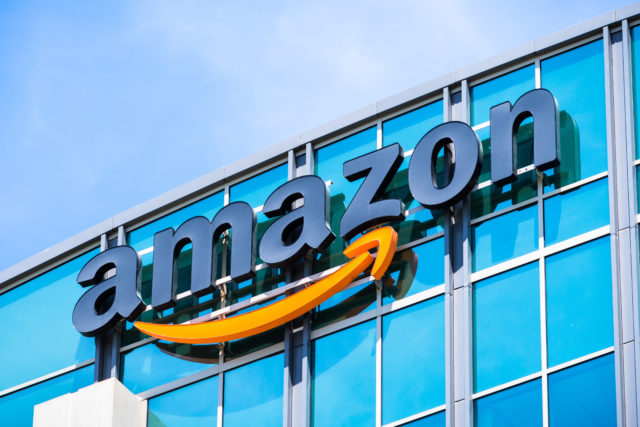 This April Fools’ Day, David beat Goliath. It wasn’t a joke. Workers at Amazon’s huge warehouse on Staten Island voted to form a union by a wide margin. Amazon is this nation’s second largest employer, and PBS Frontline said it’s “one of the most influential economic and cultural forces in the world.” The New York Times reported, “No union victory is bigger than the first win in the United States at Amazon, which many union leaders regard as an existential threat to labor standards across the economy because it touches so many industries and frequently dominates them.”

Last November, a group of more than 200 public health experts sent a letter to Amazon calling on the company to improve its working conditions.

An investigation by the group found that Amazon workers had: “Nearly double the national average rate of warehouse workplace injury;” “Chronic stress from the workload and work quota system;” “Risk of contracting chronic and infectious disease due to lack of restroom access and inadequate COVID-19 protections.”

There are many discontented Amazon workers across the country. Turnover is 150% which means that a typical worker stays for less than a year. Nevertheless, many have decided to stick around, organize and fight back. At Amazon’s Bessemer, Alabama facility, a union drive led by the Retail, Wholesale and Department Store Union (RWDSU) was crushed by a two-to-one margin in an election in April 2021. In November, the National Labor Relations Board (NLRB) ordered a second election this March after it determined that Amazon’s intense intimidation tactics were illegal “flagrant unfair labor practices.”

The union lost again but by a small margin. There are enough contested ballots that the outcome might be reversed.

According to the U.S. Bureau of Labor Statistics, union members in Colorado accounted for 6.5% of wage and salary workers. Since 1989, when state data became available, union membership rates in Colorado have been below the U.S. average every year except 2018.

Nevertheless, Geof Cahoon, president of Boulder Area Labor Council (BALC), has reason to be optimistic. BALC is the AFL-CIO (American Federation of Labor and Congress of Industrial Organizing) alliance of unions in Boulder, Broomfield, Clear Creek, Summit, Lake and Gilpin counties. He says, “I have been involved with the labor council for almost a dozen years now. I don’t recall as many simultaneous labor actions going on as is happening today” in BALC’s six counties.

Cahoon notes that when the King Soopers workers went on strike recently, many people refused to cross the picket line—so much so that other grocery stores were running out of food.

Unite Here! (the hotel and restaurant workers union) recently organized the 90 bakery and kitchen workers at Boulder’s Google complex. He says 75 of them signed up to join the union in three days. They instantly got a $3 raise.

In 2020, more than 30,000 state government workers got collective bargaining rights. They are represented by Colorado WINS (Workers for Innovative and New Solutions). Last November, these historically underpaid workers signed a contract with across-the-board raises, a minimum wage hike and more paid time off.

Boulder County government employees have an “organizing committee,” Cahoon says. They plan to affiliate with a national union after they are organized.  In the meantime, the AFL-CIO is providing a data base, legal counsel and training.

The nurses at Longmont United Hospital won their election to establish a union recently. It took the local National Nurses United union eight months and a change in administration of the hospital. “It was a very close vote, “ he says. “Six ballots were challenged. The battle was fought locally, regionally, nationally.”

Nothing comes easy for the labor movement. But something big is happening. Victories at Starbucks, John Deere, Nabisco, Kellogg’s. According to Gallup, public support for  unions is its highest since 1965.

The AFL-CIO commissioned the progressive pollster Data for Progress to conduct an online survey of 1,300 voters asking them if they “approve or disapprove of employees going on strike in support of better wages, benefits, and working conditions.”

Not surprisingly, 87% of Democrats approved of the walkouts. But 72% of independents and 60% of  Republicans were also supportive.