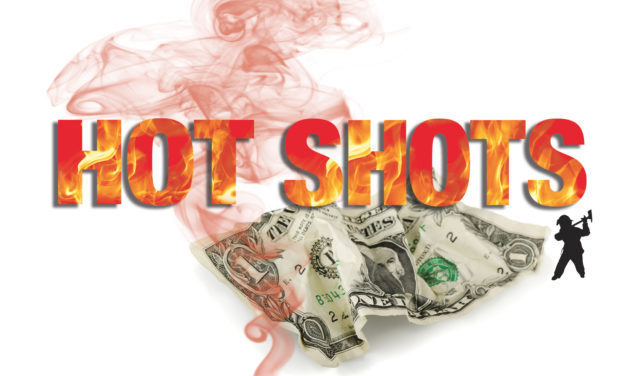 At its most basic, the mission of a federal wildland firefighter is to manage wildfire’s essential role in the ecosystem while protecting lives and property from destruction. That’s what Collin Hagan was doing as the Big Swamp Fire burned near the Willamette National Forest in southwest Oregon last month. The 27-year-old was killed by a falling tree while battling the 120-acre blaze.

Assigned to a traveling “hotshot crew” based in Craig, Colorado, Hagan was dispatched from his home base to help local units more than a thousand miles away when the Pacific Northwest wildfire kicked into overdrive. Like too many others who take on the dangerous job—nearly 500 wildland firefighters died in the line of duty between 1990 and 2016—when Hagan answered the call to serve on the frontlines of the inferno, he didn’t know it would be his last.

“I haven’t actually hauled anybody off the hill, but I’ve been involved in processions and memorials,” Kelly Martin, former chief of fire and aviation at Yosemite National Park and president of the nonprofit Grassroots Wildland Firefighters, says. “It’s nothing short of gut wrenching to think this is actually a part of our job.”

Hagan’s tragic story resonates in communities like Boulder, with the historically destructive Marshall Fire still fresh in the community’s memory, along with other cities and towns on the bleeding edge of the climate crisis. As warmer, drier conditions lead to longer fire seasons and bigger blazes in our idyllic slice of the growing wildland-urban interface, the misunderstood job of a federal firefighter is poised to become even more essential—and dangerous—in the years ahead.

“Colorado’s forests were once too moist to be able to support really big fires,” Michael Kodas, a Boulder-based senior editor at Inside Climate News and author of Megafire: The Race to Extinguish a Deadly Epidemic of Flame, says. “Back then, a 30,000-acre fire was a huge event. That’s barely a blip on the radar now.”

But for federal workers like Hagan who dedicate their lives to battling the nation’s worsening wildland blazes, compensation hasn’t kept pace with their state, municipal or private counterparts. Last year, the federal government increased base pay for wildland firefighters to $15 per hour, along with temporary retroactive payments totaling the lesser of $20,000 or 50% of their annual base salary, as part of the 2021 Bipartisan Infrastructure Bill.

Spearheaded by Rep. Joe Neguse, last month’s passage of the Wildfire Response and Drought Resiliency Act (H.R. 5118) in the U.S. House of Representatives attempts to further address this disparity. In addition to climate resiliency measures and mental health leave and hazard pay for federal firefighters, the bill would lift starting wages to approximately $20 per hour—a slightly higher rate than a McDonald’s employee could expect to earn in Boulder.

“It’s one of the most intense federal jobs when it comes to danger and difficulty. The demanding physical part is the terrain, smoke and toxins these young people are exposed to, pretty much 24/7, while they’re on these sites,” Martin says. “The fact that our job is compensated equally to service and retail workers is so imbalanced.”

Without casting aspersions on those workers in less-dangerous but underpaid sectors of the economy, Martin emphasizes the unique skills and deadly challenges faced by the more than 10,000 men and women of the U.S. Forest Service who fight wildfires in all 50 states and internationally. These include advanced-skill units like “smoke jumpers” who descend by parachute into burn areas and helitack crews who respond via helicopter, but the lion’s share of the work is done by hand, engine and hotshot crews.

“This job has changed—and it’s extremely demanding,” Martin says. What was once a solid summer gig for college students has since become a near year-round gauntlet of physical, mental and emotional exhaustion, thanks in part to a changing climate. “These firefighters are immersed in an emergency situation for sometimes up to nine months out of the year.”

For a sense of how the climate emergency is changing the face of an already dangerous job, look to the snowpack. The white peaks of local formations like Bear Mountain, towering over the site of last spring’s 190-acre NCAR Fire, tell a story that worries local wildfire experts and signals even tougher work ahead for wildland firefighters.

“What you’re seeing in that snow cap is a little trickle reservoir that is keeping the forest below it moist and less likely to burn. And so if your snow melts off earlier in the year and arrives later in the year, then that forest is available to burn for a much longer portion of the year,” Michael Kodas says. “We see that very strongly throughout the Rockies, but particularly here in Colorado.”

For wildland firefighters, that means containing larger blazes for longer stretches of time. Martin, who spent 35 years as a career wildland firefighter with the U.S. Forest Service and National Park Service, says this new reality is a far cry from the job she signed up for decades ago.

“When I stepped out as a newly minted firefighter, it was not physically overly taxing. I wasn’t immersed in firefighting day after day, week after week, month after month, year after year,” she says. “But now we have warmer, drier summers and massive droughts, like what we’re seeing with the Colorado River. Our house is on fire.”

On top of those increased demands spurred in part by climate change, the job also leaves many overworked employees chasing overtime to offset low wages and the compounding expenses of the job. When dispatched, for example, many wildland firefighters pay to live in close quarters with their fellow crew members.

“Not only are they paying rent or a mortgage at home, but they also have to pay rent at their remote deployment worksite,” Martin says. “So it’s compounding in a way that a lot of people really don’t understand.”

And when it comes to benefits, these federal employees face similar challenges. According to analysis from Grassroots Wildland Firefighters, “potentially millions of dollars in additional earnings” could be the difference between the pension of a handcrew captain employed by the Colorado Division of Fire and Prevention (CDFP) versus one working for the federal government.

“​​It was just a couple years ago that they forced through legislation to give health care to seasonal wildland firefighters,” Kodas says. “Which is kind of shocking when you consider the dangers of the job and the long-term health impacts that are increasingly associated with it.”

Considering those health risks, compounding expenses and the changing nature of the job, advocates like Martin say the modest entry-level pay raise legislated by H.R. 5118 is a crucial first step, but it’s still not enough to address ongoing staffing shortages.

“If you’re really looking at recruitment, retention and promotion of a highly trained and responsive national network of wildland firefighters, this doesn’t get us there,” she says.

But even this incremental improvement to working conditions for entry-level wildland firefighters faces a tough challenge on its way to becoming the law of the land. Whether these new benefits actually make it to the workers putting their lives on the line depends on a universe of factors within the unpredictable machinations of the federal government.

“Will they actually get it assigned to a committee? Will the Senate actually hear it? Will they vote on it? Then it needs to get passed to the President’s desk to be enacted,” Martin says. “That’s the uncertainty we’re dealing with right now.”