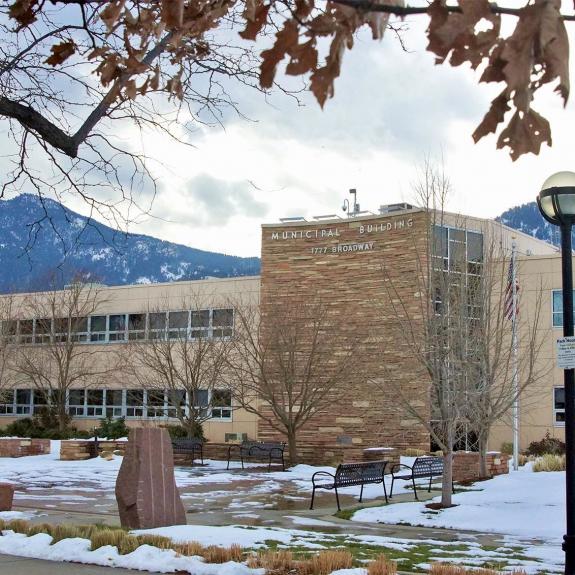 Editor’s note: Welcome to the first installment of City Beat, where reporter Shay Castle covers all things municipal. Don’t have six hours to spare on Tuesday nights to watch council meetings? City Beat has you covered. Check in every other week.

Boulder city council kicked things off with a crime update this Tuesday, March 2. (Actually, they heard from Boulder municipal judge Linda Cooke first, about a federally-funded program to keep the unhoused from paying fines or going to jail for “crimes” like smoking or sleeping. It’s going incredibly well, unlike the city’s other effort to police the homeless into self-deporting to another town.)

The bottom line from Police Chief Maris Herold is that crime is going up, though Boulder still has far lower rates of violent crime than the U.S. and Colorado.

Slide after slide showed varying degrees of change in things like car thefts (there were typically 10-20 per month in early 2017 and 30-40 per month in 2020 and 2021) to burglary, which was somewhere in the 20 per-month range pre-pandemic and increased to a solid 30-per-month average for businesses once COVID hit. Residential burglaries seemed to jump to double digits each month starting in 2019, from 0-10 before that. (Property crime is higher in Boulder than either the nation or state.)

Increases weren’t consistent; jagged graphs jumped all over the place, lacked comparisons to other places and didn’t track every crime—something critics on council were quick to note.

“The variability in those graphs are really large, and the trends we are seeing are much smaller,” Dr. Nicole Speer said. “I’m not questioning the data. But descriptive statistics don’t tell us what is a ‘statistically significant’ increase in crime and what is ‘naturally variable.’”

“All the slides we’re showing are crime rates that are going up,” Rachel Friend said. “I think we could be frightening people or inflaming if we’re only highlighting upward trends.”

The “majority of crimes” are increasing, Herold insisted. Only sexual assault and “some of the disorderly, quality-of-life crimes” remained stable. Bike thefts—which were presented—decreased after the bust of a bike shop burgling ring.

“Given the same data, I’m not sure I’d come up with the same trend lines,” council member Lauren Folkerts countered.

She requested that crime data be presented alongside information on how quickly cops are responding to calls, where they patrol and what they do with the majority of their time. Councilman Matt Benjamin asked that crime reports be accompanied with “societal factors” and numbers from other cities so that Boulder’s stats could be put in context.

In-person meetings could resume as soon as April 5 (if Boulder County commissioners agree to deliberate on a library district at the Penfield Tate II Municipal Building; a joint public hearing is scheduled for that date.)

Members of the public will have to wait an extra month to give the city time to work out any kinks. Options for online viewing and participation will continue, and study sessions will stay on Zoom for now.

IRL meetings are made possible by Boulder County’s low COVID transmission (as classified by the CDC). New cases dropped below 200 per 100,000 people in the past week, and fewer than 4.5% of tests were positive.

The city’s fancy new fire station cleared its final (public) regulatory hurdle, clearing the way for construction. Estimated cost: $18 million, on top of the $9 million Boulder paid for the land at 2751 and 2875 30th Street, for a total of $27 million. Original estimated cost: $12.5 million.

114 affordable apartments at 3300 Penrose Place, currently home to the Geological Society of America. An existing three-story building will be retrofitted into homes and four more buildings will be added to the site.

A TBD amount and type of affordable housing at 2691 30th Street, which for two years housed homeless services and emergency sheltering. For that privilege, the city paid the building’s previous owners $2.2 million, which will be credited toward the full, final $4.75 million purchase price.

See you next Tuesday

Council will receive an update on its progress toward eliminating serious car crashes, and make nominations for new board and commission members. There will be a public hearing for that one, so visit bouldercolorado.gov/services/participate-city-council-meetings if you want to speak.

Shay Castle is the founder and editor of Boulder Beat. Her work can be found at boulderbeat.news, and more comprehensive reports from city council meetings are on her Twitter @shayshinecastle