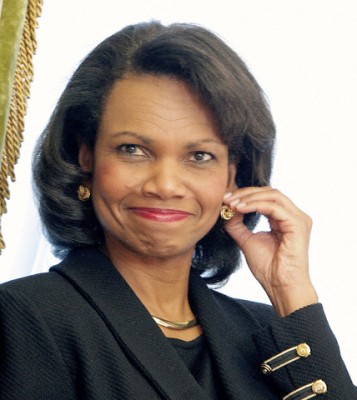 Mitt Romney says he’s nowhere close to picking a running mate, but
that’s not going to stop political reporters and pollsters from
speculating on who he should tap as his no. 2.

A new survey
from CNN/ORC International offers no clear consensus on who Republican
and conservative-leaning voters want to see fill out the ticket, but
among the names at the top of the list are former Secretary of State
Condoleeza Rice and Rick Santorum.

Rice, who played a high-profile role in the George W. Bush
administration as secretary and national security adviser, led the way
with 26 percent, followed by Santorum with 21 percent. Rice has
repeatedly shut down speculation about her interest in the job.
Santorum, meanwhile, has suggested he’d consider the position if offered
but has yet to even endorse his former GOP rival.