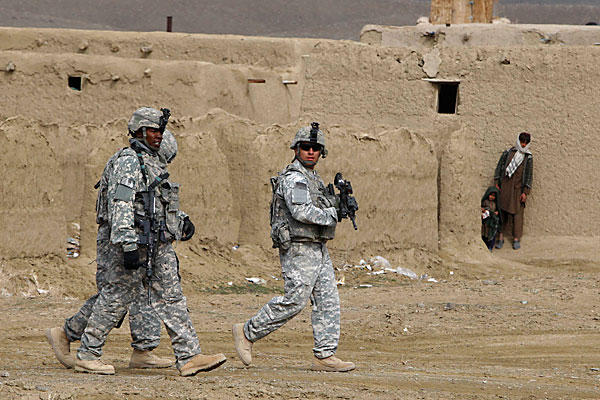 In what everyone describes as a big victory for both the United
States and Afghanistan, the two countries were finally able to agree on a
draft of a long-delayed partnership agreement that makes it clear the
United States won’t be abandoning Afghanistan after the withdrawal of
most NATO combat troops in 2014. Although details of the deal were not
released, it broadly outlines American support for Afghanistan until
2024, reports the New York Times, noting the agreement “is in many respects more symbolic than substantive.”

The agreement does not specify dollar figures, or even detail what
the role of U.S. troops will be. Still, the United States was eager to
reach a deal that would provide general guidelines for any of its forces
beyond 2014, while the Afghan government needed to demonstrate the
country won’t be abandoned, notes the Associated Press.
The fact that they could reach an agreement now is seen as particularly
significant because relations between the two countries have been
particularly tense in recent months due to a number of incidents
involving U.S. troops, points out Reuters.