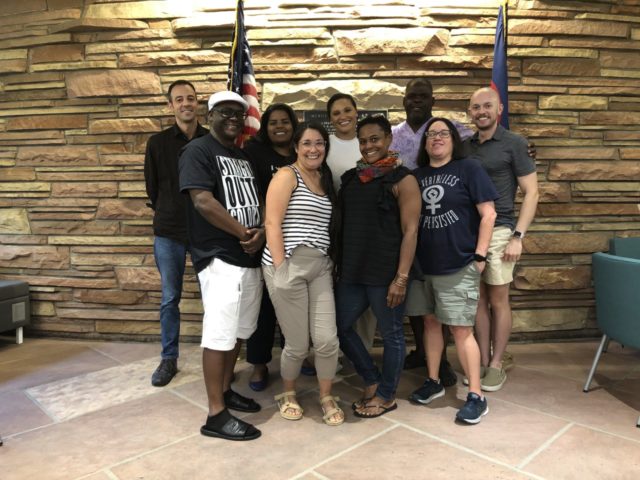 The City of Boulder’s Police Oversight Panel is turning to the nonprofit community for help in selecting new members.

The panel was created in 2020 to review complaint files and make disciplinary, policy and training recommendations for the Boulder Police Department (BPD). The group is led by volunteers who want to be engaged in police discussion and reform.

“I grew up in Boulder, and it is a place that I love deeply. But I also think it’s deeply flawed,” says Ariel Amaru, one of the panel’s co-chairs.

The nonprofits to join the selection committee will be picked on Sept. 8, and the review of new panel member applications is scheduled for Oct. 17-Nov. 11. Final selections for the panel will be made by Nov. 18.

Amaru says the panel is important because the community has lost trust in police officers, particularly in the wake of recent incidences involving Black residents. In 2019, BPD drew guns on Zayd Atkinson while he was picking up trash in front of his home. Sammie Lawrence was arrested while filming police confronting another resident that same year. BPD made settlements in both cases.

“I think a lot of the issues in the last few years has been feeling like [the police] aren’t actually here for the community and aren’t actually serving the people,” Amaru says.

The panel’s 2021 Annual Report included four policy and training recommendations for BPD based on analysis of the year’s investigations, patterns and trends, and BPD’s response to each recommendation.

One of the panel’s key goals is to represent diversity in the community and ensure that historically excluded voices are involved in police oversight.

The panel meets with Maris Herold, Boulder’s police chief, quarterly throughout the year.  These informal public meetings are a space for open dialogue and discussion, where people often disagree with Herold and vice versa. Amaru says that these meetings are constructive and people can talk about difficult topics.

“You have people who have a lot of historical societal wounds from policing, engaging directly with a police officer, and that’s pretty profound,” she says.

To indicate your organization’s interest in participating in the selection committee, contact PoliceOversightPanel@bouldercolorado.gov.