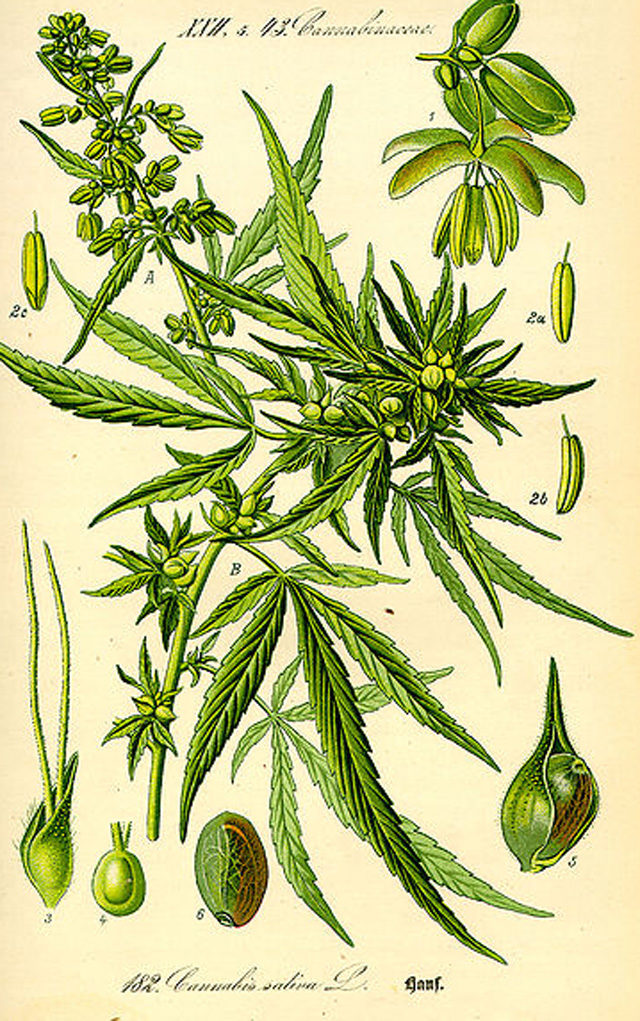 Unless you study it, most of everything you’ve heard about cannabis strains is probably a lie. The name of a strain itself tells you nothing about its effect, and the classification is just as worthless.

Today, most people buy cannabis according to two categories: indica and sativa. Originally, these terms were used to describe the physical characteristics of the plant because of its remarkable ability to adapt to a wide range of different environments. Short, bushy plants with wide leaves that thrived in cooler climates were referred to as indicas, while tall plants with thinner, more spread out leaves and flowers in warmer climates were called sativas. But scientifically (and legally), there is no difference between them and all cannabis plants are considered to be Cannabis sativa L., so how did the binary start?

Growing up on the East Coast, no one cared about indica or sativa. We were still smoking brick weed and calling it whatever made up name our dealer gave it. The weed we bought came in dime bags and was usually referred to as “mids,” but sometimes something extra special would come through town and we called it “kind bud.” But no one cared about genetics because the best stuff to smoke happened to be whatever you could actually get your hands on at the time.

The terms aren’t completely irrelevant. Indica and sativa have been the foundation of the cannabis lexicon since the mid-1700s. The term sativa was coined by Carl Linneaus to describe hemp plants found in Europe and western Eurasia, where it was cultivated for its fiber and seeds. Cannabis indica, named by Jean-Baptiste Lamarck, describes the psychoactive varieties discovered in India, where it was harvested for its seeds, fiber and hashish production.

The belief that they deliver such different and distinct effects is so deeply rooted in mainstream cannabis culture that dispensary menus still use these categories today. Indica strains are believed to be physically sedating, perfect for a relaxing, full-body high before bed. Sativas are supposed to provide the more invigorating, uplifting cerebral effects that pair well with physical activity and creative projects. But with the mass commercialization of cannabis, we’re limiting our view of its abilities by forcing each strain into an ambiguous category.

The clinical effects of the cannabis have nothing to do with what the plant looks like.

In other words, that indica isn’t sleepy because it has more CBD, and that sativa isn’t more energizing because it produced more THC.

What this means is not all sativas will energize you, and not all indicas will sedate you. You may notice a tendency for these so-called sativas to be uplifting or for these indicas to be relaxing, especially when we expect to feel one way or the other. Just note that there’s no hard-and-fast rule and no determinant chemical data that supports a perfect predictive pattern.

In fact, a “pure” sativa or indica strain is quite rare because these landrace strains were often cultivated to improve certain characteristics, like yield, strength and resistance.