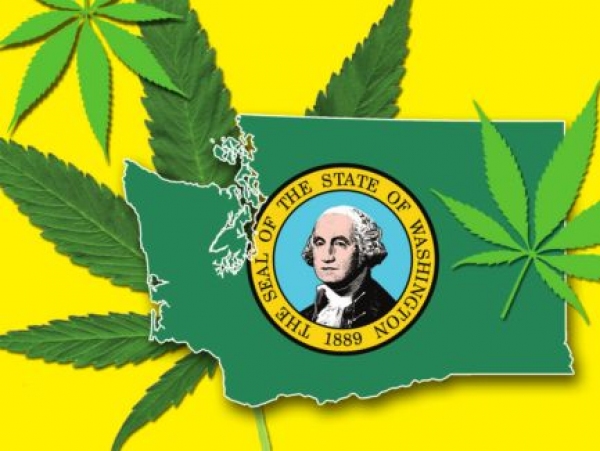 The state of Washington started selling recreational cannabis last week, producing many of the same headlines that dominated the first few weeks of January sales here in Colorado. There are certainly similarities in the way the two states have approached legalization, but each has staked out its own direction, and it will be interesting to see how each fares as times goes by.

Both states allow adults over 21 years of age to purchase and possess an ounce of cannabis for personal use subject to regulation, licensing and taxation. Washington doesn’t allow residential cultivation, while Colorado allows adults to grow up to six unlicensed plants, although medical patients can grow their own in both states. Washington, unlike Colorado, doesn’t allow adults to “gift” or transfer up to an ounce of cannabis to any other adult as long as no money changes hands.

Both have adopted the same DUI law standard, that anyone with a blood limit of five nanograms of THC shall be considered impaired. Although the Colorado version allows a defense that the person wasn’t impaired at that level.

Retail sales in Colorado are supervised by the Marijuana Enforcement Division of the Department of Revenue. Washington’s market is overseen by the Washington State Liquor Control Board.

Colorado began with a vertical integration market approach based around its medical marijuana rules, with the entire supply chain — production, processing and retail — operated by the same entity. That ended on June 30, the same day the state began accepting applications from new businesses beyond the original medical licenseholders who were allowed to apply beginning last year. Those applications will begin being processed within 90 days, and competition should become even more intense as those businesses open.

Perhaps the biggest difference is that Washington is trying to control the amount of cannabis that can be grown and produced each year, the rationale being that it will help keep extra product from being moved to other states or sold on the black market.

Colorado basically began its retail market by offering retail licenses to existing medical businesses, while, in essence, Washington started over. Currently, Washington’s production is capped at 80 tons of product, 40 tons for usable marijuana and 40 tons for other products like tinctures, edibles and oil. The state also limits the amount of space that can be used to grow recreational cannabis.

We should see soon if that number holds for Washington’s 6.9 million residents. A new study, “Market Size and Demand for Marijuana in Colorado,” conducted by the Marijuana Policy Group for the Marijuana Enforcement Division, suggests that those numbers might fall short of Washington users.

The study is a collaborative effort between the University of Colorado Boulder Business Research Division and BBC Research & Consulting in Denver. It relied on surveys, state demographics and estimated marijuana usage patterns in order to determine the estimated market size in Colorado, so the researchers admit up front that the true size of Colorado’s market may be smaller or larger than their estimates. But they mark the potential range for total adult marijuana demand, including visitors, at between 104.2 and 157.9 metric tons this year. That’s a pretty wide gap, but even at the low end is much higher than the Washington numbers.

The Marijuana Policy Group Report includes some other fascinating stats. It estimates there are about 485,000 regular adult users in Colorado, which represents 13 percent of the 2014 adult population in Colorado. Another 201,000 adults (3.8 percent of the state population) reported using marijuana within the past year. And though this report only considers adults, it notes that another 184,000 residents under 21 reported past-year use, of which 59,000 reported past-month use.

The tourist market is strong, accounting for about 20 percent of the total sales. However, most of those tourist sales are taking place in two areas. Outof-state visitors currently represent about 44 percent of Denver metro-area retail sales and, not surprisingly, about 90 percent of retail sales in mountain communities reporting, which includes Summit, San Miguel, Clear Creek and Gilpin counties. Maybe those numbers will begin to attract the tourist industry’s attention.

Faster than the speed of fat

A black and white difference