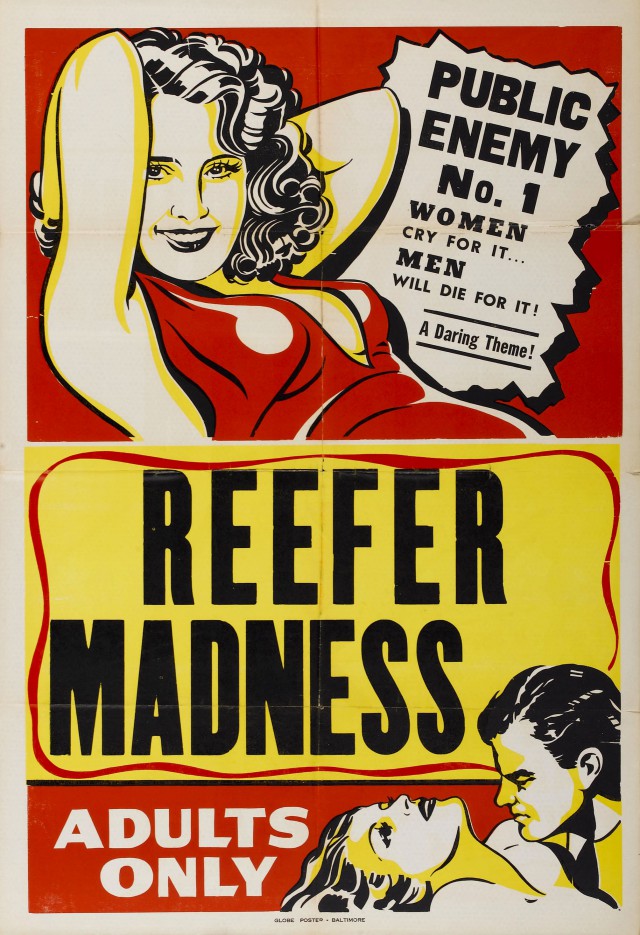 The latest issue of the journal Molecular Psychiatry provides physiological evidence as to why cannabis might mitigate certain symptoms of post-traumatic stress disorder.

And the same week, Gil Kerlikowske, the White House director of national drug-control policy, gave a speech at the Urban Institute based around the 2012 Annual Report on the Arrestee Drug Abuse Monitoring Program II, a study by his office that showed a “troubling” link between marijuana use and crime.

Basically, the White House “study” found that one-fourth of criminals in the study had marijuana in their systems. Kerlikowske infers that the marijuana had a causal effect on the crimes. He made clear in the speech that if it’s up to him, federal policies against marijuana will continue, with legalization not an option.

This is so absurd. Marijuana is the most-used illegal drug in the United States. A large majority of Americans have admitted to using it at least once, and 17 million American admit to smoking it regularly, so why is it surprising (or of any value to the argument) that it’s found in the blood systems of some criminals?

I don’t have space here to get into any more specifics (more here), but the study, which also asked about alcohol use, leaves out any mention of it in the report and doesn’t differentiate whether the study’s suspects were stopped for a traffic violation or a major crime, which is kind of important.

So here we have reputable scientists doing cannabis research and finding more and more suggestions of its healing properties. Post-traumatic stress disorder (PTSD) is one of the most serious problems facing veterans returning from combat in Afghanistan or Iraq, and powerful mood-altering drugs like Lorazepam are commonly prescribed, often to the detriment of the patient. Doctors are finding that marijuana can relieve some of the debilitating aspects without the dangerous, sometimes deadly side effects of the prescription drugs now being used. And the White House drug czar doesn’t really care?

Kerlikowske has no intellectual curiosity about the legitimate studies being done on medical marijuana for pain relief, glaucoma, spasticity in multiple sclerosis, Alzheimer’s disease, breast cancer, HIV, brain cancer, opioid dependence or ALS? He isn’t interested in why almost half the states in the union already have medical marijuana laws and are doing research, with more joining the ranks each year? Instead, he goes to the scare tactic, using the 1930s image of a connection between marijuana and crime. Did he watch Reefer Madness one too many times? Has becoming drug czar, which, incidentally, means “absolute ruler with great power,” eliminated any common sense he might have once possessed?

Actually, Kerlikowske’s ignorance and complete lack of curiosity shouldn’t be that surprising. Let’s not forget Richard Nixon buried a marijuana study he commissioned himself because it didn’t reach the conclusion he wanted, which is the reason pot is a Schedule I drug, a designation Kerlikowske seems intent upon keeping.

Or how about the case of the government and Dr. Donald Tashkin, a published pulmonologist who conducted research for the National Institute on Drug Abuse on the effects of illegal drugs on the body? If you don’t know his name, you might remember his 1990 study, which found that marijuana smoke contained more carcinogens than tobacco, which led to the government’s warning that one joint does as much damage as four cigarettes. (And quite an admission by the government in itself about cigarettes, a legal product.)

After that study, the National Institute on Drug Abuse, having learned that carcinogens in smoke are what causes lung cancer, gave Tashkin a big grant to prove the same for marijuana and slam the door on marijuana forever. Tashkin studied 2,252 subjects (611 with lung cancer and 601 with other cancers of the head and neck, along with 1,040 people without cancer) and found no links of any kind between marijuana smoking and lung cancer.

The government, of course, was aghast at this notion. But Tashkin’s research suggested even more: Marijuana smoke might actually inhibit cancer cells rather than create them. Many more studies, including one presented this month at the annual meeting of the American Association of Cancer Research by scientists at the University of California-Los Angeles, indicate that regular consumption of marijuana is not associated with an elevated risk of lung cancer and, further, suggest that cannabinoids can halt the spread of brain cancer, prostate cancer, breast cancer, lung cancer, skin cancer, pancreatic cancer and lymphoma. Is this proof that marijuana inhibits cancer cells or helps those suffering with PTSD? No. Is it worth studying more? Could anybody really say no?

Well, yes. The White House drug czar doesn’t sound interested in any of that. He’s still fighting the War on Drugs in a way that would make Dick Nixon proud.

What do you want to know about legal marijuana in Colorado? Send tips, suggestions and criticisms to weed@boulderweekly.com.