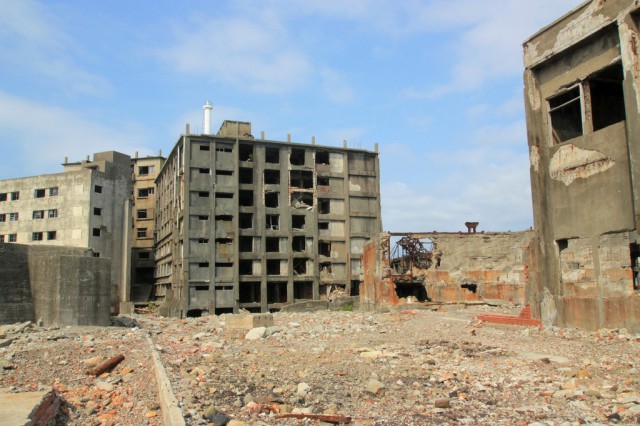 Off the southeastern coast of Japan, an island formerly used for mining sits abandoned, its last residents having left in 1974.

But this is no tiny ghost town. Hashima Island, also called Gunkanjima, was once the most densely populated place on the planet. And its abandoned buildings aren’t huts or mess halls, they’re nine-story apartment blocks.

The island, just the size of 12 football fields, was visited recently by photographers for Slate’s new travel blog, Atlas Obscura.

See the story and photos at Slate.