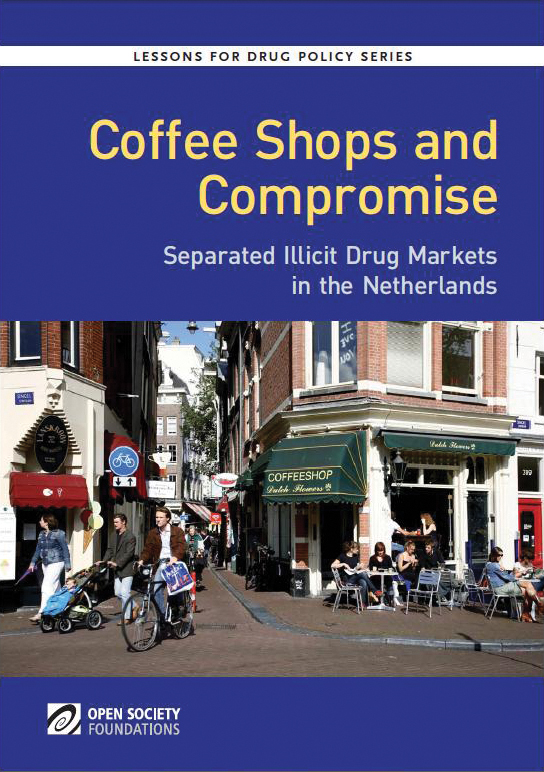 How many times have you heard the argument that cannabis should remain illegal because it is a “gateway” drug, described as one that increases the risk that a user might try other, harder drugs?

The two arguments behind this theory are that a) there are pharmacological qualities in cannabis that actually lead users to try other drugs and/or b) that cannabis use puts users in places and situations where they are exposed to harder drugs.

About the first one, the science has been decidedly mixed, with the Drug Enforcement Agency and federal government always quoting studies that promote its “gateway” properties and ignoring others that suggest otherwise.

A Pew poll earlier this year found that 38 percent of Americans now believe cannabis is a gateway drug. That’s down from 60 percent in a 1977 Gallup poll, and a number that should continue dropping as support for legalization rises.

I’ve read several research papers on both sides, and I’m most apt to go with a Rand study published in 2002 that concludes that people who are predisposed to use drugs and have the opportunity to do so are more likely than others to use both marijuana and harder drugs, and that marijuana typically comes first because it is more available. Since I haven’t found a study that proves a causal relationship, and I know a lot of people who use cannabis but not other Schedule I drugs, this is the only one that makes any sense to me.

Now comes a Dutch report published this week by the Open Society Global Drug Policy Program that looks at that country’s drug policies over the last few decades. We all know the Netherlands. The country that is soft on drugs, with “coffee shops” that serve marijuana over the counter. The place where cannabis tourists flock from all around the world.

“It may seem paradoxical that a nation famous for its so-called ‘permissive’ approach has had more positive outcomes in controlling the harms of drug use than many other countries that have enacted much stricter policies,” writes Kasia Malinowska-Sempruch, one of the authors of Coffee Shops and Compromise: Separated Illicit Drug Markets in the Netherlands. “Governments are looking to reform their drug policies in order to maximize resources and promote health and security, while protecting people from damaging and unwarranted arrests. As other countries and local jurisdictions consider reforming their laws, it’s possible that the Netherlands’ past offers a guide for the future.”

The most important change in Dutch policy came in 1976. In a revision to the Opium Act, Holland categorized illegal drugs into two categories: “hard drugs” with “unacceptable” risk, and cannabis and soft drugs with “acceptable” risk to the health of the user, effectively decriminalizing the use of marijuana.

Another interesting distinction is that tax revenue was never the point. The money generated by cannabis sales went into public health, human rights, drug programs and needle exchanges (Europe was fighting a heroin epidemic in the 1970s). By not arresting people for cannabis possession and selling it in retail outlets, cannabis buyers would be less likely to buy it on the black market, where they might be exposed to other drugs their dealers sold.

This, of course, was almost exactly the opposite of U.S. government policy. Although it does offer drug programs, after cannabis was outlawed in 1970, the U.S. began arresting users in almost ridiculous numbers, a policy that continues today, with hundreds of thousands of Americans in prison for simple possession.

Since the Dutch policies, while not perfect, seem to be working, it begs the question of why the U.S. continues to emphasize the “punitive” when it comes to illegal drugs. The U.S. has invested huge resources to punish cannabis users under the principle that stricter laws better deter users. The figures indicate otherwise. Arrest rates for cannabis dropped dramatically in Holland. In Germany, 237 people per 100,000 citizens are arrested for possession. In the U.S., the rate is the highest — 269 per 100,000 citizens. In the Netherlands, the number is 19 per 100,000.

The Dutch model has not been without its downsides. Successive administrations have tried to re-institute a more American-style punitive model and fought legalization. While the country’s 700 coffee shops provide a safe place to purchase cannabis, many are still being supplied by the black market. To counter that, the Dutch are considering moving toward a “seed to stem” model, in which the government would grow, market and sell cannabis. “If Dutch drug policy offers one lesson to foreign policymakers,” the authors write, “it is that change should be comprehensive, regulating sale to consumers, wholesale supply and cultivation.”

I’m not sure that that’s going to fly here, since the state’s seed-to-stem efforts, at least so far, have been ineffective in regulating medical marijuana product, but it’s something to think about, especially since Colorado, which has a particularly sophisticated underground market, is considering high — many are saying prohibitive — taxes on both state and city levels.

So while Boulder city council members are pondering how much revenue they can squeeze out of over-the-counter cannabis, I suggest they study Holland’s past before licking their lips in anticipation of a major new revenue source.

What do you want to know about legal marijuana in Colorado? Send tips, suggestions or criticisms to weed@boulderweekly.com.