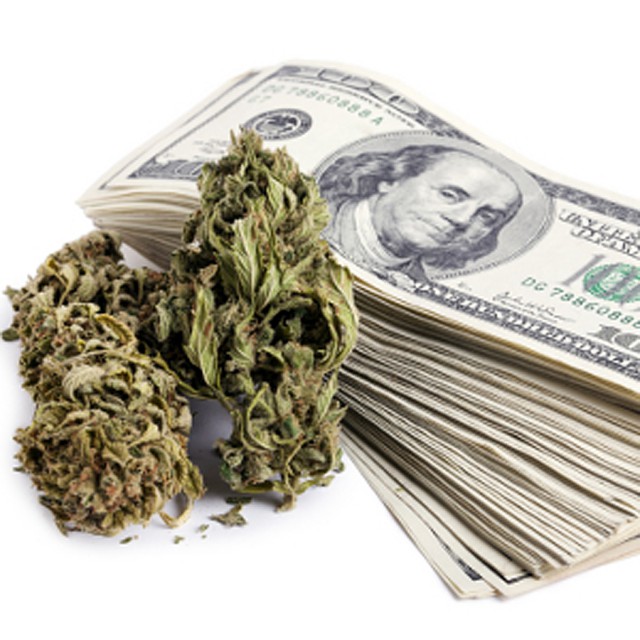 I support taxes on sales of marijuana, but I’m scratching my head a little over the latest proposal before the Boulder City Council to place a 15 percent city excise tax on grow and infusion facilities and a 10 percent city sales tax on marijuana on the November ballot.

That’s in addition to the state, which is already asking voters to approve a 15 percent excise and 10 percent sales tax on that ballot. There is already a 2.9 percent state sales tax and 3.41 percent city sales tax. It’s simplistic to just add those up — there are variances in how the excise tax would be levied, among other things — but consumers might be paying somewhere between 20 percent and 30 percent sales tax if they buy pot in Boulder, and they should expect to have the excise tax passed on to them, too.

I’m all for making marijuana pay its own way — for education, treatment, rules, regulations and enforcement. It looks like the only cities seriously considering retail weed stores, at least in time to open in January 2014, are Colorado Springs, Denver, Fort Collins and Boulder. If the city opens retail stores, it will already share in the 15 percent of state marijuana tax revenue that Amendment 64 divvies up among cities and counties that participate.

One of the reasons I voted for 64 was to break down the illegal market and bring marijuana sales into the mainstream economy. Here’s this enormous underground market that, despite decades of expensive efforts by federal and state governments to stop, serves anyone who really wants it in Colorado. Which is why I’m concerned about the potential that a high sales tax will help keep the black market for marijuana open for business.

Actually, what once was called the “black market” has morphed, especially in the four Front Range cities considering retail, into an established underground market. Buying pot for most people in Boulder doesn’t mean driving to the seedy part of town and flagging down a scary, back-alley dealer with a piece in his belt. You go over to a friend’s house, have a beer, argue about municipalization and pick up a bag.

It’s discreet, it’s easy, it’s pretty safe, and there’s no tax involved and no photo taken at the time of transaction. And the price is generally much less today than what patients are paying dispensaries for basically the same product. I don’t see consumers driving to Denver or Fort Collins to save a few bucks, but if the price is considerably more than the underground market, what will be the incentive to go to stores? (That’s not counting the overflow that could happen between users allowed to grow six plants each, which could affect city revenues, too.)

Denver is looking at sales taxes on pot, too. Last week the Amendment 64 Committee of the Denver City Council proposed a 2.5 percent tax on retail marijuana with a proviso that would allow council to raise it to 10 percent at its discretion. The tax would be dedicated to licensing and regulation, enforcement of marijuana laws, education and public-health programs and restricting its use among underage users. The current Boulder proposal will allow 50 percent of tax revenues to go to education and the rest to go into the General Fund.

The idea of biking down to your local retail marijuana outlet is enticing to anyone who now buys marijuana illegally. But if taxes add significantly to the price, it could keep many away, with the result that the city won’t be getting the revenue it’s anticipating. Though popular culture continues to portray them as Cheech-and-Chong stoners, pot smokers aren’t stupid — many have been buying an illegal product for years — and council might consider whether it might price itself out of the market while not denting the underground.

There has been a lot of boasting about weed becoming a tax cash cow. Certainly, it will have an effect on state and city revenues. Before the election, the Colorado Center on Law and Policy predicted that in the years up to 2017, the state would receive more than $32 million in new revenue, more than $14 million in new revenue for local governments, and would see savings of more than $12 million in state and local law enforcement spending. The Health Sciences Group in May predicted that the 15 percent state excise tax will yield an estimated $21.7 million in revenues, and a 15 percent sales tax (the ballot issue sets it at 10 percent) will yield $90.9 million in 2014. That’s a lot of cash, but its existence depends on the veracity of the prediction.

I think we might all be pleasantly surprised at the amount of revenue retail marijuana will generate, but let’s make sure we keep it competitive enough to put the underground market out of business.

Council takes the issue up again on July 16.

What do you want to know about legal marijuana in Colorado? Send tips, suggestions or criticisms to weed@boulderweekly.com.