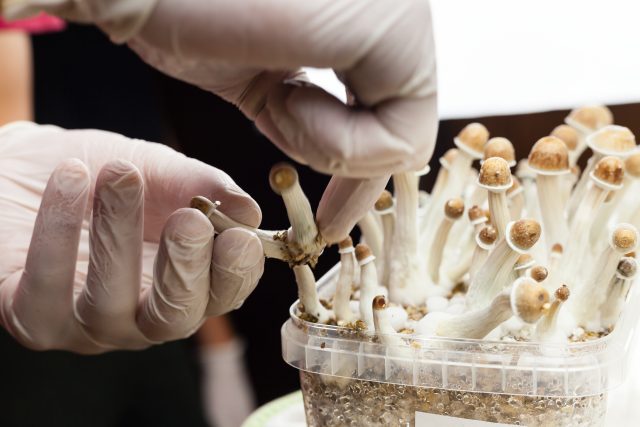 In November 2022, Colorado took a progressive leap forward when the state passed Proposition 122 to legalize the use of natural psychedelic medicines. Now, Gov. Jared Polis is preparing to appoint a psychedelic advisory panel that will help the Department of Regulatory Agencies (DORA) to create and implement the program.

“We are excited to work with all relevant stakeholders and the state government to implement Prop 122 in a safe, responsible and equitable manner that provides access to this much needed tool to address our state’s mental health crisis,” Josh Kappel, an attorney who helped draft the language for Proposition 122, told Colorado Newsline.

That’s just to name a few. Now, Colorado has become the second state behind Oregon to fully legalize (not just decriminalize) the therapeutic use of psilocybin. But what exactly does that mean? And how is it going to work?

First and foremost, the measure makes it legal for adults over the age of 21 to grow, possess, share and use mushrooms containing psilocybin and psilocin. It also decriminalizes three other natural psychedelic medicines: mescaline (the active ingredient in peyote), ibogaine (from the root of the iboga tree), and dimethyltryptamine (aka DMT, the active ingredient in ayahuasca). There is no possession limit for any of these substances.

But don’t expect to start seeing mushroom dispensaries popping up as cannabis dispensaries did following Colorado’s recreational legalization of weed. It will still be illegal to sell these psychedelic substances outside of certified therapeutic facilities where these drugs will be administered in a controlled setting, under supervision.

Because this is not recreational legalization, but medicinal. Proposition 122 was focused on the therapeutic uses of these substances from the get-go. It’s meant to benefit people suffering from severe depression and PTSD — which is something Colorado badly needs. Currently, our state has the seventh highest suicide rate in the nation according to the CDC, and it’s estimated between 3-4% of the state’s population suffers from PTSD.

Prop 122 sets a timeline for psilocybin therapy facilities (“healing centers”) to be operational by 2024. It also leaves the door open to expand mescaline, ibogaine and DMT therapy to those facilities by June 2026.

Importantly, Prop 122 also makes record expungement a possibility for convicted individuals. Any Coloradan who has completed a sentence for an offense that would have been made legal under this act, can petition the court for record sealing. If the district attorney approves the petition, the court will automatically clear that person’s record.

The framework for all of this is undoubtedly going to take time to design. Cannabis was legalized in 2012 and the first legal dispensaries didn’t open up until 2014. Similarly, psilocybin therapy centers won’t be opening up around Colorado until 2024.

To help build that framework in the most effective and efficient way possible, Gov. Polis will soon be appointing a psychedelic advisory panel. The panel will comprise 15 members: at least seven of them will have experience in natural medicine therapy and/or research, harm reduction and healthcare insurance and policy. The other eight members will have expertise in the religious and traditional uses of entheogenic plants and fungi, criminal justice reform specific to Colorado, disparities in access to healthcare, and issues that impact veterans in this state.

Initially, the seven members will hold two- year appointments while the other eight will serve a four-year term on the panel — after that, all seats will be four-year term positions. All appointments to the board need to be made by January 31, 2023.

The combined expertise of the psychedelic advisory board will help inform the policy DORA builds around this new state industry. And, hopefully, it will clear a path for other states looking to legalize therapeutic use of these natural medicines, following the tip of the psychedelic spear, just as so many states have done in the years following Colorado’s legalization of cannabis.

“We hope to be able to work with everyone — the government stakeholders, even those who opposed us,” Kappel said in the interview with Colorado Newsline. “To help create a program that is both safe, but also provides the mental health treatment and options that Coloradans are expecting after passing Prop 122.”