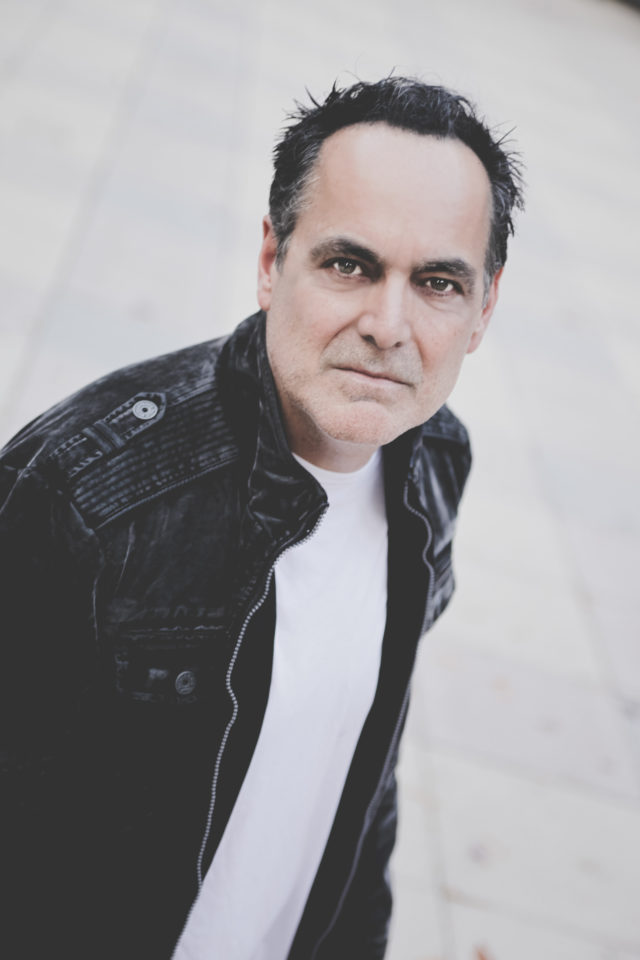 “I need to come out of the clouds every now and then,” Neal Morse says, apologizing for being immersed in writing, and calling into our scheduled interview a little late. Makes you feel kind of small to be reminded that you’re sometimes intruding on the creative process of guys with better things to do than some silly phone interview, but it’s all good. Morse is a warm and talkative guy.

The California-based prog icon returns to Denver on March 17, bandless this time, in support of his latest solo offering, Life and Times. For much of the last two decades, Morse has moved between solo and full band projects; his last band-backed outing, The Similitude of a Dream, was a rapturously ambitious and, among his prog fans, breathlessly lauded 100-minute opus based loosely around the 17th-century novel Pilgrim’s Progress. The album won a slew of prog awards, and many consider it his best work.

After an exercise like this, Life and Times feels a little like a great exhale, a kind of “taking stock” interlude.

Morse says it felt good to get the record out.

“And to still like it after you put it out,” he enthuses. “I actually find myself wanting to listen to it.”

And that’s a bit of an accomplishment for Morse, who admits to being a bit of a second guesser, a common peril in the recording process. You write a piece, arrange it, work it up with your collaborator, lay down tracks, assemble, edit, mix… the thing comes out and, sheesh, should have changed that bridge, did that fill a little differently and what were you thinking with that lyric.

“I remember when I was making the Testimony album [in 2003]. The album was mixed, it was done, and I thought of a lyric that was better,” Morse says. “And everything was torn down, all the gear was torn down. I plugged the microphone directly into the computer system and re-sang the lyric directly into the mix, on a different microphone. I thought, ugh, close enough… but I had to get the lyric right.”

This may be a more common affliction for prog artists, since they have a creative predisposition to making music with a lot of parts. Morse is in rare company of the top of the prog massif, and his records are as good as the genre gets these days.

But Life and Times is a different vibe, a series of low-impact reflections on time and place, thoughtful without being self-indulgent, light without being trivial. It’s not necessarily an accident or strategic career move — Morse says that easy listening, for lack of a better term, is one of his aesthetic nutrients.

“I’ve always loved Simon and Garfunkel’s Sounds of Silence as much as [Yes’s] Close to the Edge, so for me, it’s a real natural thing.”

Prime-years Yes or Crimson is demanding music. You have to dedicate the larger portion of an undistracted consciousness. The music settles for nothing less.

“It’s like classical music. You go to listen to it. You don’t dance to it, you don’t talk over it — you listen to it,” he says. “A lot of people aren’t music listeners. They’re more music experiencers, they want something nice to put on more in the background. I recently got a really nice vintage stereo, for the first time in years, a Marantz receiver, and I’m putting on old records and trying to re-discover the joy of just listening to music. And I find that when people are over, it’s a little bit alien to them. They want to talk, and there’s nothing wrong with talking, but then you gotta turn the music down.”

Morse is a founding member of the American prog collective Spock’s Beard, a band he formed with his brother in 1992 after years of fruitless demo-hustling and unanswered record company pleadings. Those were brutal days in the already-contracting and ever-carnivorous music scene in L.A., and Spock’s Beard was as much a musical Hail Mary as anything else.

But The Light, the band’s first album, actually did surprisingly well, following cairns piled up by Yes and Gentle Giant, and the band started gathering traction. Ten years and six albums into the trip, in 2002, Morse himself walked away from the band, deferring his career to his Christian faith and dedicating his artistic efforts to worship. No one wrote out the rules saying that there was Christian music and Everything Else, but the individual choice is what it is. There is a vibrant Christian music scene, of course, even a prog one, but no one can deny that it’s a niche of the great house, and commercially, you pay a penalty to choose worship.

Morse had toiled years to get a place at the table, finally got one and then, for all practical purposes, walked away from it.

“It was my Garden of Gethsemane,” Morse says. “It was a huge challenge after waiting so long for it and finally getting to a place, miracle of miracles — the music business is really hard for anybody who doesn’t have tremendous good fortune at an early age, which I didn’t — to actually make a living and support your family playing your own music at age 41. But by that time, I’d been walking with the Lord long enough that I wanted whatever He had, above whatever else the world had to offer.”