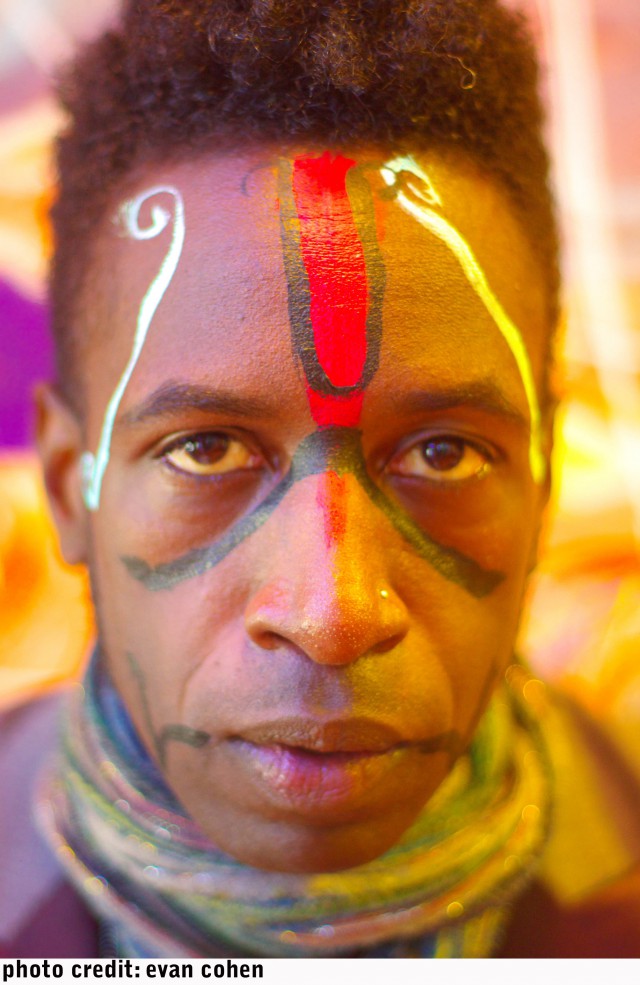 Afro-Punk is, at its core, rebellion.

It’s rebellion against labels, against societal norms; it’s about becoming yourself in a world that tries to shove you into prefabricated corporate identities.

“In all types of communities [not just the black community], kids are ostracized for being different for the kind of music they listen to, for not being a part of the group,” says rapper-poet Saul Williams, who is headlining the Afro-Punk tour, which makes a stop at the Fox Theatre on Sunday, Nov. 8. “We kind of wanted to create somewhat of a support group for urban kids that are into alternative music, basically, and that are into alternative expression, because a lot of those kids end up growing up feeling alone, feeling like we don’t really fit in and feeling singled out.”

Afro-Punk, the documentary, gave a name to the movement in 2003, and the Afro-Punk festival, a daylong event with art, extreme sports and music, began in 2005. The festival offers black kids who prefer punk rock to hip-hop a common ground to meet like-minded people and share experiences. Says Williams:

“Alternatives are necessary when cats feel like the only things they can do is be a thug or try to be the next Kanye or a ballplayer; it’s to say, ‘Oh dude, you can just be you,’” Williams says. “You can be you at any direction you turn. You’re not selling out; you’re not losing yourself. You belong… And you’re still cool and you can still have street credibility.”

This year, organizers launched the first touring version of the festival and asked Williams to headline. He agreed, dusted off his alter ego from his latest album, 2008’s The Inevitable Rise and Liberation of Niggy Tardust, and hit the road.

“I think [Niggy Tardust] fits into that sort of perception of what they’re talking about as far as kids who dare to be different … Wanting to be around other kids who care to be different. That would be cool because that’s what Niggy Tardust is about. It’s about that freedom of expression and about daring to be yourself even in the face of people who have no clear understanding of who you are and how much you can encompass.”

So who is Niggy Tardust, other than a nod to David Bowie’s androgynous alien rock star?

“He’s a hybrid,” rapper Williams says of Niggy Tardust. “What I mean by that is I see him as a member of sort of a neo-envisionist tribe. Those of us born today, we could easily fall into categories of what we’re born into — white, Catholic, black, Christian or any of these things. Those things signify our parents more than they signify us … We embody a lot, and Niggy Tardust is about saying, ‘I embody all these things, I am what you see me as and so much more.’ “I don’t call him post-racial, I call him meta-racial … Post-racial talks about the idea of a society that no longer defines itself according to race. Meta-racial can say, OK, I don’t mind being a part of this category. Yes, I am African-American. I can accept the title if you can accept that none of the things that you want to place with the title are an essential part of it, essentially. So it’s not shunning the idea of race or trying to sweep it under a rug but it’s saying, ‘Yeah that plays a part. But there’s so many other things that play a part. I’m willing to use it.’ It’s like looking at race as a form of technology, saying like, ‘Being born with these things enabled me to understand this community, this way of speaking or what have you, and so I use that for a particular thing, but it’s not where I stay. It’s not where I live. I don’t live within the concept of identity that characterizes me as black or as white or any of those things. It’s beyond that.”

Williams’ music has always been hard to categorize. He plays with a band that veers more toward rock rhythms than hip-hop beats. His lyrics can vary between spoken-word righteousness to punk-rock mantras. Niggy Tardust takes a turn towards industrial rock, an influence easily credited to Trent Reznor of Nine Inch Nails, the album’s producer. The first track, “Black History Month,” is straight-up hiphop, while the second song, “Convict Colony,” is more of a punk-meets-grimy-industrial-synths type of song. Reznor’s back-up vocals on “WTF!” provide a chilling complement to Williams’ lead, making the song one of the album’s highlights. The album is an eclectic example of how many different directions hip-hop can go; it’s as much inspiring experimentation as it is Williams’ own brand of music. And that head-first journey into music, damn the results, is the spirit of the Afro-Punk movement — do what’s truest to your own self, and to hell with anyone who tells you otherwise.