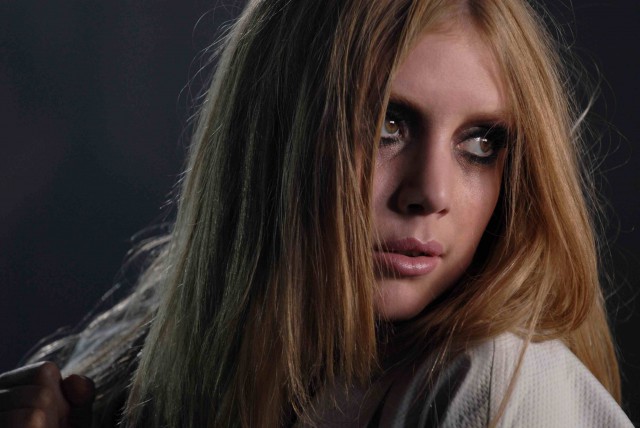 There’s nothing that compares to Scandinavian pop. Whether it’s a deep appreciation of the arts, the stunning landscape all around or the harsh winter season that forces songwriters inside to write for much of the year, the region produces some of the most beautiful and weirdest pop albums year after year.

Lykke Li has provided two more pillars in that movement with her debut, Youth Novels, in 2008, and Wounded Rhymes earlier this year. The 25-year-old Swedish songstress constructs electronic pop arrangements bolstered by orchestration both whimsical and tender, and the corresponding acclaim has her headlining coast to coast on her current tour with First Aid Kit as they stop at the Ogden Theatre on Friday, Nov. 11.

Despite the growing audience and positive attention that comes with late-night television slots and major festivals like Coachella and Lollapalooza, Li says the darker profile on Wounded Rhymes is only a lighter shade of what’s to come. As bright as the spotlight shines, the darker aspects of her personality are what interest her most.

“My life and my music go hand in hand, so it was my life that led me to these darker places,” she says about her latest album. “I think that Wounded Rhymes was the album that I tried to make with Youth Novels. I was just so young and inexperienced on my first record that I couldn’t get there. Even though I had a lot  though I had a lot of darkness in me, I couldn’t really let it out, and I want to keep going there. I want to get darker and darker. It’s what is in me. I think that’s just what I’m drawn to sound-wise. Even with this record, I feel like I didn’t master it completely.”

While that might sound morbid, the music conjures descriptors like “majestic” and “beautiful.” Li says that’s because people often think of darkness as a bad or negative thing, but for her it’s the very source of her strong emotional appeal.

“For me, something dark is not necessarily something negative,” says Li. “For me, darkness in life and hardships in life are so beautiful. It’s such a strong feeling. You lose someone and then it hits you in the gut. You feel it physically, so it conjures these strong emotions that become so physical. It’s something that you can really feel, and that makes it easier to describe those feelings because it becomes so exact. So it’s just about tapping into those experiences in a way that makes something beautiful and worthwhile.”

When it comes to Friday’s show, Li says she’s not quite sure what to expect since her band has often been changing the entire set night after night.

“We’ve been playing together for so long, my band and I, and we try to make it this organic thing,” she says.

“Every night we try to push ourselves harder and harder, and finally, when you play the songs for so long, then you really know them so you can let go, experiment and be loose and let the audience decide what will happen. The entire affair is a very living thing.”

But Lykke Li says she cannot stand her debut album.

So fans of Lykke Li should mostly expect songs from Wounded Rhymes. Although you might not recognize what you hear.

“The new songs shift. Sometimes we’ll make them harder, or sometimes we’ll strip them back. It all depends, really. Last night, we did a really stripped-back, and tomorrow I’m doing the same with all acoustics and no electronics. Other times, we’ll make it all about the electronics, so I just have to do what challenges me.”

While she mentions that she’s ready for a break, she’s still quite excited to play the shows left on the tour.

“The amazing thing about it is that I started in Washington Square Park in New York playing for four people, and then I went to standing in front of Central Park in front of however many thousands. I always think, ‘Wow, there’s no way that it can get bigger than this.’ I’m very humbled, and I’m always surprised that people come to my shows. In fact, I also think it’s the last time they’ll probably come. I don’t take anything for granted.”