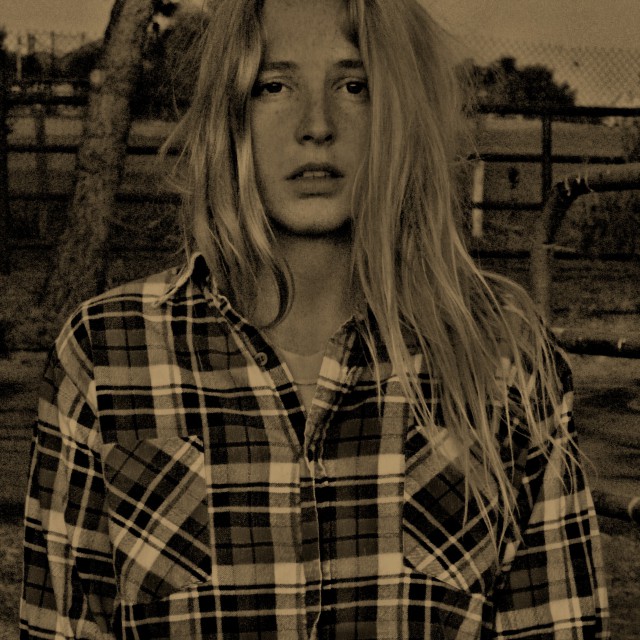 Folksy bordering on irritating at points, newcomer indie singer/songwriter Lissie‘s [Lissie Maurus] EP Why You Runnin’, out Nov. 10 on Fat Possum Records, makes an unstable but positive debut with her new label.

Lissie hails from Rock Island, Ill., and her origins give her sound a unique quality that just slightly separates her from other indie singers. The country twang in her voice might turn off some listeners, but for her, it works.

The five tracks of Why You Runnin’ make for an uncomfortable ride, starting out high but finishing low.

Simply put, the first three songs on Why You Runnin’ are unique, well-produced, and solid gold. “Little Lovin'” comes in quiet and meek and quickly builds to a proper country sound that’s impossible to not rock out to. The next track, “Wedding Bells,” while cute and seemingly proper, has a sound both mournful and emotional, though the sappy lyrics almost make me feel embarrassed for listening.

The EP takes a surprising turn midway through with “Oh Mississippi.” The song has such a traditional sound that it feels more like an ode than an indie folk ballad. I found myself attracted to the song, though I usually avoid that genre.

After that, it all goes downhill. Maurus runs out of steam with the last two tracks “Everywhere I Go” and “Here Before” and reverts to repetitive and predictable songwriting, leaving listeners frustrated and feeling as if they were somehow cheated out of better music. The final tracks, like the album’s cover and Maurus’ hometown, are flyover country.

Perhaps it is because the first three tracks are so genuinely good that the EP is such a letdown. Had all five tracks been mediocre, I would have expected the last two. Since this is not the case, I have mixed feelings.

Why You Runnin’ has heart. Lissie’s voice is a powerful one. It’s too Midwestern, rural, and thin to be the strings of a soul singer, but it’s damn close all the same.

The production, especially on vocals, is something to cherish throughout the album, with warm reverb that adds richness to her voice without being distracting. Lissie’s vocal harmonies, like the reverb, layer in subtly to great effect.

Unlike the strong lyricists that dominate indie folkdom, Lissie shies away from poignant symbolism and meandering metaphorical anecdotes in her songs. Her words aren’t particularly artful, but they’re not trying to be. The same can be said for many other aspects of the album.

Why You Runnin’ isn’t reinventing the wheel, it’s simply repackaging it. But in all honesty, Lissie deserves credit for that.