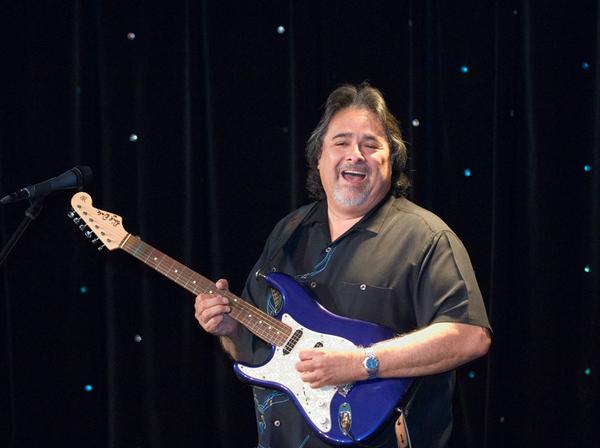 With all the hallmarks of the classic rocky road to success as a blues musician, Coco Montoya’s story is filled with its share of peaks and valleys. But no matter how you shake it, there always seemed to be a certain feeling of destiny attached to Montoya’s rise to renown, as if he were placed on this earth to play the blues guitar whether he liked it or not. And so he does, bending those strings as though each bone-melting note could be his last.

Inspired by listening to his dad’s big band records, Montoya started playing drums in his pre-teens, and it appeared that percussion was the end-all. But this changed some years later when Montoya accompanied sax player Sonny Boyer to a performance at the Whisky A Go Go in Chicago to see blues drummer Buddy Miles. Boyer had told Montoya that Texas blues guitar great Albert Collins would also be in the audience, although Montoya had no idea who that was.

It wouldn’t be long until he found out. Albert Collins — aka the “Ice Man,” best known for his style and special tunings on the Fender Telecaster — was known for his legendary stage antics, for instance, leaving the stage and strutting around the venue, stretching out a coiled guitar chord, sometimes even exiting a hall and playing in the street outside. Several years after their meeting, in 1972, Collins called Montoya up needing a replacement drummer, and Coco jumped at the opportunity.

“Albert was probably the most dynamic performer I’ve ever seen, and I’ve seen a lot of ’em,” Montoya explains. “He was the most incredible player with the most unique sound. I personally don’t think there was anybody better than Albert.”

Collins became Montoya’s mentor, but not on drums.

It was during his five-year stint as Collins’ drummer that Montoya found his true calling — blues guitar — and Collins would help send the 20-something down the road of eventual mastery.

“The most important thing I learned from him was to not over-analyze, but to just do,” says Montoya. “Don’t think about it, just feel it. And that was perfect for me because I was an uneducated player. It was a good connection for me, and I learned how to just feel things and kinda go with what your true instincts are or your true emotions are.”

However, in the late 1970s, the rise of disco music put a serious kink in both Collins’ and Montoya’s careers as blues musicians, as the genre temporarily faded from popularity. While Collins had to moonlight as a truck driver to pay the bills, Montoya took a day job, deciding to leave the stage permanently to begin a new career.

“I ended up just getting out of the business,” says Montoya. “I was just trying to keep my head above water. I never thought I’d ever be back in the business. I just thought maybe I could play on the weekends or something at some little $30 or $40 dollar gigs and be a weekend warrior.”

And then, some years later, fortune struck again. During one of those weekend gigs, John Mayall of the legendary Bluesbreakers sat in the audience and afterwards offered Montoya a job as guitarist to replace Mick Taylor, who was then leaving to tour with Bob Dylan.

“I thought, ‘There’s something that’s not going to come my way too often,’” says Montoya. “So I decided to go with it. I figured if I lasted a week or two, I could at least say I was a Bluesbreaker.”

The gig lasted from 1984 until 1993 when, after consulting with both Collins (then dying of lung cancer) and Mayall, Montoya decided to shift gears and go solo. To date, that career has spawned six critically acclaimed records, beginning with 1995’s Gotta Mind to Travel and leading through 2007’s Dirty Deal. The current tour is in support of Montoya’s forthcoming CD, I Want It All Back, due March 9. A mixed bag of some of Montoya’s most influential music, the record contains a handful of new songs tossed up with some classics, and even includes some doo-wop. While Montoya thinks the record might receive some flack from the critics, it falls in with his vision of the everchanging future of blues.

“It’s the original American-made music. It’s a link to everything else you’re hearing.”