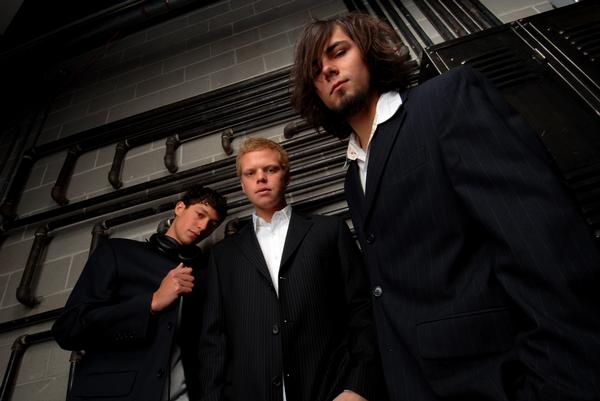 Savoy has been in existence, in a sense, ever since its three members moved into Williams Village together as dorm-mates, long before they were able to think of a band name or open up a laptop on stage. Producers Ben Eberdt, Gray Smith and percussionist Mike Kelly have since graduated from the University of Colorado, but the group’s Oct. 24 CD release will be just as momentous as turning a tassel — and is surely more satisfying for the die-hard musicians.

“It’s been an absolute marathon,” Eberdt says, sitting with the band outside a north Boulder coffee shop, squinting in sunlight he and the band haven’t seen for days. In the crunch to finish the album before the release party at the Fox Theatre, the last few weeks have been nothing but bass for breakfast and oscillators for lunch during a lock-in at the band’s north Boulder home. “I haven’t taken a shower in five days,” Eberdt says, “but I took one today; it’s all good.”

And now Automatic is complete. It is the long-awaited debut and sigh of relief from the band, which has to date only released one EP and one remix on its MySpace page. The new album will combine tracks from the EP with the band’s recent work and a few “surprises” they’ve been saving for the album.

“It’s chock-full of bangers,” Eberdt says with confidence. The album is a product of the group’s musical development, stretching from dorm-room acoustic jam sessions to the chop-building house parties they played on the Hill during the band’s incarnation as a jazz-funk trio.

“It’s all we have to show for ourselves. Not all we have, but all we want to say,” Kelly says.

The three have never doubted they were going to make it big. But when they decided that guitars and drums couldn’t quite fill out their sound, they were unsure how to go about that.

“[Our music] always had a dance edge,” Smith says, “but it wasn’t full enough, and it wasn’t hard enough once we started really getting into it. We got turned on to all this European music, and it just didn’t match up. So we had to ditch the guitars and rage the synths.”

“The biggest thing for my group of friends was jam bands,” Eberdt says, “long guitar solos and all that kind of stuff. Then Phish stopped, and all the jam bands started sucking, in my opinion. Like, bad. Everyone got into something else, and it happened to be electronic music.”

And ever since their sold-out debut show at the Fox on April 20, the three laptop giants have been riding (or maybe pulling) the momentum of the Boulder electronica wave. They describe themselves as techno/house, but in an industry that genre-labels past the point of sarcasm, labels hardly mean anything. (Eberdt mentions a recent genre tag somewhere along the lines of Celtic/ wavecrunch-murder.) For people who keep up with electronic music in Boulder, Savoy makes sure all the familiar womps, glitches and wobbles are loud and proud: Check out their remix of the Beastie Boy’s “Body Movin’,” which captures the original song’s swagger within a sphere of saturated aural honey, or the dance anthem “FEET” that collects influence from across the board of French house music. If you don’t keep up with electronic music in Boulder, a good place to start would be Savoy’s remix of Damian Marley’s “Welcome To Jamrock,” a cross between classic dub and the sound of your brain being forced out of your ears, that has been huge with students on the Hill since its release on MySpace this summer. (All tracks are available at www.myspace.com/savoyband.)

Though it’s taken years for Savoy to release a full album, it’s as calculated a maneuver as everything else the band has done. They could easily tour more vigorously, Eberdt explains, but it’s important to “space out your plays, look for the best bill and create the hype.” Savoy wanted to avoid being a one-club band, which could take years to bring them any attention. So they put their collective college experience together (majors in business marketing, business finance and communication) to craft a well-executed hype-building strategy that vaulted Savoy straight to the top of Boulder’s underground music scene. Call it playing hard to get, but their plan has set up the band for an enormous coming-out debut. Let’s just hope all those days without showering will pay off.