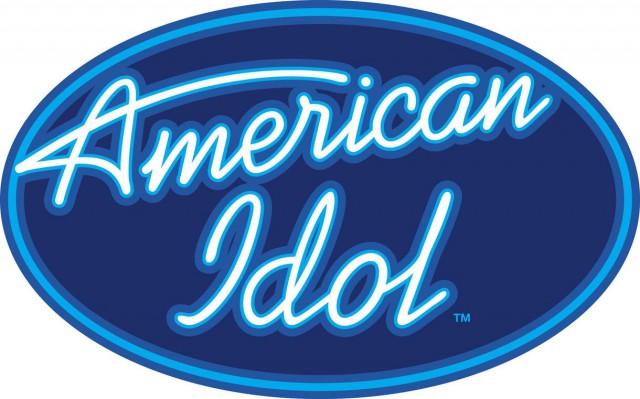 LOS ANGELES — Something about TV singing shows tends to bring out the worst in human nature: put-downs, feuds and back-stabbing.

But enough about the producers. At least the contestants are usually polite to each other.

When Fox’s “American Idol” rolls out its 11th season
Wednesday, the No. 1 show will face a newly competitive landscape.
“Idol” returns mere weeks after “The X Factor,” the spawn of ex-”Idol”
judge Simon Cowell, wrapped up its inaugural run on Fox. And NBC will
give the second season of its singing contest “The Voice” a huge push
with a post-Super Bowl premiere early next month.

The pileup has made for some sharp elbows among the
people who put on vocal elimination contests, which have become critical
to the American TV business. Every broadcast network is now either
reliant on a high-rated singing show, or trying to figure out how to
counterprogram against one. And that’s not counting NBC’s
variety-oriented “America’s Got Talent” plus dance franchises such as
ABC’s “Dancing With the Stars.”

“We kind of invented this whole game that everybody
is now copying,” Randy Jackson told reporters last week. (The only
original judge left on “Idol,” he will be joined again this season by
Aerosmith frontman Steven Tyler and pop diva Jennifer Lopez.) Jackson
added that although “X Factor” managed decent ratings for Cowell, it
probably did not deliver on “the expectations he wanted.”

In an interview with the Los Angeles Times last
month, meanwhile, “X Factor” impresario Cowell looked askance at the
kinder, gentler approach favored by “Idol” after he left the show at the
end of Season 9.

“To me, they’re like ‘The Waltons’: popular,
harmless, a lot of people like it,” he said of “Idol.” “And maybe we’re
like ‘Dallas,’” referring to the over-the-top 1980s soap of Texas barons
behaving badly.

Of course, the larger question isn’t which show
claims this or that bragging right, but rather how long this particular
programming craze will last. Television tends to run in observable
cycles, and the fortunes of networks rise and fall on getting in and out
at the right time. A decade ago, ABC became the No. 1 network with “Who
Wants to Be a Millionaire,” only to fizzle fast when it overplayed the
show and the quiz-show boom receded.

“The genre is getting a little cluttered,” Brad Adgate, an analyst for New York ad company Horizon Media, said of singing shows.

Jeffrey McCall, a communications professor at DePauw
University, wondered, “At what point do all of these aspiring singing
stars start to look and sound the same?”

McCall argued that the popularity of singing shows is
a byproduct of difficult economic times. “Shows like this sell a brand
of optimism and hope that is really needed when the nation’s outlook is
bleak,” he said. “Audiences live vicariously through these aspiring
vocalists wanting to prove themselves. If the economy takes off again,
this need for optimism is somewhat diminished.”

But for the moment, the singing genre rules TV. And
that has made for some fierce behind-the-scenes battles among the folks
who create the shows.

Cowell has been engaged in a long-running feud with
Simon Fuller, creator of the British series “Pop Idol,” which was
adapted into “American Idol.” Fuller sued Cowell after the latter
created the United Kingdom version of “X Factor,” which became a hit.
The pair eventually arranged a settlement that entailed Fuller’s getting
an executive producer credit on the British “Factor.” But when “Factor”
came to the U.S. last year, Fuller sued again. Cowell has this time
publicly scoffed at his former friend’s demand for credit.

That history helps explain why relations between “Idol” and “Factor” aren’t exactly warm, despite airing on the same network.

Cowell says he has a plan to keep “Factor”
competitive by changing the show, but he declined to discuss those
changes until his rivals have already premiered. “What we’re gonna do is
different,” he promised.

Meanwhile, NBC has had to step carefully with “The
Voice,” which like “Factor” uses established pop stars in dual roles as
judges and mentors. Cowell is the executive producer of “America’s Got
Talent,” the top-rated show that is crucial to NBC’s summer prospects,
so the network’s executives were eager to avoid offending him, giving
him a heads-up before they proceeded.

“The Voice” peaked with a solid 14.4 million total
viewers last May, but eroded a bit as the show headed toward its late
June finale. Paul Telegdy, NBC’s president of alternative and late-night
programming, said that this time around, in response to viewer
feedback, the show will spend more time telling the contestants’
stories. The show’s performance is especially crucial to NBC because
virtually its entire new fall slate got hammered in the ratings.

“We’re doing an awful lot to ensure that it’s
creatively invigorated,” Telegdy said. Another point of differentiation,
he added: “The Voice” doesn’t use the audio “sweeteners” and other
tricks that “Factor” and “Idol” have at times openly used, especially
for group performances. (Leroy Bell’s botched lip-sync during one
“Factor” episode became widely talked-about online.)

“Idol” is returning in a powerful position. It’s been
TV’s top show since 2006. And last season — the first without Cowell —
the show’s ratings went up for the first time in years.

Even so, the makers of “Idol” aren’t taking any
chances in an ultra-competitive marketplace. Last week, executive
producer Ken Warwick told reporters that “Idol” still had the best
record of producing bona fide recording stars, such as Carrie Underwood
and Kelly Clarkson. (Most recently, the series made a country star out
of season 10 winner Scotty McCreery, who had a No. 1 album.)

Jackson could not resist piling on.

“The winner of ‘The Voice,’ as I will remind you, was
an artist that had a deal at Capitol Records for many years, a failed
contract over there,” the “Idol” judge said. “That show, it was almost
like second-chance people.”